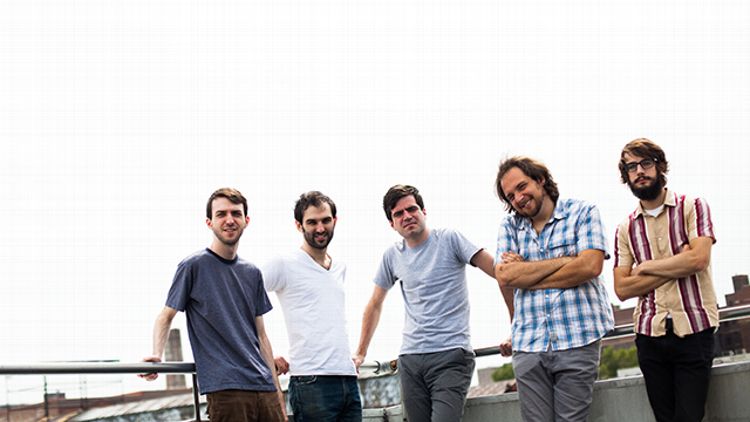 This week New Jersey maximalist punk band Titus Andronicus releases its third record. It’s called Local Business, and it’s very good. I’d like to go into specifics regarding the how and the why of this record’s goodness, but there’s a problem, and I guess you could call it an appreciation gap. Titus Andronicus is one of those bands that a small but significant group of people know and love intensely, and a much larger group don’t know at all. There really is no in-between here. To know Titus Andronicus is to love them. To not know Titus Andronicus is to feel hostility over yet another “cool” rock band being foisted upon you by roving gangs of emaciated, patchily bearded hipster devils.

I don’t want to inspire violent, knee-jerk reactions in Titus Andronicus neophytes, nor do I want to appear pedantic to those who already care about this band. So I’m going to address both groups separately. If you’re already a Titus Andronicus fan, please skip ahead to the bolded words “NOW FOR THE REST OF YOU.” I’d like to first address the neophytes:

So, thanks for sticking with this! First, some background: Titus Andronicus is a five-piece band that formed in 2005 and released its debut, The Airing of Grievances, in 2008. Yes, the album title is a Seinfeld reference. Yes, the band’s name is taken from a 16th-century Shakespearean tragedy. Herein lies the dichotomy where Titus Andronicus’s music lives: This band can be very funny and silly, and it can also be heartbreaking and intellectual. The magic of Local Business is that it veers between songs called “Upon Viewing Oregon’s Landscape With the Flood of Detritus” and “Food Fight!” That sums up Titus Andronicus’s aesthetic in a nutshell.

Musically, Titus Andronicus sounds pretty much like whatever the boilerplate sound for a punk band in your head is — only the songs are somewhere between five and 14 times longer. You also need to insert pianos, saxophones, the occasional spoken-word piece, and about a dozen more guitars. The deal-breaker with this band is probably the lead vocals by front man Patrick Stickles, but lead vocals tend to be the deal-breaker with 95 percent of bands, so just deal with it. (The vocals grow on you eventually, I swear.)

Because Titus Andronicus hail from New Jersey, the band is inevitably compared to Bruce Springsteen. This is apt only in terms of the surging uplift of the music and the epic nature of the songs. Every Titus Andronicus track has the emotional tenor of “Jungleland,” with an extra dose of intensity that can be likened to being chased by a pack of surly elephants down an increasingly narrow alleyway. This is not music intended to be experienced while enjoying a dinner party with your boring grown-up friends; it is good-time, celebratory stuff that also feels like a matter of life and death. (This also applies to Titus Andronicus’s justly celebrated and energetic live show, where said elephants are set loose in the audience, though only in a figurative sense.)

The best introduction to Titus Andronicus, conveniently enough, is Local Business, which is the most direct and digestible record the band has yet made. Which means it’s the opposite of Titus Andronicus’s previous record, 2010’s The Monitor, an ambitious sprawl that uses the Civil War as a metaphor for the spiritual upheaval experienced by a young, sensitive dude in the 21st century. Local Business, in contrast, is merely a collection of very good, stirring rock songs. You do not need to use a Ken Burns documentary as a reference to “get” Local Business. But I would recommend playing it on an actual stereo vs. your computer speakers. It also helps to have a whiskey bottle that’s at least two-thirds full within easy access by the time you push “play.”

A warning: This record will make you want to hug your best friend, and/or punch that person in the face. So you might want to stay away from your best friend when this record is on, and just text him/her instead.

NOW FOR THE REST OF YOU, the question with Local Business isn’t whether it’s good, because of course it is. It’s whether it’s as good as The Monitor, which is the record that elevated Titus Andronicus from “very good indie-rock band” to “very good indie-rock band that makes diehards go insane with hyperbole.” Comparing Local Business to The Monitor isn’t really fair, as they are plainly different records that are good in different ways. There is nothing on Local Business that packs the gut-punch power of The Monitor’s most overwhelming moments; Titus Andronicus didn’t even bother trying to top the beer-spilling, scream-along qualities of “No Future Part Three: Escape From No Future.” But Local Business breaks down easier into component parts; it is a much better mixtape record, in other words.

To use one of Titus Andronicus’s spiritual cousins as an example, Local Business is the band’s Stay Positive. In the realm of Hold Steady records, Separation Sunday is probably “better” than Stay Positive as an album, but Stay Positive has more songs that you want to revisit on playlists. Local Business actually gets catchier as it goes along, opening with the high-energy wallop of “Ecce Homo” and “Still Life With Hot Deuce on Silver Platter” before taking a deep breath and settling into the confidently stomping “In a Big City” and the near power-pop of “In a Small Body,” which boldly incorporates strings into Titus Andronicus’s hardscrabble, kitchen-sink cacophony. (The appearance of strings on Local Business automatically means it sucks for some people, but it grows on you eventually, I swear.)

I could call Local Business Titus Andronicus’s “mature” record, except that would make it sound horrible. Instead, let’s refer to it as the band’s “sustainability” record. The torn-and-frayed, white-hot ferocity that fueled the first two records is not the stuff that lasting careers are made of. As much as I love those records, Local Business makes me grateful that Titus Andronicus has found a way to stick around for a while.