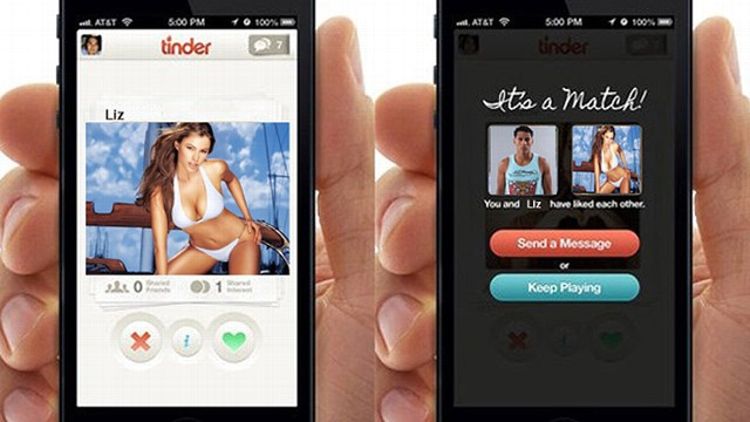 The attractiveness-rating website Hot or Not was founded in 2000 by Silicon Valley engineers James Hong and Jim Young to serve as “a technical solution to a disagreement they made one day over a passing woman’s attractiveness.” Phrased originally as a question (“Am I Hot or Not?”), it dropped the “Am I” for the catchier “Hot or Not,” whose lack of question mark makes the interrogation feel more grim and reminds you that it is a mechanized poll conducted by a non-person. Hot or Not eventually evolved into a matchmaking site, one that falls somewhere between OkCupid and Adult Friend Finder on the yardstick of creepiness. While Hot or Not came after RateMyFace (1999) and AmIHot (also 2000) and didn’t add any new functions to the Y/N photo-rating concept, it was more popular than either of its forebears.

Mark Zuckerberg was inspired by Hot or Not to create Facemash, the early version of Facebook, as mythologized in The Social Network. Likewise the founders of YouTube originally planned to develop online video content just so they could create a site like Hot or Not with video. Jawed Karim, who cofounded YouTube and designed much of PayPal, has said that Hot or Not was so monumental because “anyone could upload content that everyone else could view. That was a new concept because up until that point, it was always the people who owned the website who would provide the content.” It probably didn’t hurt that most of these developers were teenage boys when Hot or Not launched, placing them firmly in the site’s target demo.

Hot or Not was controversial, sparking debate about whether sites that averaged attractiveness were a step toward digital eugenics, or just a cynical, realist reveal of the bleak fact that some are “hot” while others are “not.” The problem underscoring Hot or Not is the assumption that hotness is objective and mathematical, rather than deeply personal and culturally influenced. When James Hong and Jim Young had their original disagreement over whether the female passerby was attractive, they were both right. What sites like Hot or Not determine is not any kind of ultimate opinion, but the average one. While some branches of evolutionary psychology would argue that certain traits, such as hair on men or neotenic features on women, are innately preferable, overarching scientific theories of attraction tend to ignore how much we are influenced by cultural conditioning. OkCupid monitors trends on its dating site with infographics and blog posts, the most popular of which discusses the high prevalence of racial prejudice on the site.

Several apps that aim to capture that sexual social-networking magic for a smaller screen have been rolled out recently: Tinder, Skout, and Bang With Friends all aim to combine the “Do I want to have sex with this picture?” portion of Hot or Not with the “Do I want to date the person that this picture represents in real life?” geolocation aspect that other dating sites implemented later. Bang With Friends got some attention last week after its “Bang With SXSW” version of the app — its attempt to promote Bang With Friends by piggybacking onto the tech week of the Austin festival — was banned by organizers for using “SXSW” without permission. Of course bad promotion is still promotion, and the anonymous founders of Bang With Friends claim that “Bang With SXSW” created at least 221 virtual hookups, and that the proper app has 750,000 users, about 70 percent of whom are between the ages of 18 and 34. One of the founders, C, whose contact e-mail used to be “pimpin@bangwithfriends.com,” says that the app is so popular because it allows users to admit they are judging other people solely by appearance, rather than pretending to evaluate an entire online profile. While it was designed to appeal to younger people, assuming many of them would like easy access to new “friends with benefits” situations without all the emotional work of actual dating, the women still have to show up for that to happen. As with most “friends with benefits” situations, “friends” is used by Bang With Friends mainly as a euphemism for “attractive person you don’t wish to get too emotionally attached to,” even though not being emotionally attached makes that friendship ultimately fairly shallow.

Not every hookup app is as blatantly sex-focused. Apps like Skout and Sonar are aimed at forging friendships just as much as one-night stands, even though they mostly get used for the latter. Tinder and BWF are similar to Grindr, the gay “geosocial networking application” launched in 2009 that quickly became the vanguard way to cruise for sex. Grindr launched a heterosexual version called Blendr with the option to use it platonically, but it failed to catch on. Tinder’s name sounds enough like Grindr’s to remind you that it’s not a campfire-making app, although you wonder why they didn’t just call it Fuckr. Meeting people in real life whom you first encountered on the Internet seemingly becomes less taboo every year. A decade ago online presence still came with some connotations of antisocial nerdiness, and online dating was commonly thought of as being for losers who couldn’t meet people in real life. Now it’s become so mundane to post attractive photos of yourself in a public place that we no longer remember when it seemed strange to do it.

I was pretty skeptical about Tinder, whose name is less imposingly Maxim than Bang With Friends. A single male friend signed up as a guinea pig and scrolled through the female users, clicking yes or no. I initially thought the site was full of fake profiles because so many of the girls seemed like fish for a stocked pond. An absurdly high number of female Tinder users were 18 or 19, conventionally attractive, and blonde. A few days later at a party, I witnessed “N,” an actual Tinder user, shuffling through photos on his phone in broad view, as a curious group of onlookers watched over his shoulder. He swiped through profile photos at lightning speed, deciding yes or no instantaneously. Another friend who’d signed up, “J,” had been swiping more cautiously, clicking through multiple profile photos of each girl (which are uploaded from your Facebook profile pics). N told J that he was doing it all wrong; there was no point in looking through an entire profile unless that user had also “liked” you, at which point you get to do follow-up.

If two Tinder users both click “yes” on each other, the service shifts into a texting mode that allows the users to make contact, similar to Twitter direct messaging or Facebook messages. It’s very smart. The Twitter and Facebook private messaging services feel more casual than full e-mail, but are still more formal than instant messaging or Facebook chat. N said this was his favorite function of Tinder; it was just a gateway to flirt texting. He’s met five girls with the app so far. Amazed that I was watching the app catch on in real time, another partygoer who was a female Tinder user demonstrated that she and “N” had been matched, having clicked approval on each other’s photos. I had her show me what the app looked like for a female user; the men were much more average-looking. It seemed more believable than my first glimpse of Tinder; I realized later that proximity to USC had probably brought up a lot of college students trying the app as a goof (hence all the attractive blonde 19-year-olds).

There’s frisson to being able to look for sex discreetly from a palm-sized device while pretending to do something else, but I imagine that picking out partners online is something like picking out clothes: They might not always fit in person. Increased specialization won’t necessarily lead to increased customer satisfaction, just like sex with a hot stranger might not be as fulfilling as when you fantasized about it. On the other hand, it might be more fulfilling than you ever imagined, but you won’t know until you meet. Online relationships are limited in depth. They work best when they either allow a real friendship to embroider itself on an Internet plane or introduce you to people you can eventually form real friendships with. Not all virtual chemistry translates to reality, no matter how much you want it to, no matter how good they looked on Snapchat. It’ll be interesting to see whether these new apps have the sticking power of Grindr, or if they’ll get supplanted by the next generation of apps combining social networking with sex. As with any relationship that goes from digital to meatspace, all the real action happens off-screen.