#ThuggerForTugger: A Modest Proposal to Put Young Thug in the Rap-Enhanced ‘Cats’ Musical 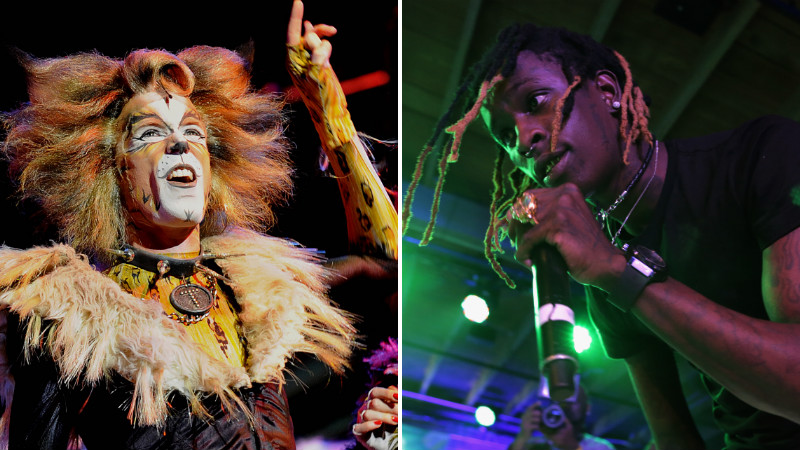 I should say first of all that I am by no means a musical theater expert. But I know people. And most of them are terrible. So I’m going to assume that you received plenty of negative feedback on Monday after you announced that you’d be changing some things about your musical Cats before it reopens in London this December, for the first time in 14 years. I imagine you had to stay off your @OfficialALW Twitter page entirely, due to all the angry Cats purists metaphorically (or non-metaphorically, who knows?) bristling and hissing in your mentions column about your decision to rewrite the lyrics to “Growltiger’s Last Stand,” a song about a pirate cat that you admitted was “never my favourite moment of the show.” Haters probably bombarded you with crying-cat emojis and hurtful hashtags like #FireLordAndrew and #JusticeForOriginalGrowltiger.

But I’m not here to talk about feline river-piracy, Lord Andrew. What grabbed my attention was the news that in this production, the character known as the Rum Tum Tugger will now be a “street cat.” A street cat who raps. (This was obviously not how he was portrayed in T.S. Eliot’s original book of poems, Old Possum’s Book of Practical Cats, on which your musical is based.) “I’ve come to the conclusion having re-read Eliot,” you said, “that maybe Eliot was the inventor of rap.” Normally upon reading something like that, I’d assume someone had bet you that you couldn’t trivialize both rap and T.S. Eliot in the space of a single sentence, and that you’d just won Stephen Sondheim’s car. I think we can infer from his elegant way with a Booker T. Washington joke that T.S. would not be psyched to be remembered as an architect of hip-hop, although he did write a dirty poem called “King Bolo and his Big Black Bassturd Kween” once.

In the Eliot poems, the Rum Tum Tugger is portrayed as a somewhat irritating contrarian who’s perpetually dissatisfied, a quality arguably ascribable to all cats, as well as Prince’s mother. But he’s the Ziggy Stardust of Cats the musical, a larger-than-life and confrontationally glamorous trickster/frontman figure, somewhere between Conrad Birdy and Jareth the Goblin King on the camp-O-meter, who’s provided generations of rockstar-wannabe theater majors with an excuse to stuff their delusions of Bowie into a fur-trimmed codpiece. You’ve said that he and his moves were an homage to Mick Jagger, who was not exactly the freshest of pop-cultural reference points even in 1981 when the show premiered; at this point the R.T.T.’s hip-swiveling entrance is kind of the most dated and laughable part of a show that, respectfully, your Lordship, kind of does not suffer from a dated-laughable-parts shortage in 2014.

And that’s from the official home-video version — I’m not linking to any of the community-theater ones because those people do it for the love and don’t deserve mockery in this space, but yikes.

I have no doubt that the idea to freshen up the character by making him a rapping street cat comes from any number of good and sincere places. You’ve correctly surmised that rappers are the approximate pop-cultural heirs to the rock-frontman tradition to which the original Rum Tum Tugger’s gestural repertoire was a nod. And you want this show to speak to a younger generation so ruined by texting that they can’t tell Mr. Skimbleshanks the Railway Cat from Bustopher Jones.

But as I see it, Lord Andrew, you’re now in more peril than you know. It’s not that there isn’t a history of mutual affinity between the rap community and the cat community, as this invaluable slideshow illustrates (you should bookmark it). Fritz the Cat was hip-hop, and so is DJ Katt Tracks. And there’s that line on the second Showbiz and AG album where AG compares himself to Heathcliff. But DMX doesn’t have a cat-fancying analog. And more often than not, whenever anyone has set out to pay tribute to the poetry of the inner city using anthropomorphized felines, they end up here …

… or possibly even here, in a kind of Heaviside layer of unreason:

Now don’t get me wrong. If there’s anyone who can write some hot bars for a rapping kitty-cat to spit, it’s The Right Honourable Lord Andrew Lloyd Motherfuckin’ Webber. But if you’ll indulge me for another few seconds, there’s something I’d like to modestly propose.

This is Young Thug:

Beginning in 2011, Young Thug put out a series of breathtakingly odd mixtapes whose peak moments involved Young Thug emoting through AutoTune filtration in an absurd yet impossibly ache-filled moan-whine that somehow suggests singing and rapping and sobbing while being precisely none of the above. I compared him to Roky Erickson on this website last year and I was only kind of bullshitting for effect. I also described his breakthrough mixtape as “the sound of trap music with bugs under its skin,” a description I’m quoting here because nobody complimented it the first time around and I thought it was quite good. I don’t always feel that way. They can’t all be gems. I imagine you said that to yourself a lot when you were writing the one that was like Cats, but with trains.

Although record-deal issues appear to have slowed his rise somewhat, “Thugger” continues to release eerie and confrontational music, pushing deeper than just about anyone else into the uncharted emotional/psychedelic territory AutoTune opened up for rappers, begging for his life with every bar, taking a nonsense phrase like “Florida water” and stretching it by repetition into a chewing-gum sculpture of God’s face:

“[His] soul…is mortal and immortal simultaneously: this is a man who gets stoned on a drink of water and urges us to turn up our radios all the way into … the mystic. Visionary hooks his specialty.” The music critic Robert Christgau wrote that in 1970 about Van Morrison’s Moondance; it applies just as well to Jeffrey Williams of Southwest Atlanta as it did to George Ivan Morrison of Belfast. 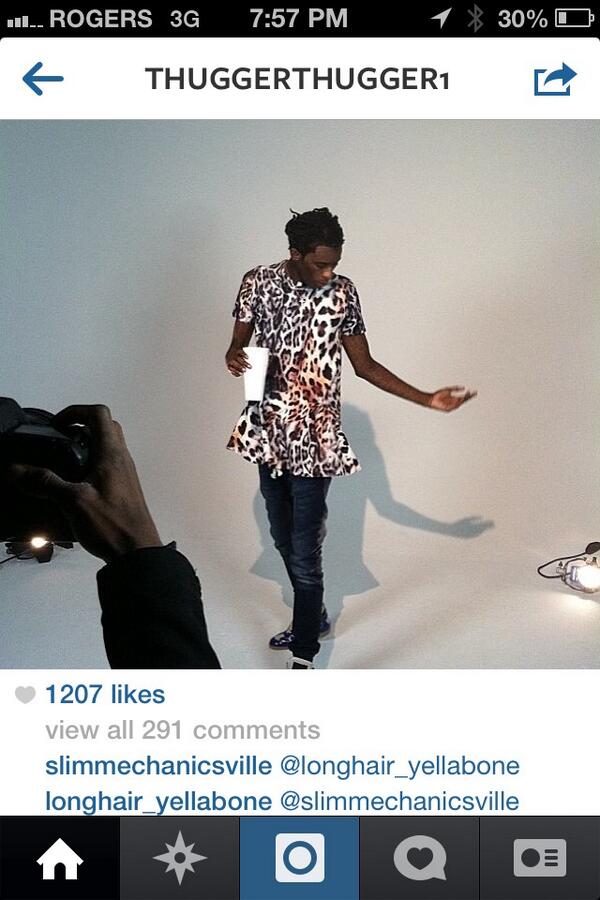 I don’t think I need to connect the dots for you, Lord Andrew. There is only one man with the adventuresome creative spirit, unassailable street cred, and sartorial fearlessness to bring the role of the new, rapping Rum Tum Tugger in for a landing. I almost typed “a landing on its feet,” but this is too important an issue for cat puns. I’m not sure if Young Thug has world-domination plans that involve the West End stage, but I feel like that’s generally an “I’d never thought about it until the day I got the call from Andrew Lloyd Webber” kind of thing for almost everybody, don’t you?

Either way, I’ve taken the liberty of starting a hashtag on Twitter, “#ThuggerForTugger,” which at this writing, a few hours after I initially posted it, has been retweeted twice and favorited more than three times. As a self-taught social-media strategist I recognize the “dormant-volcano period” all powerful hashtags go through before exploding into “#TrueDetectiveSeason2”-level popularity. This isn’t just an idea, Lord Andrew. It’s a movement. One that may have as many as five followers.

Ask around. There are people who will tell you Young Thug and rappers like him are ruining hip-hop. That’s usually a sign that he’s doing something important. Sure, he’s a little bit absurd. But this is a musical in which adults dressed as kitty-cats jump around doing “jazz paws” for 90 minutes. Your audience has pretty much voted “Yes, oh God, yes!” on the absurdity question just by buying their tickets. Way back in 1981, you missed out on the chance to have one future legend in your show when a pre-Damehood Judi Dench broke her collarbone while rehearsing to play Grizabella; I firmly believe that what you have here is the chance to cast another one.

It would also be pretty cool if rather than singing “Old Deuteronomy” as a duet with the silver tabby Munkustrap, Thugger’s Rum Tum Tugger could instead perform that number as a duet with Rich Homie Quan, but I don’t want to tell you how to do your job.