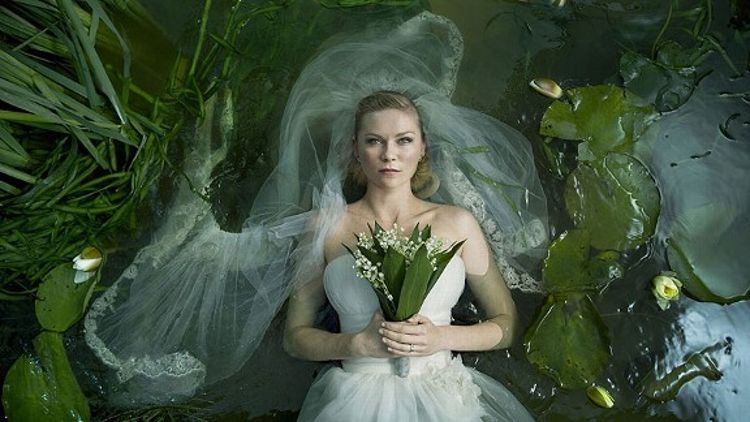 Welcome to the last slow stretch of the Oscar season. Over the next few weeks, a couple of movies will open with the hope of landing acting or writing nominations, but mostly they just want your money (For Your Consideration: The Thing?). The year’s remaining big guns won’t start to arrive until mid-November, and here’s a hunch, based partly on what I’ve seen, partly on instinct, and partly on hope: We’re looking at a year without an early frontrunner. By which I mean that the more than two dozen critics’ groups that announce their year-end prizes in a furiously compressed frenzy of semi-futile self-assertion may not become one big hive mind the way they did in 2009 with The Hurt Locker or last year with The Social Network. It’s possible that The Descendants, the black-and-white silent sensation The Artist, or one of the still-unscreened contenders — War Horse? The Girl With The Dragon Tattoo? Extremely Loud and Incredibly Close? — could turn into The Monolith, but otherwise, December could bring a scattered and chaotic field. Here’s hoping.

So while we wait, perhaps it’s time to turn to the Academy itself. As Oscar-watchers, we all root for excellence to be rewarded. Sometimes that doesn’t happen because of collective bad taste, or sentimentality, or blind spots, or irrational exuberance, but it’s particularly galling when it doesn’t happen because the Academy’s own rules prevent it.

The best foreign film quagmire.
I hate to beat up on the Academy’s foreign-film selection system because in recent years, some intelligent and helpful reforms have actually been instituted. Nobody can say they’re not trying. Unfortunately, the Oscars still obstruct, rather than encourage, the honoring of the best of world cinema. Briefly (at least, as briefly as possible given the sewn-together-Frankenstein-monster nature of the process), here’s how it works. Every country can submit one film for consideration. (This year, 63 countries did.) Those movies are then screened and sifted by volunteer Academy members, who — until a few years ago — would then vote to select five nominees. The problem was that members who can attend enough screenings to vote tend to be L.A.-based retirees with epic amounts of free time. And their creaky taste tilts heavily toward dramas about the importance of the Holocaust and fables about little orphan boys whose only friend is the village mule. Formally challenging or artistically adventurous movies either anger them or knock them cold faster than a hit of Propofol.

Listen, I’m sure it’s hard work. I took a look at some of this year’s titles — not the movies, just the titles — and honestly, I’d have an easier time sitting through Dolphin Tale 2: Corpse in the Tuna Net. Imagine an art-house marquee that looks like this:

The Rumbling of the Stones
Breathing
The Woman in the Septic Tank
The Colors of the Mountain
The Prince and the Pagoda Boy
Montevideo, God Bless You!

Those are real 2011 submissions. Oscar voters, God bless you for your brave efforts.

Anyway. A few years ago, the system was overhauled. The volunteers would now pick nine movies, a list that would be narrowed to five by a smaller group of voters with pulses more diverse and contemporary taste. This helped, but not enough: In 2008, for instance, the grumpy-old-men demographic of the Academy was still able to prevent the year’s two most acclaimed foreign films, Persepolis and 4 Months, 3 Weeks and 2 Days, from even reaching the final nine. So in a further tweak, volunteers now select six movies, a separate committee can add three really good titles that were inexplicably omitted, and still another set of voters then selects the five nominees from those nine.

But what lingers is the original sin: Unlike any other Academy Award, the foreign-film system outsources Oscar judgment to other countries — and the one-submission-per-nation rule makes for a Petri dish of infighting, political resentments, and under-the-table deals. Who are each country’s selectors, how are they chosen, and what guards against favoritism? Who the hell knows? Why is it that Pedro Almodóvar, possibly the most beloved living European director among U.S. moviegoers, can’t compete for best foreign-language film with his elegantly nightmarish new movie The Skin I Live In — just as his last film, Broken Embraces, was ineligible? Because Spain didn’t pick him, that’s why.

There’s some merit to the submission rules, which at least insure that an extraordinary range of countries gets to run one movie past the votership each year. The Academy doesn’t need to overrule those selections. But why not amplify them with, say, half a dozen well-received foreign films that opened here during the year or won major film festival prizes but weren’t submitted by their country of origin? (Perhaps they didn’t even have a country of origin — among other benefits, this reform would open the door to international co-productions.) Just add them to the 63 submissions and let them take their chances.

A rewrite of the rules could also help filmmakers like Joshua Marston, the American journalist-turned-director whose first feature, Maria Full of Grace, won a 2004 best actress nomination. Maria was submitted by Columbia that year, but the foreign-language committee rejected it as insufficiently Columbian. This year, Marston made his second movie, The Forgiveness of Blood, a Berlin Film Festival prizewinner that was cowritten with an Albanian screenwriter and shot in Albania with a primarily Albanian cast and crew. Albania submitted the film, and the Academy disqualified it.

In a world in which the likes of the Nobel Prize committee has taken to scolding American artists for being too insular, a filmmaker like Marston whose passions routinely take him beyond the boundaries of his own country and language should be encouraged by the Academy, not excluded. And, although I haven’t seen his movie, “insufficiently Albanian” strikes me as maybe the worst reason in history for a film not to be eligible for an Oscar.

The impending video-on-demand crisis.
Lars Von Trier’s idiosyncratic end-of-the-world drama Melancholia doesn’t open in theaters until November 11, but if you have a good cable-TV system, you can see it right now, since it debuted on IFC’s on-demand channel a couple of weeks ago. The Academy has strict rules that no movie shown on television before its theatrical release will be eligible for Oscars, so I was startled when it showed up on Time Warner Cable, since I assumed its distributor Magnolia would be mounting a campaign for the extraordinary performance of Kirsten Dunst, which won the best actress prize at this year’s Cannes Film Festival. When I asked the film’s publicist, I learned that Dunst will indeed get her campaign, because the movie secured its eligibility by booking an unannounced and unadvertised run on a single screen in Los Angeles earlier this year.

Which is great. Melancholia should be eligible, because it isn’t in any sense a made-for-TV movie (for one thing, unlike, say, HBO or Sundance Channel movies, VOD films can’t compete for Emmys). Nevertheless, it is undeniably on TV. Video-on-demand is an increasingly important revenue stream for foreign, independent and art-house movies, and films shouldn’t have to sacrifice their Oscar chances because moviegoing habits are evolving. I know some Academy members who feel strongly that their mission is to preserve the primacy of theatrical distribution. They’re wrong. Their mission is to reward the year’s best movies, and to respond with a flexibility that keeps pace with the way those movies are seen. With its one-week booking, Melancholia followed the letter, if not the spirit, of the law. But maybe both the spirit and the letter need reexamining. The Academy should reconsider the necessity of forcing distributors into virtually invisible bookings in order to satisfy a requirement that was created before VOD even existed. Of course, the Academy could also respond by cracking down and saying that VOD films will all be ineligible for awards. But that kind of unwelcome tantrum would ultimately hurt the Oscars more than the movies.

There’s not much to say about this rule other than that it’s so dumb that no other branch of the Academy shares the policy. Steven Soderbergh famously competed against himself for best director in 2000; he lost for Erin Brockovich and won for Traffic. John Williams and Thomas Newman are among the many composers who have gone up against themselves, and so have cinematographer Roger Deakins and costume designers Sandy Powell and Ngila Dickson. And this year, screenwriter Steven Zaillian could find himself twice nominated for Best Adapted Screenplay (for Moneyball and The Girl With The Dragon Tattoo), as could John Logan (for Hugo and Coriolanus). A majority of the Academy clearly understands that there’s nothing wrong with a great year being reflected in a double nomination — so why not for actors? Ryan Gosling, Brad Pitt, Carey Mulligan, Christopher Plummer, Philip Seymour Hoffman, and Judi Dench are among the performers who’d conceivably be eligible to double- or even triple-dip this year; it’s unlikely that it would happen for any of them, which is exactly the reason to change the rule now rather than wait until it causes a real injustice. Actually, that’s already happened. In 1986, Dennis Hopper received his only acting Oscar nomination, for the basketball film Hoosiers. That achievement instantly disqualified all the votes he got for his other, rather more notable supporting performance that year — in Blue Velvet.

And now, fellow obsessives, I’d like to hear from you. You can follow me on Twitter and publicly or privately message me there with any questions or topics you’d like addressed in a future Oscarmetrics column. Don’t be shy!