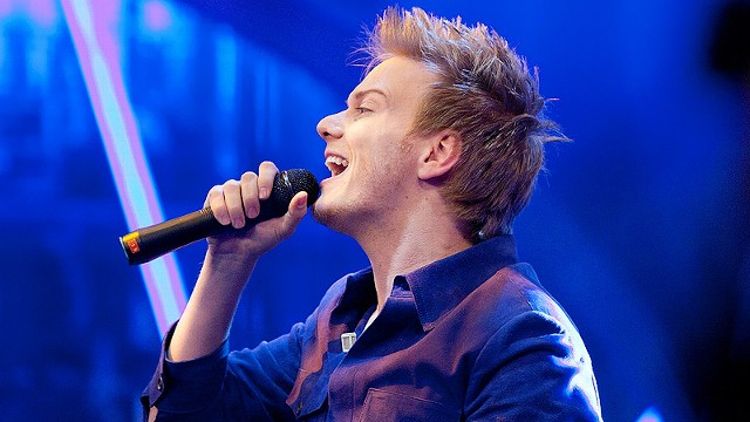 Global hit from Brazilian vocalist Michel Teló (formerly of Grupo Tradição) that sounds like any singer-songwriter stuff you might hear drifting beerily through windows on the college quad, but with way more accordion as befits sertanejo universitário. The title translates from Portuguese to “Oh If I Catch You!” and the song spawned a dance that soccer players like Neymar, Cristiano Ronaldo, and André Santos do to celebrate scoring.
Best YouTube Comment: “IT`S THE UGLIEST SONG NOT ONLY IN THE BRAZIL BUT IN THE WHOLE WORLD BY THE WAY I LIKE NIRVANA” —juniorsabara
Grade: B

Sean Paul is back! And he has a faux-hawk! Produced by Benny Blanco, who started out collaborating with Spank Rock and Hell Rell and made his first real beat for soft-core video vixens in the Source series “Hip Hop Honeys.” Since then he’s co-engineered huge hits for pop stars like Britney, Ke$ha, and Katy Perry and unleashed the kitsch grenade “Moves Like Jagger.” This video was shot in a Long Island airport, which seems appropriate.
Best YouTube Comment: “airport full of chicks yeah!” —sacrafice1000
Grade: C

3. Gotye Featuring Kimbra, “Somebody That I Used to Know”

This song from Belgian-Australian multi-instrumentalist Gotye is currently everywhere, sounds exactly like solo Peter Gabriel, and feels like it belongs on the soundtrack to an independent romantic-comedy about intolerable quirky young yuppies. Maybe the film adaptation of the social-networking website Pinterest?
Best YouTube Comment: “hi im 12 and wat is this” —will6566
Grade: F

British X Factor runner-up Olly Murs is here to fill the holiday gap years between Justins (Bieber and Timberlake) with a clean striped shirt, teeny straw boater hat, and a lovely lite-dub reggae-pop tune featuring kiddie rappers The Rizzle Kicks. This song utilizes the super-famous Amen Break and a six-second G.C. Coleman drum sample that shaped virtually every modern beat-driven genre you can think of. Amen Break shows up in songs by (to name a few) NWA, Nine Inch Nails, 2 Live Crew, and Mantronix. It appears all over the fucking place in jungle, drum ‘n bass, and breakbeat, and is even the subject of its very own documentary.
Best YouTube Comment: “i wanna go to a skate park with a giant record in the middle! :D” —chasinglostlove
Grade: A

German alt-rock band who were wedged between Green Day and Chris DeBurgh at Live 8 in ’05, kind of summing up their corny sentimental Goth appeal. (Silbermond is German for “Silver Moon.”) I have no idea what any of the testimonials are about, but they sound … inspirational?
Best YouTube Comment: “wunderschön!!!” —Kleinerrabe2007
Grade: B-

A song that charted in the U.S. after being used on two Fox shows: So You Think You Can Dance and Glee. This is the kind of string-backed piano ballad that makes bad critics assume that all string-backed, moody, female-sung piano ballads are the same. Also modern dance is so, so, silly.
Best YouTube Comment: “whodoyouthink you are, running around leaving scars? BITCH I’M VOLDEMORT” —SafeTripHome33
Grade: D

8. Madonna Featuring Nicki Minaj and MIA, “Give Me All Your Luvin'”

This soundtracked the hipster-party photography-themed Bud Light Platinum ad that played before the Olly Murs video. It makes so much more sense now!
Best YouTube Comment: “What connection does name of song make with the song.. Please someone explain unsarcastic and unarrogant.. P.S sorry for bad english” —RoBoyTricker
Grade: D

Filed Under: Grading the Charts, Madonna