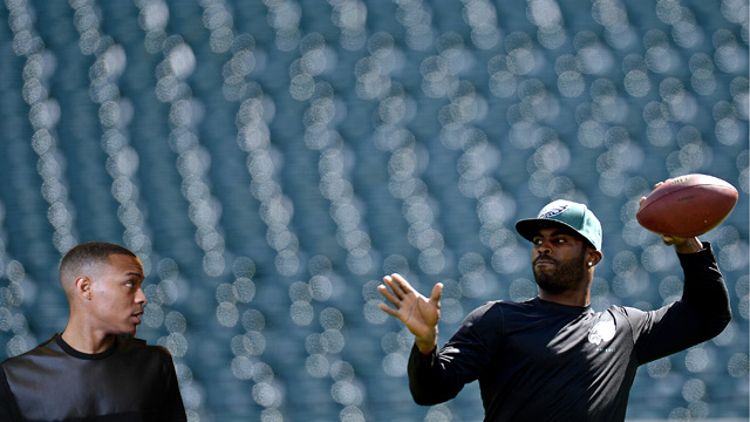 [Note: This is the first installment in a series. No real way to predict if there will be a second. But one can only hope.]

Sometimes, things happen on the Internet that you know will derail you for the next five to 10 days. A September 17, 2013, tweet from Michael Vick, childhood and adult hero, was one of those moments.

I didn’t need to click on either of these links to know what was going on. It was clear Mike Vick was officially in the business of making hair brushes for those who want to improve the quality of their sinusoidal, wave-like hair patterns.

I knew that because I know Mike Vick. And with knowing Mike Vick comes an almost familial relationship with the top and side of his head.

Knowing that the website was perhaps too much to jump into right away, I clicked on the attached picture.

Even though I was approaching this in jest, I knew this idea might actually have some legs. And, compared to other business ventures with words that end in a “z” that shall never be named, this one is nothing but positive.

After spending some time with the pictures, and then pouting at the reality that is my curl-filled, wave-shunning hair, I clicked on the website.

This is when everything gets tricky. Because, within seconds on the page, your eyes take you to a place that is not a happy place.

Correction: That was Lil Bow Wow. That kid was awesome.

Unsure of why exactly he was on this website, seemingly carrying equal weight to His Royal Highness, the Prince of Newport News, Virginia, I did some digging, leading me to a tweet from more than a month ago. It’s like Jordan deciding he wanted a line of sneakers in ’80s, but then going halfsies with Dan Aykroyd and Tom Hanks.

Michael didn’t need anyone else and neither do you.

But, alas, it has been done. 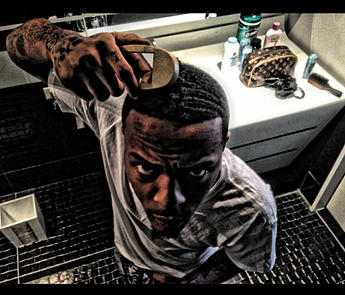 Thankfully, there’s more to the site than simply pictures of Bow Wow’s waves.

Like different brushes to order. And, of course, a page of user-submitted photos of OTHER PEOPLE’S WAVES.

If, according to the prompt, you “think you’re spinning,” you should most certainly let WaveMasterz “see ’em.” I’ve submitted my own, but instead of a weather pattern, tree rings, or lines of latitude, my aerial shot looks like a pile of discarded Brillo pads.

Sure, as with most things, humor pervades, but despite that I wouldn’t be surprised if this becomes a viable venture. Because there will always be a market for wave enhancement.

And once Vick turns Bow Wow into the hair-care version of Eduardo Saverin, the sky will truly be the limit.