The ‘Yo, Is This Racist?’ Month in Racism for May: The Color of Wackness 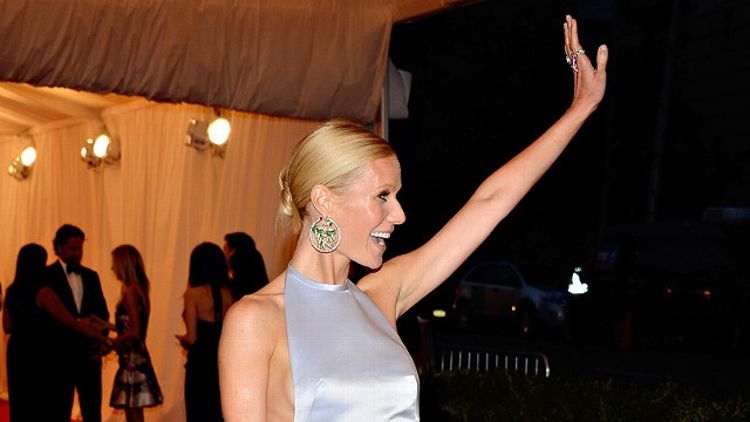 May kicked off on a surprising note: A company actually backed down from some racist shit they did. Early this month, Popchips, America’s favorite brand of literally unidentifiable food-style snack product, put out an ad featuring Ashton Kutcher playing a Bollywood producer named Raj, basically doing the laziest possible character based on Indian stereotypes. The ad was actually pulled from the Internet, but this news clip contains enough of it to get the gist.

On the other end of the month, Jason Biggs, celebrity pie enthusiast and millionaire, was watching the National Spelling Bee and bravely decided to take some of those uppity Indian kids down a peg by letting them know he thinks they smell.

Hey Biggsy, Ash, way to go, both of you. You managed to remember a couple of stereotypes about people from India!

Both of these incidents go a long way toward illustrating a larger point about leaning on racist jokes: That shit is seriously only funny to idiots. People who spend a lot of time defending racism like to point out that racist jokes are OK, as long as they’re funny — which might conceivably be true, except for one glaring problem. The problem is that when you’re relying on the glorious power of stereotype to make your comedic point, you are, by definition, not making an original observation about humanity. You might manage to tickle the idiot few with your “insights,” but keep it up and your audience starts to get the feeling that they’ve heard this shit before. And then, all of a sudden, boom, you become the senile grandpas of the digital age, endlessly repeating racist shit.

P.S. This, by the way, is where people who are extra invested in their racist worldviews will trot out some claim that “stereotypes exist for a reason,” as if that qualifies as an argument. Have you considered, racists, that the reason stereotypes exist is because they’re constantly reinforced by, you know, racists?

Yo, are all white actors who became famous in the late ’90s racist?: Inconclusive.

Let’s be real: It can’t be easy to cast the Bachelor brand of television products. Ignoring (which, of course you would) the class-action lawsuit accusing you of racial bias in casting, it must be genuinely tough at a certain point to so relentlessly hammer home the exact same standard of attractiveness year after tedious year. So it was actually kind of noteworthy and surprising when the cast of Season 8 of The Bachelorette featured even the rare sight of a single black person, Lerone Anu, as well as two pass-for-white South American dudes.

Naturally — and let’s face it, not at all surprisingly — he was sent home in the first episode with almost no dialogue and minimal screen time. But the significantly more depressing part is how rare it is to see any kind of non-white person participating in a network dating show. Browsing through the cast photos of both The Bachelor and The Bachelorette, it’s actually a little hilarious to see how similar all the contestants look.

Now, it’s probably true that the actual producers of these shows aren’t particularly racist. They’re casting for people who fit the standards of attractiveness set by the rest of Hollywood, and are probably appropriately risk-averse when it comes to advocating for the concept of interracial dating. After all, no one ever got rich underestimating how racist the American television viewing public is. And it’s equally true that while it would be nice to see examples of a spectrum of attractive faces represented in the media, reality dating shows are probably not going to be the vanguard of that change. Our (hopefully less racist) grandchildren aren’t going to be telling tales of the dude who ends up being the Jackie Robinson of network reality dating shows.

Yo, is The Bachelorette racist?: Yes. Not significantly more than any other dating reality show, but yes.

Just missing the wire this month, the lovely and very wise Gwyneth Paltrow did that very thing that sheltered white ladies who have a couple black friends have been doing since the beginning of time: got on Twitter and called those very friends (and, OK fine, herself) the N-word. 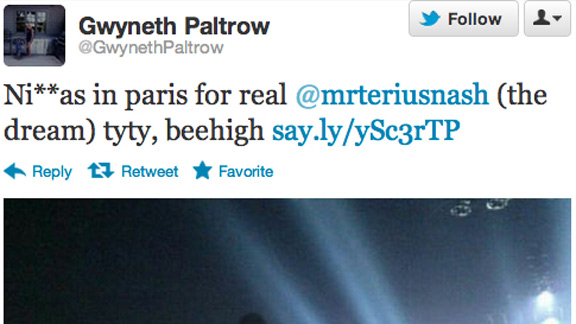 OK, so she did it by quoting the title of the song “Ni—-s in Paris,” the newest front in what, I think we can all agree, is the most important civil rights struggle of our generation: the struggle of white people to finally “get” to say the N-word.

Now, Gwyneth Paltrow probably doesn’t think of herself as a racist person, and possibly even thinks that using the N-word in this way to mean, you know, “friends” isn’t the same as using a racial slur, and therefore isn’t racist. The problem with that concept is that when you, a person who isn’t black, say the N-word, even in this context, you are, of course, actually saying several things. Beyond the intended benign meaning, what you’re also saying is that the question of whether or not someone might be hurt by this word is closed, and that you have, unilaterally, decided that it is not offensive.

So sure, with the N-word, as with all words, you “get” to say whatever you want, but your indifference to the possibility that others might be hurt by your words means that they “get” to call you an asshole.

Yo, Is Gwyneth Paltrow Racist?: If she pulls out the fact that she has black friends after seeing this, then yes.

Filed Under: Ashton Kutcher, Emily Maynard, Gwyneth Paltrow, The Bachelor, The Bachelorette, The Month In Racism, Yo Is This Racist?