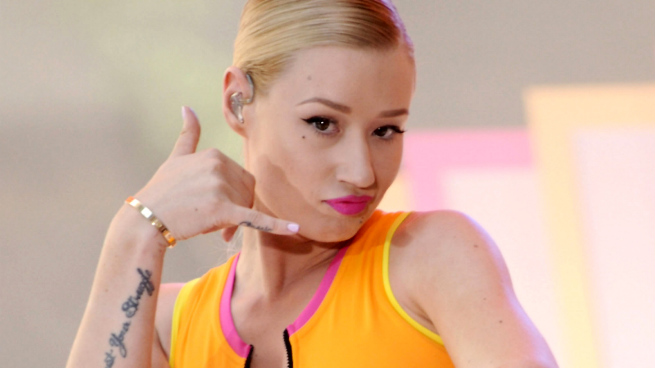 It’s only August, but Song of the Summer season may as well be over. The period of speculation and pop analysis that consumes culture publications (such as this one) from roughly April to July has more or less crowned its winners — those would be Iggy Azalea and Charli XCX’s “Fancy” and Magic!’s “Rude” — and now we’re expected to brush the peanut shells off our pants, down the dregs of our overpriced beers, and exit the premises. But unlike the past few years, there’s a general sense of hollowness in hindsight, and I know I’m not alone in feeling this kind of way. As sick as we got of 2012’s “Call Me Maybe” and last year’s “Get Lucky,” we still embraced them as popular mementos of a certain time, to be placed in some kind of arbitrary hall of fame alongside other zeitgeist landmarks like “Hot in Herre” and “Macarena.” Will anyone 10 years from now be thinking back nostalgically about the summer when you couldn’t get Iggy Azalea off your radio?

The idea of a “song of the summer” is something like consensual subjectivity. It’s inherently based on feelings, not numbers, and yet the charts more often than not support those feelings. Billboard started publishing its Summer Songs chart in 2010, which is more or less a version of its Hot 100 chart that limits its data collection to the period between Memorial Day and Labor Day. While it gives us something approaching hard data to support what should be in the air anyway, the chart is more symptomatic of Song of the Summer madness than a cause of it; it reflects a general sportsification of pop culture, a “winner” mentality. We’re no longer chatting and laughing with our friends while the game plays in the background; we’re actively hunched forward, watching every play, and shushing people who try to talk. In short: The Song of the Summer has become self-aware, and as with second seasons of reality shows, that self-awareness has fundamentally changed it.

This even extends to the production of the music itself — there’s so much cultural capital now in having an SoS to your name that musicians are releasing increasingly literal songs meant to capture that ephemeral hot-weather vibe. Calvin Harris’s “Summer” is most guilty of this, but Jason Derulo’s “Wiggle” also reeks of that viral-seeking desperation. If you look back at the majority of summer hits from the last couple decades, you get the impression that most of them captured our hearts because of their sticky universality, and not because they stuck to a theme — the SoS of 2007 was Rihanna’s “Umbrella,” a song about (metaphorical) rain.

August is probably a good time to step back and question whether we want to add these Song of the Summer–elects to the canon, and to recognize that Billboard’s numbers are not gospel. And it all comes down to personal experience. “Fancy” and “Rude” will not remind me of 2014, because I change the station every time they come on. For me, Clean Bandit’s “Rather Be” and Tinashe’s “2 On” are the radio hits I roll down the window for, even with the AC blasting. Of course, I have my own non–Hot 100 songs I can’t stop playing, but a not-small part of the joy of summer songs is feeling connected to people who don’t necessarily read the same music blogs as you. Summer songs are the musical equivalent of summer blockbusters, and while the popular line is that you have to “turn off your brain” to enjoy both, their real worth is giving you something to talk about with a stranger in line at Target.

By those standards, all you need to do to figure out the Song of the Summer of 2014 is close your eyes, look into your heart, and imagine what you’ll be dancing embarrassingly to with someone’s aunt at a wedding in 2024. That’s right. Don’t deny what you know to be true. The song of the summer is “Turn Down for What.”