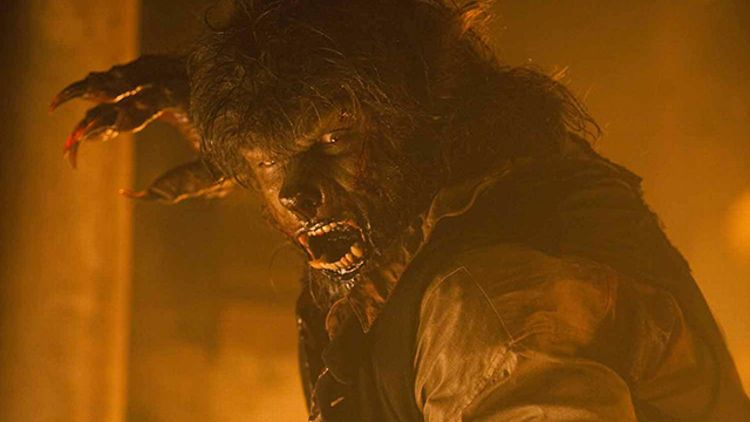 They must not make monsters like they used to. NBC is taking another spin on the vintage monster merry-go-round with The Wolfman, a series based on the 2010 werewolf film The Wolfman, which starred Benicio del Toro and Anthony Hopkins. The 2010 feature was itself a remake of the 1941 Lon Cheney vehicle The Wolf Man (but don’t worry, TheWolf Man and Wolf-MAN! are still up for grabs), and though the more recent film underwhelmed at the box office, the network is placing the upcoming television adaptation in the capable hands of Carnivale alum Daniel Knauf. Knauf’s current NBC property, Dracula, has been a mixed bag since it premiered last month (though its ratings remain disappointingly mushy). Still, it feels as though we’ve been picking over the same monster bones for a long time; earlier this year we watched as eyeballs exploded on Hemlock Grove (which will begin its second season on a yet-to-be-announced date), and we’re already heading back to the murderous Milk-Bone box.

NBC’s supernatural Fridays are currently occupied by Dracula and Grimm, the latter of which is in its third season. Deadline teases Wolfman as “a supernatural thriller that explores what it means to be a man and to be human [centering] on Lawrence Talbot, who is afflicted by an ancient curse and jacks into the powerful, primordial soul of the alpha-predator.” If it adheres to the formula of the 2010 movie, there will be gypsies — and, better, a dancing bear (hopefully not a real dancing bear, if we’ve learned anything) — but the show will have to win over an audience that’s suffering from remake fatigue. The Dissolve suggested that one of the problems that plagued Spike Lee’s Oldboy in its opening weekend was the difficulty in straddling two audiences — one familiar with the source material, the other seeing the story for the first time — and the possibility that ne’er the twain shall meet. Comparing Park Chan-wook’s pissed-off protagonist to our reliable cadre of undead demons and freaks isn’t fair, but in the midst of a television horror-mainstay revival, it’s hard not to pit our impressions of recent beastly transformations and fang-buds against each other. Even when heavy-hitters like Sam Mendes and John Logan team up for inventive mash-ups like Showtime’s upcoming “psycho-sexual” series Penny Dreadful, it’s enough to make you wonder: Why won’t anyone take a chance on a new generation of seminal monsters? Is that too scary a prospect, or not scary enough?

Luckily, Knauf’s other project in the works at the network has a much fresher hook. In what sounds like a sinister take on The Real Housewives of Beverly Hills, the untitled telenovela — part of a three-for-one deal with Electus — “chronicles the ruthless supernatural machinations of the six governesses of an exclusive Hancock Park women’s club, the true powers behind every throne in The City of Angels” (Housewives has seven, but thinner is always better). NBC venturing into telenovela territory, a format that requires multiple episodes airing per week, is risky — American audiences haven’t warmed to the format in the past, and it has been a tough few years for domestic soap operas (R.I.P., All My Children and One Life to Live). There was something comforting, at least initially, about the excess of therapy offered by HBO’s 2008-10 telenovela, In Treatment, but by its second season it had become tiresome. Very rarely did anyone get up from the sofa, and despite how good some of the monologues were (I’m looking at you, Dianne Wiest, and you, Gabriel Byrne, stalking around the living room calling her a “sleepy spider”), it was straight-up taxing to visit with a different narcissistic patient every weekday.

But instead of faulting NBC for its ambition in mixing up our weekly serials, it might be wise to give this a fair shot. Haters in the comments on Deadline’s post about the network’s foray into telenovelas predicted “disaster” and advised NBC to, basically, rewind itself into a more successful era and stick with new versions of old hits; detractors chiming in under the announcement of Wolfman reminded us of the fate of other recycled tales, like Jekyll & Hyde. When it comes down to it, Knauf may have a bigger challenge with Wolfman than with his bounty of Hancock Park women’s-clubbers. Our monsters are tired, and if they weren’t already mostly dead, we’d be working them into the grave. Reviving mummies, vampires, and werewolves requires a fresh take to lend them relevancy, and the past decade’s glut of modernized scaries has made it harder than ever to one-up the versions that preceded them. Knauf’s take on a telenovela is more intriguing on a performance level: If it fails, it will at least fail in a way we haven’t seen since — well, since Fox ditched MyNetwork TV in 2007. And if it succeeds, maybe we’ll enter a phase of new monsters and retire some of our old foes for a while. They need to regain their strength in order to grow hair, pop out of bushes, and frame bears for their crimes. Meanwhile, I’m going to start working up my Hancock Park horror scripts — I don’t know if Knauf is planning to scare us with his serial, but he should. I hear it’s a pretty scary place.