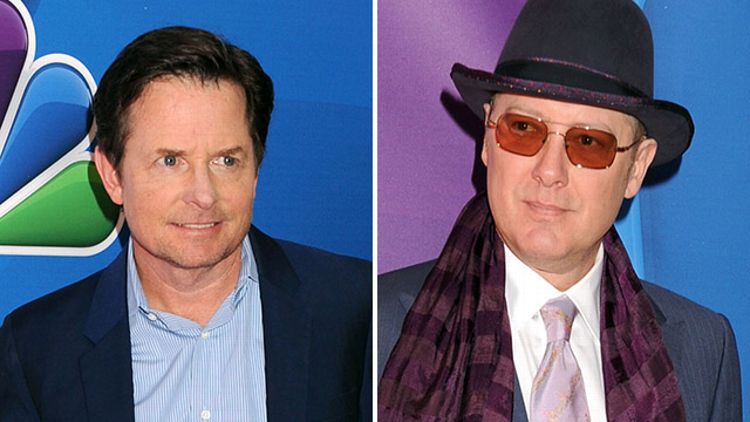 The sun is shining, the birds are chirping, and the agents are drinking. It’s upfronts season in New York! This is the week the broadcast networks throw fancy parties to announce the new shows they’ll be canceling in a few months and celebrate the returning veterans whose survival was brokered through a bruising backroom combination of studio strong-arming, dumb luck, and blind optimism. Over the next few days I’ll be posting my thoughts on all of the announcements with the giant caveat that I haven’t yet actually seen any of the new shows in question. Which isn’t such a big deal because, odds are, you won’t be seeing them for very long either.

If Eskimos have multiple words for snow, then surely Comcast, NBC’s new corporate overlord, must have cultivated at least a dozen synonyms for catastrophe. At this point, the Peacock’s stumbles are legendary, and we’re not talking the good kind of legends, either — those tend to have happy endings. Entertainment president Bob Greenblatt was hired in early 2011 to lead NBC out of the basement to which its previous caretakers — Jeff “Super Size Me” Zucker and Ben “White Tiger” Silverman — had abandoned it. But two years into his reign of errors, Greenblatt has only managed to dig himself in deeper. Yes, The Voice is a legitimate hit with a pronounced halo effect, but, if anything, its outsize success could also be seen as a hindrance. Last fall, the bleating of Christina Aguilera and friends drowned out a lot of obvious cracks that became all too obvious in the spring. Revolution, one of the network’s 2012 success stories, cratered without its lead-in, and NBC went from winning the fall (at least in the coveted 18-to-49-year-old demo) to losing the year yet again.

And so, with 14 new series ordered, it’s reboot time for the third straight season. Of the 12 scripted series debuted by Greenblatt last May, only two were renewed: Revolution and the reliably dull Chicago Fire. (Hannibal, the best of the lot, is tanking in the ratings but might still earn a reprieve.) Anne Heche’s Save Me wasn’t even given a chance to fail until this summer, and Dane Cook’s Last Caller wasn’t aired at all. While Smash, the great white hype of 2012, ended its run on Saturday nights (the summer stock theater of network schedules) with more hate-watchers than actual watchers, Parenthood — a culty, fiercely beloved show so uninteresting to Greenblatt that he only gave it half a season last year — is not only getting a full season order, it’s being handed the once prime real estate of Thursdays at 10 p.m. (Which is probably where it should have been all along.) This walking back of past mistakes is evident all over. The bubble of critical adoration and tweets that kept Parks and Recreation and Community alive all this time is now a life raft: With The Office and 30 Rock done — and every single new comedy from last year, including the once-hyped Go On and The New Normal, scuttled — they are the only returning sitcoms on the schedule. (Well, Parks is on the schedule: in the sacrificial Big Bang Theory slot at 8 p.m. on Thursdays. Community will produce 13 more episodes, but it’s unclear when they’ll air.) They say comedy equals tragedy plus time, but so far under Greenblatt, it’s been nothing but tragedy.

Despite doubling up on cycles, The Voice continues to amplify. Must See vets Sean Hayes and Michael J. Fox bring some much-needed celebrity, sparkle, and stability to Thursday nights. America is fiending for a pirate show starring John Malkovich, it just doesn’t realize it yet. Families want shows about families, not shows that are funny. Despite seeming like a dangerously safe schedule — which, in the vicious world of television ratings, is often just the opposite — the law of averages suggests that at least one of these series has to be a hit, right? Come on. It’s a law! And only criminals and stars of NBC procedurals break laws. Baby needs a new pair of shoes!

The Blacklist gets the cushy Monday-night slot after The Voice and, judging by its whiz-bang trailer, seems to deserve it. The show appears to be a clever reimagining of the Hannibal Lecter/Clarice Starling relationship, with James Spader hamming it up as a captured most-wanted criminal and a White Twentysomething Actress (in this case, Megan Boone) as the newbie tasked with soliciting his help to capture the even worse guys still out there. Of course, NBC already has a pretty good reimagining of Lecter on its airwaves; as Grantland contributor Mark Harris tweeted this morning, The Blacklist‘s lack of stylized gore might mean curtains for Hannibal. It also might be the character-driven, higher-concept procedural hit NBC’s been chasing for a while now (see: Awake and Do No Harm, although why start now?). Emphasis on “might”: Blacklist‘s creator, Jon Bokenkamp, has no previous TV credits; the biggest entries on his IMDb page are two mediocre Halle Berry thrillers. But as a big fan of know-it-all crooks, global conspiracies, and anything that keeps Diego Klattenhoff gainfully employed (and away from Jessica Brody), I’m optimistic.

The Michael J. Fox Show seemed like a slam dunk when it was announced — so much so that NBC made the unprecedented move of committing to air a full 22-episode season before anyone but the lead role had been cast. Yet the decision to schedule the comedy — now fleshed out with prestige hires like Breaking Bad‘s Betsy Brandt as Fox’s wife and The Wire‘s Wendell Pierce as his best work buddy — at 9:30 p.m. raised eyebrows. Shouldn’t your most high-profile comedy be handed the most high-profile spot on your comedy schedule? Sticking Michael J. Fox in the Veronica’s Closet Memorial Time Slot is like Mickey Mantle returning to the Yankees and having to take Nick Swisher’s old locker, the one by the leaky radiator that still reeks of Axe body spray and Corn Nuts. But the first trailer released from the show — which features Fox as a beloved TV newsman returning to work after a premature retirement brought on by Parkinson’s disease — seems perfectly fine to me. It’s a gently winking family comedy that trades on Fox’s health-induced foibles (the rolling chair gag is a keeper, as is the accidental dialing of 911) and healthy, utterly undiminished charm. Plus, with its single-camera setups and liberal use of New York City, it doesn’t look like anything else on TV. Usually when I say that about NBC it’s not a compliment. Here it is.

Also in this category: About a Boy, a promising sitcom from Friday Night Lights/Parenthood macher Jason Katims starring the underserved David Walton (midseason); Believe, yet another show about a magical mystery from J.J. Abrams, only this one was co-created by actual magician Alfonso Cuaron (Sundays, 9 p.m. after football season ends).

Dracula seems like yet another unoriginal retread from a network that’s tried in recent years to suck fresh blood out of corpses ranging from Knight Rider to The Bionic Woman. And yet this resurrection has some intriguing ancestry: It’s written by Carnivàle creator Daniel Knauf and produced by the erudite chaps responsible for Downton Abbey. Under their guidance, the fearsome count is relocated to Victorian England and reborn with the fetching features of Jonathan Rhys Meyers. I like the idea of Dracula as futurist peddler of electricity — a good investment for someone afraid of the sun — and the supporting cast, including Nonso Anozie (Ducksauce on Game of Thrones) and Thomas Kretschmann (The River) is promising. I fear that being staked to the fringey Friday slot after Grimm means NBC doesn’t see much crossover appeal here. But stranger things have gone bump on weekend nights.

A few years ago NBC was doggedly pursuing a remake of ’70s classic The Rockford Files. With that dream dead, they’ve turned their eye to a lesser-regarded throwback: Ironside, about a paralyzed cop forced to solve crimes with brains instead of brawn. This new version, starring a gruff Blair Underwood, seems like a smart mash-up of House and Heat. But much depends on the execution; with a less ambitious hook than The Blacklist, Ironside will live or die on the chemistry of its cast and the cleverness of its cases. And some of the lines from the trailer — “There are procedures, dammit, and they need to be followed!” — sound like excerpts from McBain, not NBC’s next big thing.

NBC made its bones back in the ’80s as a smiling purveyor of heartwarming family comedies, so it’s no surprise that Greenblatt seems so set on re-creating the golden years. The problem is that so many of his heavily hyped retro offerings feel like sloppy seconds. Case in point are two of the new additions to the once proud Thursday night. Sean Saves the World, from Better Off Ted creator Victor Fresco and starring Will & Grace‘s Sean Hayes, feels mawkish and creaky, its 21st-century premise — gay single parent makes bear jokes (not the Goldilocks kind) to his teenage daughter — burdened by 20th-century yuks. And while Welcome to the Family (in which a teen pregnancy brings together two culture-clashing clans, one white, one Latino) has the sort of diversity that’s been missing from network development these past few seasons, it appears to tackle said diversity in the exact manner you’d expect from network development executives. Also, can we move past the trope of unexpected pregnancies bringing people together already? I miss the old days when people of different backgrounds met each other in the workplace, not at OB-GYN appointments.

More head-scratching in the direction of: Undateable (midseason), a vehicle for the as-yet-unseen charms of Whitney‘s Chris D’Elia — which got the nod, I should add, over the infinitely more promising Mulaney from SNL genius John Mulaney; Chicago PD, because Watching Paint Dry was already picked up by PBS; Crossbones, because it’s a pirate show starring John Malkovich. I’m definitely going to watch the latter, though. An NBC show about a sinking ship? That’s too delicious to ignore.