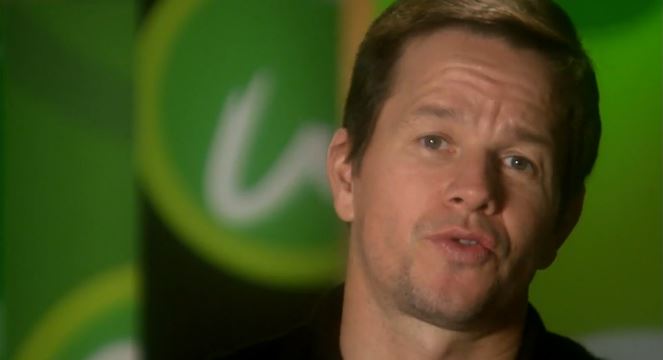 In 2011, they laughed when Mark and Donnie Wahlberg announced the opening of a burger place called Wahlburgers. In 2013, they laughed when A&E announced it was doing a reality show on Wahlburgers. But, last night, when the first episode of Wahlburgers aired — well, OK, they’re probably still laughing somewhere. But they shouldn’t be! Because if there was one thing made clear in the premiere episode, it’s this: The Wahlbergs’ Wahlburgers is a burgeoning empire, ever hungry for land and riches, and by nothing less than the very word of God, it shall yet outlive the reigns of Genghis Khan, Alexander the Great, Attila the Hun, Charlemagne, and Pharaoh Thutmose III combined. Because this is a family. And families stick together. And family’s important. And it’s family. And family’s all we’ve got. And, also: family.

So, as the Dawn of the Age of Wahlberg/Burger arises, the question must be asked: What can we learn from our conquering heroes? Quite a lot, it turns out.

Lesson no. 1: Conquer Massachusetts, Then Take the United Arab Emirates

The central drama of the show is the expansion of Wahlburgers. The first burger spot opened in Hingham, outside of Boston, and has done well; now, the brothers wanna open new locations. Paul, the older brother — the chef at Wahlburgers, and the “true talent” of the family, says multimillionaire movie star Mark Wahlberg, not at all condescendingly — wants to stay around Boston. Mark says it’s time to go international: He’s getting offers in Dubai and stuff. Then beloved matriarch Alma steps in: “This is who we ahh … this is wheah we’re from … this is whea we belawwwng.” Hooray! The new Wahlburgers is staying in Boston!

Lesson no. 2: Violence Is Healthy

And how did the Wahlbergs become such a tightly knit unit, able to clash and work and stick together despite the spoils of international fame and sickeningly devastating choreography? Easy: They used to beat the shit out of each other, and that was very bond-forming. “We used to take Mark and throw him from bed to bed using the other bed as a backdrop,” Paul explains. “Then he got bigger and it was payback time.” Says Mark: “Paul was the first one in the family I could beat up. Which was great for me.” Says Donnie: “Paul is like 0-for-life in fights.”

(Important side note: At one point, Donnie also explains how he and his New Kids on the Block buddy Danny Wood used to steal Paul’s chef jackets from culinary school, then wear them to school dances with bow ties, then break dance. I mean, Jesus Christburgers. How were the women of Dorchester supposed to resist that?)

Later, Mark tantalizingly hints at some of his treacherous juvie youth past — “That place used to be a stereo store … I did a bad thing in that place” — and greets an old pal by pointing out it’s nice at least one other guy from the neighborhood hasn’t ended up dead or in jail. All of which serves as an important rejoinder to any possible negative reviews of Wahlburgers: You don’t like footage of burgers cooking? You don’t think our motha Alma is all rough-hewn salt-of-the-earth charm?! You, ah, maybe wake up with your head caved in.

Lesson no. 3: Anything Involving Entourage in Any Way Is Always Very, Very Good

Indubitably, the best part of last night’s episode came when a dude named Nacho and THE REAL LIFE JOHNNY DRAMA walked in the door. These were two of Mark’s goons from way back in the day, and they are delightful. Drama explains how he’s been with Mark since the kid was 17, helping him train, do laundry, whatever. (Drama’s still a little bummed he didn’t get to play Drama on Entourage, but he’s working through it.) Nacho met Mark when the dude robbed him: “First day I met him, he jumped me. Two days I’m in the neighborhood, he drop-kicks me, and 20 of his friends attack me. After that we became friends.” Nacho’s ability to eat anything — “lobsters in the shell, chicken feet, cigars; sticks of butter” — was a strong selling point.

At the end of their little scene, they’re told they have to pay for their food. Protests Nacho, sensibly: “But I’m Nacho Extreme!”

Lesson no. 4: Sometimes, a Burger Is More Than a Burger

“Every single burger that comes out,” Paul says, with a heavy heart, really selling it, “reminds me of who we are and where we came from.” Mark gets in on the drama, too, raising a glass at Wahlburgers, and toasting to “Boston. To home. To family.” But the Oscar goes to Donnie. Just a sampling of his most important burger-related maxims: