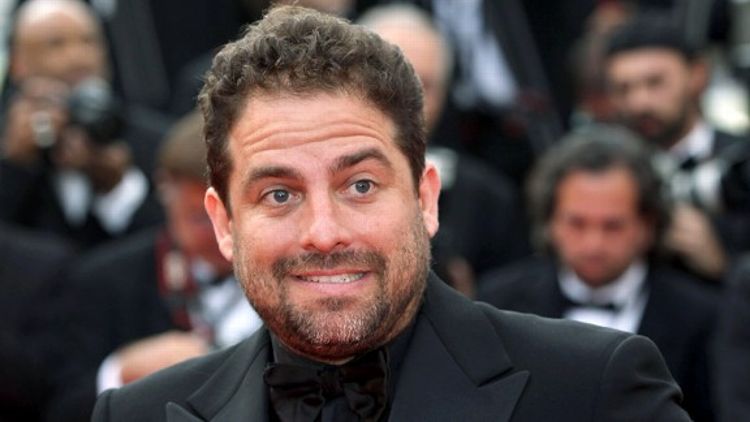 Well, that was an interesting couple of days. Deep breath aaaaaand … reboot. Welcome to the first day of the rest of your Oscar season, now without the man who was supposed to reinvent the awards ceremony. As potential best supporting actor nominee Albert Brooks brilliantly tweeted yesterday, “Wow, the Brett Ratner produced Oscar show flew by.” And with his unplanned departure, the Academy finds itself back in a very familiar place: right next to the panic button. Panic is what, more often than not, has ruled the organization’s decisions about the show in recent years. Panic is what led them to Ratner in the first place. And while I’d like to believe that panic won’t be the deciding factor in what’s likely to be a short, public, and speculation-heavy hunt for a replacement, old habits die hard.

I’ve never understood why the people behind a show that remains, consistently, the most-watched non-sports telecast of the TV season feel compelled to behave as if they’re in free fall. Over the past 10 years, the Oscars have averaged 38.6 million viewers. To put that in context, it’s about twice as many people as the amount who watch TV’s most popular scripted show every week, and 10 million more people than the amount who watch an “event” program like the American Idol finale. This year’s poorly received telecast was less than 2.5 percent below its past-decade average. Nevertheless, it was cause for alarm inside the Academy, which quickly went into “We have to make the show younger/hipper/funnier” mode. Thus, Ratner.

I’m all for a funny Oscars — nobody wants to watch James Franco glower at a prompter for three hours — but the current mindset of too many people in the Academy has nothing to do with making minor tweaks to a telecast that has now in its sixth decade of being a TV success. It stems from an almost willful refusal to acknowledge that the world has changed. In that thought-bubble, nothing exists but the glory years of the 1960s and 1970s, when there were only three networks and the audience for the Oscars routinely soared toward 50 million. The fact that the Oscars now exist in a fragmented TV universe with hundreds of options, the cluttering of the award season, the reality that movies themselves have lost their long-undisputed ownership of the cultural conversation and now share it with television, the reality that every broadcaster in the business now accepts a lower ceiling on the audience for an individual show — none of that is apparently supposed to affect the Academy Awards. Instead, the people who run the show seem to operate by one credo: The Oscars are broken. We must fix them.

The problem with this thinking is that it kicks the door open for anyone with an agenda, and the agenda is usually driven by a belief that the way to victory is to make the Oscars stupider so that they will be more appealing to the many, many stupid people out there who would purportedly be watching the Academy Awards — and all of the advertisements on it — if only they could understand it. By this line of reasoning, audiences of 18- to 49-year-olds do not care about movie history, so the honorary awards — which have historically provided the telecast with some rich, emotional moments and have also bound it to the sense that movies exist on a decades-long continuum — were banished from the telecast a few years ago. It is also believed that young audiences feel alienated from the Oscars because Harry Potter and Spider-Man never win Best Picture — thus, the roster of best picture nominees was expanded, which is amusing for those of us who like to make Blind Side jokes, but ended up lowering the bar to the exact degree that it broadened the roster. Oh, and young audiences are said to hate low-glam awards like Best Film Editing and Best Documentary — so there is perpetually a move afoot to knock those categories off the air. So that the Oscars can be more entertaining, like all those other awards shows that do not get nearly the ratings the Oscars do.

Whenever you hear someone at the Academy use the phrase, “We have to stay relevant,” you know the battle has already been lost, because the phrase is invariably used as a wedge to crack open the door just wide enough so that some really bad idea will be able to sneak through. At this point, it might be worth noting that none of these innovations have worked in the way the Academy hoped they would. They moved the ceremony a month earlier, they added more nominees, they got rid of what they foolishly believed were boring old people. The ratings didn’t budge. As early as 2013, it is likely that they will move the ceremony earlier still. Maybe they will do something silly, like create new categories such as “Best Blockbuster!” Maybe they will do something off-mission, like invent a Viewers’ Choice Award. Maybe they will finally succeed in getting categories they think we think are tedious off the air. But the lack of confidence they have in their own product will become more visible to the naked eye — and no matter how many posters of Roots hang on ABC’s office walls, those big ratings are never coming back.

I’m not an expert on the financials of the Academy, but it’s no secret that they have spent years on a costly and perhaps quixotic effort to build a museum in Los Angeles, or that the license fee ABC pays to air the Oscars is the Academy’s primary source of revenue. But if the network is using that fee to demand changes in the show that will not, ultimately, benefit it, then I’m sure the Academy could find another broadcaster that would be willing to air the Oscars by the time you finish reading this sentence. And if the Academy and ABC are locked in some semipermanent folie à deux about what the show could be if only they changed it, then it’s time that turned into a serious no-bull discussion that incorporates reality instead of wish fulfillment.

Meanwhile, as they search for a producer, I’m hoping the choice is someone who can bring new ideas to the show while respecting its virtues — which at the telecast’s infrequent best has included a sense of history and tradition, sentiment, humor, surprise, and even taste. Personally, I wish they’d call Bill Condon and Laurence Mark, who produced the 2009 show, the best of the past decade (Condon, as the director of Dreamgirls, also has an Eddie Murphy connection [Update: Not that it matters!], and as the director of Breaking Dawn could probably placate those at the network who think the show would be just super-awesome if only movies like Breaking Dawn could win Best Picture). Deadline’s Mike Fleming reports that Harvey Weinstein has floated the idea of Lorne Michaels and Tina Fey, which would also be an interesting and even exciting choice.

Earlier today, the Academy sent an e-mail to its entire membership that included Brett Ratner’s open letter, its own statement, and a pledge to “protect and defend our organization.” But since for the next few days they’re all going to be living in a world of unsolicited advice, here’s mine: Stop worrying so much about protecting and defending; you’re not under attack. You did the right thing (and so did Ratner). Now shake it off and try not to make the same mistake twice. Don’t go looking for someone with the common touch who’ll save what you’ve decided is your flailing enterprise. Stop trying to get yahoos to love your show. Instead, stand up straight, square your shoulders, own your values, and hire a producer who will live up to them. And this time, Google him first.