The Marine 3, Starring WWE’s The Miz, Atomic-Drops Onto DVD Today 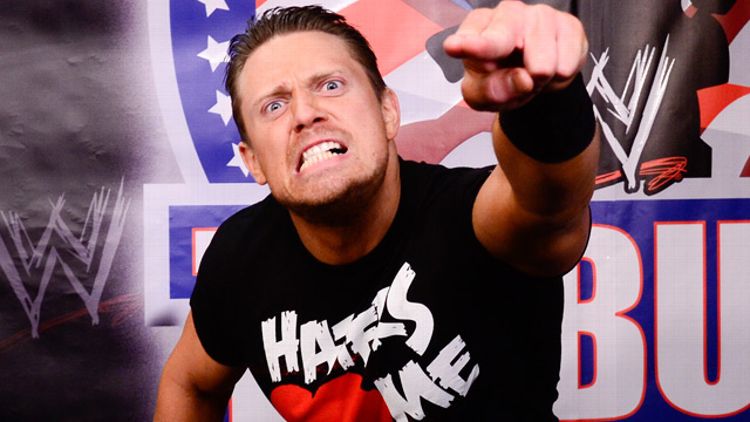 At this point, if you’re WWE superstar The Miz (née Mike Mizanin), why wouldn’t you try your hand at an acting career? This is a guy who took one segment of one episode of the 10th season of The Real World, and through sheer determination and want, burrowed his way into a championship career at the very heights of his chosen field. Not to get too dramatic about it, but The Miz is the purest distillation of the American Dream ever. (All due respect to The American Dream.)

So then why not follow in the footsteps of Steve Austin, John Cena, and Tiny “Zeus” Lister and make a name for himself in the movies? Certainly, The Rock (sorry, Dwayne Johnson, Esq.) is the ideal that all wrestlers turned actors are shooting for, and WWE is more than content to keep rolling the dice until they find another success on that level. WWE Studios has produced more than 20 films, most of them as starring vehicles for their talent, and the original The Marine, starring John Cena, is their all-time highest grosser.

The third installment — The Marine 3: Homefront — is released on DVD today. In it, Marine sergeant Miz finds his homecoming is short-lived when his sister and her boyfriend are kidnapped and he’s — per the Wikipedia description — “forced to put his military skills to the test to save them. Taken by Jonas Pope (Neal McDonough), a former college professor turned extremist determined to unleash an elaborate terrorist attack on American soil, Carter will do whatever is necessary to save his sister and stop a madman before it’s too late.”

That’s one small step for The Miz. One giant leap for Mike Mizanin from Parma, Ohio. Can his Tooth Fairy be far behind?