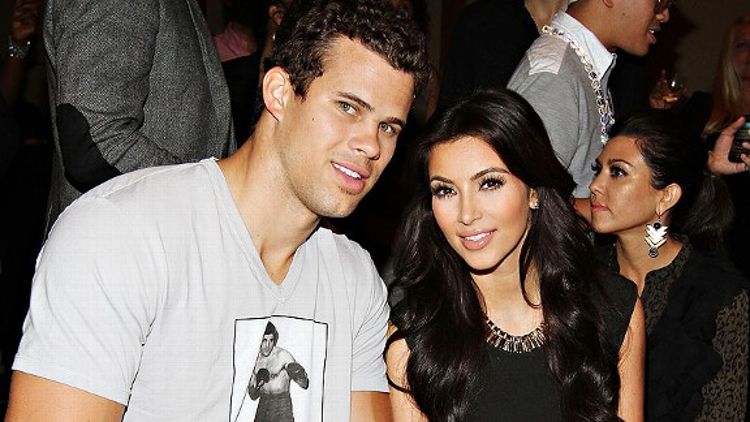 Kim Kardashian is a professional athlete. We know this because she just PLAYED US ALL. Now, I may have been cynical enough to know that this was not a “real” wedding, but I believed they’d stick it out for a contractually obligated year or two. At least through a couple of faux-pregnancy scares. They didn’t even wait for the split rumors to calm down to a dull roar before rolling out this latest plot twist. Now come weeks of denials, conspiracy theories (Danilo was Kim’s first choice! Kris heard from TMZ! Everyone was in on it the whole time!).

Let’s look at the real monster: Kris Kardashian. One moment of actual gravitas in the Kardashians’ E! show came during the “should Kim pose for Playboy?” plotline, when Kris all but ripped Kim’s clothes off for the cameras. No, just kidding, Kim is an adult and makes her own decisions (OR DOES SHE?). But the episode played up Kim’s discomfort with being photographed naked for a national magazine, as well as Kris’s horrifying insistence that mother knew best, and the idea that what all twentysomething girls from L.A. want is to be on the cover of Playboy. The character of the “momager” has really caught on in the past decade as a kind of horrific Lady Macbeth who uses her daughter as a conduit for her own ambitions. Because of cultural stereotypes that all moms are “good” and the fact that most kids are of course predisposed to listen to mom, the momager seems particularly evil. Like a thought experiment conducted in the setting of a family. Other stereotypes about women that say they are more empathetic and emotionally attuned make this seem especially cruel and heartless. Exploiting the parent-child bond to further your own financial aims conveys total lack of regard for your child’s emotional well-being.

The only thing scarier than momagers are dadagers (looking at u, Joe Simpson and Matthew Knowles). The idea of using your child like a product to make money for yourself is so tremendously fucked up, even if the kid has bought into it. Self-objectification is one thing, but objectifying kids makes people very uncomfortable and fascinates them. The Thylane Lena-Rose Blondeau scandal and the popularity of shows like Toddlers & Tiaras and Dance Moms reflect this phenomenon. Kim is not a kid, but her relationship with her mom on Keeping Up With the Kardashians shows that she has been groomed for stardom her entire life. The rumor was that Kris urged Kim to leak the sex tape in order to become famous. “How could these moms do this to their daughters?” we wonder without looking away. (Kris seems to have no qualms about putting youngest daughters Kendall and Kylie into bikinis and then manufacturing a controversy over whether they are being too sexy too soon.) The answers reveal themselves.

Just as parents project their own hopes onto their children, they also project their own failed aspirations: In this case, the will to fame. In a culture that values women as sexual objects above all else, what could be more awesome than being nationally validated as a sexual object? (I dunno, a Pulitzer?) Because they never fully achieved this aspiration, they never thought beyond the plausible positives. In Kim’s case, she is the butt (sorry) of endless public jokes. Her life itself is treated like a joke, because she seemingly treats it like one. On-camera she mimics a pure sex object: giggling, talking in a baby voice, seemingly having few to no strong opinions about anything except what is “cute” and “not cute,” pouting sometimes but never really getting mad. Jessica Simpson displayed more emotional depth on Newlyweds.

Even more profitable for Kim than a quickie courtship and a lavish televised wedding is a quickie divorce and lavish televised heartbreak. We should have listened more carefully to her interview with her hero Elizabeth Taylor. What Kim clearly admires most about La Liz is not her acting talent or way with a quip, but ability to remain in the spotlight for decades. Everything is potentially convertible capital: your body, your face, the way you feel about your body and face, your taste in jewelry, perfume, makeup, and men. Kim is hardly the first person to embody this lifestyle (in the UK it’s a veritable culture cottage industry involving WAGs and Page 3 Girls), but she is the most current.

What Paris Hilton, Kim Kardashian, and Lindsay Lohan did in the aughts was reinvent the kind of celebrity for the TMZ age that Marilyn Monroe perfected and Madonna tried hard to empower. The celebrity as sexual athlete. Lohan’s case is saddest because she showed a lot of promise as an actress that she seemed intent on compulsively squandering, but considering her mother’s public lying about being a Rockette it makes sense that she would learn to consider being a cultural showgirl the ultimate prize. Accordingly, she is doing a full-frontal pictorial in Playboy.

For a public sex object, Kim Kardashian’s sex tape is tremendously underwhelming. If we’re going to make celebrities out of girls from the valley with great asses that have on-camera sex, why not just put Naomi in the tabloids too? Her backstory is much more interesting. Her dad’s a rabbi. Kanye has name-checked both in song and named the line of slutwear he recently designed after his mother, Donda. Kanye semi-processes the potential conflict between seeing women as sex objects and seeing them as people with dreams, bills, and backstories because Kanye’s relationship with women is “it’s complicated.”

What Kim and Kris and all the Kardashians are doing that is so spiritually questionable is exploiting the notion of romance so cynically that even Don Draper would wince. Taylor Swift (God bless her) may have unrealistically naive ideas about what constitutes heterosexuality, but what she peddles so popularly to tweens is a pure fantasy and she doesn’t pretend it’s not. She may wear a wedding dress in concert (and Jesus Christ we hope she’ll outgrow that), but I don’t think she would ever wear one in a wedding for sheer publicity. The Kardashians aim to sell a cartoonish super-fantasy version of what “real life” is like for the rich and famous, but what kind of a person aims to stay famous by setting a world record for quickie divorces? It’s the ultimate expression of superficiality. It says “fuck you, emotional intimacy! I love diamonds.” They should have dedicated the wedding to Nate Dogg (RIP). That Kim had her “fantasy wedding” to a groom she barely knew is sad. That he was relentlessly emasculated in the tabloids for supposedly spending her money during the NBA lockout and being less famous than Reggie Bush is stupid. That they got divorced is not very surprising. Who wants to have Kim Kardashian’s life? Does Kim?

People will get sick of Kim Kardashian eventually, because her career is predicated on novelty and her primary talent (being hot, which she is) is transitory. After one possibly staged marriage fails, she becomes the Kim who cried wolf. E! is not exactly in the business of building lasting careers. Rumors that Kris H. was “cast” in order to ensure Kim underwent her first marriage before the dreaded age of 30 have yet to prove true or false, but faked relationships are as old as Hollywood itself (they are as old as 1853). The endless Kardashian family spectacle serves to take focus off the real issues by distracting us with shiny ass-shaped lures. And as long as we continue to pay attention, we lose. Because we all tuned in to her stupid wedding special and allowed her to be a star, Kim Kardashian is the 1 percent and we are all bottom-feeders.