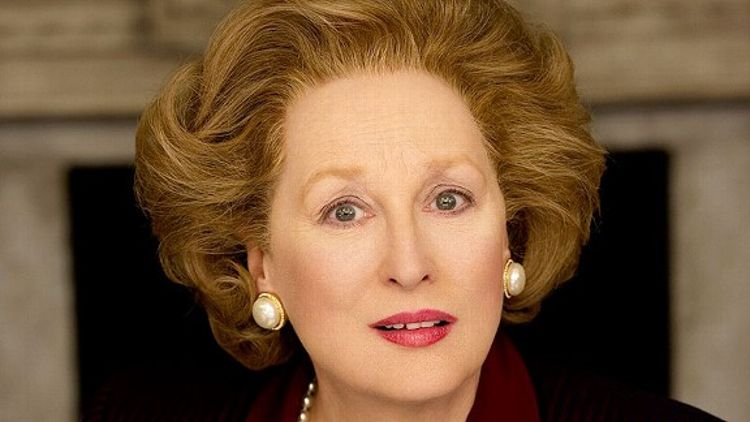 Let’s start with a rant. Last week, in a long New York Times lamentation, the paper’s two lead film critics, Manohla Dargis and A.O. Scott, argued that talking about the Oscars this far in advance, specifically in the context of film festivals, is “a drag” that sucks up “all the air in the room” (Dargis), that “the machinery of hoopla and trivia…overshadows everything else” (Scott), and that awards jockeying is an “unwelcome guest” in the conversation (the headline writer). Dargis and Scott are two of the smartest and most engaged critics around, and when they’re both pissed off about the same thing, it’s worth confronting.

My first reaction (other than “Ow!”) was that if you think Oscar noise is drowning out a more substantive give-and-take about movies, why waste the ink kvetching about it instead of just going deep on the films? My second thought was that talking about the Oscars isn’t so different from talking about film festivals — in both cases, if you’re writing about movies that most people are months away from seeing, what should be the start of a discussion can easily turn into an echo-chamber monologue. (After all, it’s not exactly a discussion if you’re the only person who’s familiar with what’s being discussed.) My third thought was that, as readers of really good awards blogs like Sasha Stone’s Awards Daily and Kris Tapley’s In Contention know, Oscar talk at its best can be a very useful gateway into any number of thoughtful arguments about the content and style of movies. And it’s not a zero-sum game. More discussion of the awards — or for that matter, more analysis of box office, or more reporting on how a movie was made — does not equal less available airspace in the cultural ecosphere for film criticism (of which there’s plenty).

But my last, glummest thought was, Maybe they’re right. Because if you want an example of how swiftly awards chatter can turn into an exploratory visit up its own hindquarters, consider this: Right now, according to GoldDerby, a site that aggregates the speculation of Oscar handicappers, the frontrunner for this year’s best actress prize is Meryl Streep for her performance as Margaret Thatcher in The Iron Lady — a film which not only doesn’t open until December, but which not a single member of the overeager predictorati has yet seen.

This need to call the race so ludicrously early that the movie itself becomes an afterthought recently spurred Stone to ask her fellow guessing-gamers (including me) if we were all suffering from “collective insanity.” I think it’s something worse: Collective obedience. Making a prediction about a movie nobody has seen turns you into nothing more than a redundant marketer, a human “For Your Consideration” ad that a film’s releasing company doesn’t have to pay for. To reduce (or, sometimes, inflate) a movie to “Oscar bait” — which is what Dargis and Scott are so irked about — is essentially to say that the Academy can’t tell the difference between a film that deserves an award and one that just happens to come with the right pedigree and release date. But more often than not, voters ultimately manage to make those distinctions. If we can’t bother to do the same, why write about the Oscars at all?

I’m hammering the Streep prediction because aside from everything else, I think it’s bad guesswork. Meryl Streep is 2-and-14; in other words, she has lost more Academy Awards than any actor in history. She is zero-for-six playing real people. Phyllida Lloyd, The Iron Lady’s director, has made just one previous film, Mamma Mia!, which is not remembered for its acting (at least, not kindly). So overall, there’s little reason to believe Streep will win, especially since it’s now a near-annual ritual for prognosticators to claim that it’s her year — for Doubt, for Julie & Julia, for whatever — and then, when they find that narrative tedious, to start boosting an underdog. I guess it’s just too boring to assume that the best movie actress in the world is going to win another Oscar, which is probably why Streep has only two and not the five or six she deserves. Streep is currently shooting a movie with Tommy Lee Jones called Great Hope Springs. It will be released in December 2012. Allow me to make the fearless prediction that at least six months before that, some premature annunciator will label her “the one to beat!”

It would be infinitely fairer to Streep and to her movie to assume that she’s not the frontrunner, but rather one of several major actresses vying for a nomination. It would also be more accurate, since in the real world of the Academy Awards — the one populated by actual voters — A) nobody is thinking much about this yet, and B) to the dubious extent that any frontrunner exists, it’s not Streep, it’s Viola Davis for The Help. Why? Because people have seen The Help, and believe, correctly, that Davis is unimpeachably great in it. And so for the rest of 2011, as they look at Streep and Charlize Theron and Tilda Swinton and Glenn Close and Rooney Mara and Kirsten Dunst and Michelle Williams and a couple of other women you’ve heard of and a couple you haven’t — they’ll be asking, “How does this performance stack up against Viola Davis?” That — not track record, nomination history, or the hyperbole of expectation — is what makes a frontrunner.

Of course, being the one to beat isn’t the same as locking up a win or even a nomination. But Davis’s road to what will be her first best actress Oscar competition is both familiar and appealing to Academy voters: Years of great stage work, a number of films about which, even in tiny roles, she was the best thing, then a blazing showpiece performance (in Doubt) in which just a scene or two was enough to win her a best supporting actress nomination, and now, The Help. Actors sometimes cast a vote as a sheer ratification of talent — a way of declaring that in an industry where artistry alone mattered, this person would be carrying movie after movie. That’s where Davis is right now.

To a lesser extent, it’s also where Michael Shannon is — and unlike the contest for best actress, the best actor race currently features a bunch of people in movies you can buy a ticket to see. Like Davis, Shannon is an exciting stage actor; like Davis, he’s just three years past a very brief, high-impact performance (in Revolutionary Road) that earned an Oscar nomination; and like Davis, he’s finally carrying a movie and winning overwhelmingly admiring reviews. Shannon’s film, Take Shelter, is about a working-class husband and father grappling with the apocalyptic prospect of his own impending madness. There’s more to it than that, but I’ll avoid spoilers since not enough people have yet seen this limited-release film. I’ll just say that if they do, Shannon’s expertly calibrated slow build of a performance could make him a serious contender.

Also worth acknowledging are two other actors whose movies opened in the last couple of weeks. 50/50 is a largely successful if strange attempt to glue together two mismatched genres — one the story of a young man’s journey through cancer and the other a bros-before-hos stoner comedy that seems to understand less about adult women than your average Maxim cover line. That the film works as well as it does is due largely to Joseph Gordon-Levitt, who may be the least showoffy American actor of his generation. Everything he does as 50/50’s sick, scared protagonist seems to come from honest interior exploration; he doesn’t have a moment on screen that feels calculated to dazzle you. And then there’s Ryan Gosling, whose work in George Clooney’s political drama The Ides of March as a campaign operative who probably couldn’t find his ethical center even if it came equipped with GPS rounds out a career year that has also included well-regarded work in Drive and Crazy, Stupid, Love.

Playing characters who struggle with illness and decay (mental for Shannon, physical for Gordon-Levitt, moral for Gosling) is a time-tested route into the race. All three actors face roadblocks to nominations — Shannon’s movie needs to break through in a way that most other Sundance films this year have not, a campaign for Gordon-Levitt would need to counter a critical sense that 50/50 is too lightweight, and Gosling has now played so many smirkers, studs and creeps that some voters may be turned off. But The Ides of March is old-fashioned, deep-dish studio filmmaking, the kind of magnificently cast, gleamingly mounted work about which reviewers for Variety used to write, approvingly, “all tech credits are pro.” A number of major critics have roughed it up, but it may not need raves to connect with Academy traditionalists. We won’t know its position in the Oscar race for a couple of weeks, but for now, we can be grateful that it has produced the funniest moment of the campaign season so far — an apparently spontaneous burst of praise from Harvey Weinstein. Weinstein told a Vulture reporter that the film (which he had nothing to do with) is “the toughest, most incisive, no-bullshit movie I’ve seen this year” and predicted Oscar nominations for best picture, director, and actor (for Gosling).

If you checked out The Ides of March this weekend, you know that one of its tastiest lessons in political strategy is that there’s no such thing as an endorsement that’s completely free of ulterior motives. And if you follow the Oscars, you know that nobody plays the game harder than Weinstein. So what should we make of his dewdrop of generosity? Some possibilities:

In the Academy Awards, you always, ultimately, have to pick a winner. But in this case, you are allowed to select “All of the above” as your answer. And if you don’t believe that all of the above are possible, then you really should see The Ides of March.

em>Mark Harris is the author of Pictures at a Revolution: Five Movies and the Birth of the New Hollywood and is currently at work on his next book. Follow him on Twitter at @MarkHarrisNYC.