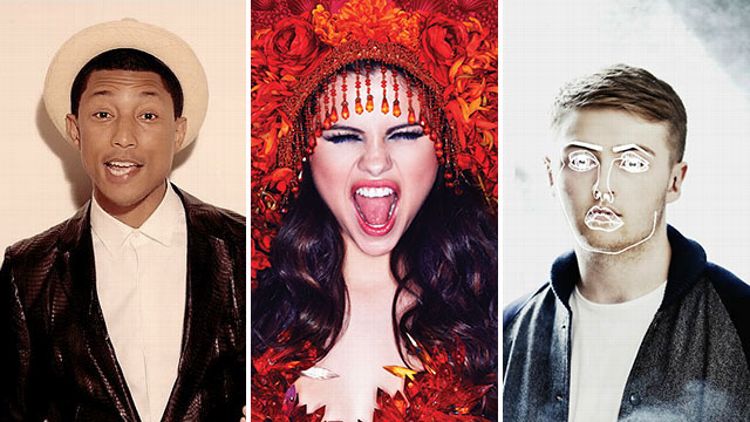 Just in time to send you off into your holiday weekend in style, we asked the Grantland staff to pick some songs for our 2013 Summer Jam Playlist and say a few words about what makes them so darn summery and jammy. There’s a little of something for everyone here, so be sure to subscribe to our Spotify playlist so you can have it on hand for your next Vampire Weekend/Jason Aldean/Fat Tony–friendly Fourth of July BBQ. Enjoy the long weekend, everyone!

Controversy beset this woozy, oozing, lazily beautiful Atlanta anthem when someone took a moment to transcribe this gambit from Rick Ross’s verse: “Put Molly all in her champagne / She ain’t even know it / I took her home and I enjoyed that / She ain’t even know it.” Petitions were signed, sponsors were contacted, Ross lost contracts, and the song was recast, minus one rape-endorsing verse. Whether Ross has a grasp of what he’s really saying these days is a mystery — few have succeeded with less rigor in their composition. Now there are dozens of “U.O.E.N.O.” iterations floating in the rap ether, each one a gentler brushstroke covering Ross’s Pollock splash. The best comes from the Black Hippy crew, home to Kendrick Lamar and ScHoolboy Q, who raps, “Molly in her drink, but she asked me to and oh yeah I got this on cam.” Even when morally crusading, there’s something about this song that corrupts. May it soundtrack only the most consensual moments of your summer.

It has been 147 days since the video for this song was released and there still isn’t a single image as important to 2013 as this one:

But this is close:

I have spent a little time with Robin Thicke, in a professional capacity, and I say this with respect: He’s not a terribly cool guy. Kind. Smart. A little smooth, even. But not cool. And so the video for this song, which maybe he doesn’t understand, is an amazing subversion. T.I. seems in on the joke. Pharrell is above jokes entirely. (What a summer for Skateboard, by the way.) But Thicke, I can’t tell. Is he lampooning videos? Hashtags? Models? Cocaine? Aviators? Tuxedo jackets? Dogs? R&B? Pop? White? Black? Giant novelty dice? What a song. It deserves its success.

I predict everyone’s going to be hearing a lot about Lorde in the back half of 2013, so I’ll spare you the Lana Del Rey comparisons and my mild disbelief that I am listening to a 16-year-old and just say that while her more recent single “Tennis Court” is definitely worth your attention, “Royals” perfectly, succinctly captures the seat-of-your-pants, slightly scammy summer party mentality that I still get nostalgic for when the temperature starts to rise. It’s a giant rebuttal of all the materialistic nihilism that has engulfed pop in the past few years, and in that way, it does feel like a bit of a vacation.

I used to have a loose rule when I went shopping to always buy one item that vaguely terrifies you. For me, on this playlist, that is “Bipp.” For when it’s so hot you’ve lost your damn mind.

Between Kanye’s “Black Skinhead” and this banger from Disclosure (technically from last year, but their album was released in June, soooo …) it’s a great year for the 12/8 time signature, maybe the best since those dark months in 2009 when Flo Rida’s “Right Round” seemed to refuse to go away. Jigs, y’all! I have written at length about how much a good pool vibe is important for a summer song, but this is the flip side of Daft Punk’s amber-colored nostalgia, a slow-motion rinse in the swamp cooler before cannonballing into a glass-bottomed infinity pool. By the time the chorus hits and the whole song gets sucked out to give way to the head-rattling, yet somehow super-emo, bass triplets and Sam Smith’s freaked-out falsetto, it’s time for a bomb pop. This is the closest to dubstep that Settle gets, and naturally, it is flawless.

Trap’s probably approaching its last gasp, so might as well go out with some tiki-room-on-molly subterranean booty drops.

One important metric of a summer jam: Would you listen to it on repeat at a bachelorette? I found out this past weekend that for Selena Gomez’s “Come & Get It” the answer is a resounding, na-na-na-na-screaming yes. I’ll admit: When someone first yelled, in between sips on a glittery penis straw, “PLAY THE SELENA SONG!” I judged her, and I’m sorry. Two hours and roughly twenty-seven plays later, I became her. The third best thing about this song is Selena’s confident use of “when,” not “if”; the second best thing is its Bollywood background; but the best thing about “Come & Get It” is that it exists squarely in prime sing-along range. (I contend that was a key part of Umbrella’s breakout success a few years ago, too.) No ambitious high notes here; even the raspiest-voiced among us can join in. And during a night spent wearing boas and chain-drinking transfusions, we can all appreciate that.

The burgeoning Midas-er Mike Will Made It (“Tupac Back,” “Bandz,” “BUGATTI”) originally shopped “We Can’t Stop” to Rihanna. When she passed, he kicked it to Miley, who, as he told MTV, “did it with her swag. So it sounds totally different than from what we originally tried to come up with.” I actually don’t think he’s bullshitting: From listen no. 1 to listen no. 43,879, I’ve been obsessed with the dead-eyed delivery Ms. Cyrus brings here. It’s like someone rustled her awake, gently but urgently explained the concept of the track, handed her a lyric sheet, let her rub the rheum out of her yes, then let her go. “Hmmm what oh yes yes it’s our party it’s OUR party we bout this life yes yes mmhhmmmm do we have any Kashi?” A++++++++++++++++++

“And we’ll smoke till our pockets are empty. A person cannot live without sleep.” You might not think it first, but pretty much all that’s separating Miley and the somber, late-night vibez of Katie “Waxahatchee” Crutchfield is the back of the booth at the only 24-hour IHOP in town.

GRMLN — pouring his broken heart out over a plate of cinnamon apple compote — will probably be there, too.

Quasimoto — a foul-mouthed, trouble-makin’, brick-totin’, cig-smokin’, yellow kangaroo-looking mf’er with helium vocals — was invented by Madlib, the inexhaustible indie-rap hero, one day in the studio while feeling fed up with the baritone sound of his own deep-end voice. “Broad Factor,” off the odds-and-ends collection Yessir Whatever, proves that, blissfully — after more than a decade of the two crashing cars, hollering at girls, and hitting L’s in the basement together — not a damn thing has changed.

Shades. Smokes. Your stepdad’s ‘Vette, temporarily pilfered while he and your mom are at the time-share in Tampa. Now get the Kavinsky ALL THE WAY TURNT UP, and go bang out an ’80s-teensploitation-flick kind of night.

The music is the Walkmen’s “We’ve Been Had” holding its breath for three minutes, with the most shapely vocal Ezra Koenig’s ever put on tape; the song is a perfect short story about a road-trip breakup that threatens to carry all the old world’s certainties — the New York Times, the U.S. dollar — away with it. Even knowing it’s named for a girl Koenig knew in college, I still picture Lena Dunham every time — but these guys couldn’t write that song. It would be a crossing-the-streams moment for artists of supposedly underexamined privilege, problematic the way VW covering “Rich Forever” or calling an album The White Album would be. The Internet might never calm down.

Yeah, yeah: Jamie Foxx already recorded this song. But the survey of kinkiness that Rowland’s conducting here takes place at the contraceptive station at a club on another planet.

“Get Lucky” has been all but scientifically proven to turn anyone who hears it into a happy. But the other Pharrell song on that album is even better. The low, heavy slap of the drums and bass and the stratospheric falsetto Pharrell uses for the word “sweat”: It’s Michael Jackson driving a disco tank.

Let your summer nights play out to “N the Traffic,” a chilled-out collaboration between Droop-E, son of Bay Area god E-40, and L.A.’s lo-fi synth queen Nite Jewel. J. Stalin is also on the track, but let’s not allow the genocidal implications of his moniker ruin the nice 8 p.m. sunset vibes.

I went to college in North Carolina and quickly got sucked into the Waffle House–eating, sweet tea-sipping, barn partying Southern lifestyle. I came out alive — and happier — and much more importantly, with a love for country music. [Insert eye roll here.] These three songs are easy to sing along to, easy to listen to, and pretty much sum up summer in 10 minutes of smooth-sounding goodness. They talk about farmer’s tans, alcohol, trucks, Southern hospitality, alcohol, summer flings, guitars, and oh, did I mention alcohol? So put on some plaid, pass the hush puppies, and offer cheers to a SoCo-inspired hayride.

[Editor’s note: Mark Lisanti is on vacation, but he says hi, and wishes you were here.]

The conceit of this column is that we’re picking songs that we’re all listening to this summer that were also released this year. That last part trips me up a bit — if I were truly writing about my summer of ’13 jam, my choice would be “a tie for every song on Use Your Illusion I and II but especially ‘November Rain.’” But since I’m tied specifically to 2013 music — which is no punishment, because there’s been a plethora of great summer music this year, as you can plainly see — I’m going with two songs that I could have played endlessly while biking to the swimming pool when I was 14, rather than songs I did play endlessly while doing that.

I was going to save this as my Secret Emo Track for Sad Cries Alone, but after I heard the rumor that it’s about a gorilla, I was down to listen to it with my windows down. Maybe this song can undo the damage done to zoos by the music industry, in particular Simon & Garfunkel.

If your music video is a Google hangout, I want to be your groupie so bad.