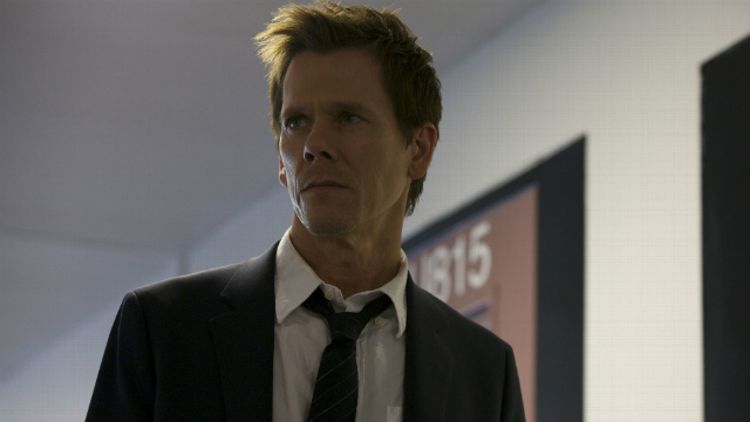 People die on television every day. They die of old age or cancer on tear-jerking dramas; occasionally they tumble down elevator shafts. On cable, they’re bitten to death by vampires and zombies or gunned down by mooks and molls. Even high school shows reach for the reaper, with teens dying from bullets, boats, or embarrassment. On a recent episode of Parks and Recreation, a character very nearly expired from a vicious fart attack. The body count of the Law & Order franchise alone rivals that of most land wars in Asia. Death is as much a part of life on the small screen as it is off it.

But I’m not sure if death’s ever been portrayed with such despicable glee as it is on The Following, Fox’s loathsome stab at gritty relevance that premieres tonight at 9 EST. The story of a charismatic serial killer and the murderous cult he inspires, The Following traffics in the sort of explicit gore usually reserved for midnight airings of assorted Texas chainsaw massacres. But Fox is after more than the grindhouse crowd: With its high-profile stars (Rome‘s James Purefoy; everything’s Kevin Bacon), and drippy gloss of psychological insight, The Following represents the suddenly struggling network’s attempt to reclaim a generation of eyeballs recently lost to the prestige licentiousness of cable. That this attempt involves the onscreen fetishizing of violent eyeball removal should tell you all you need to know. The Following is a toddler playing Halloween dress-up with a jug of karo syrup and a used copy of the DSM; calling it intelligent or adult does a disservice to those who happen to be both. It turns out pushing the envelope solely to shock doesn’t make something edgy; it makes it quite dull.

Tonight’s pilot, slickly directed by pop-punk video bro Marcos Siega, is a bit like a family-size bag of Doritos: It starts out pleasurably enough before spiraling into an abyss of processed stickiness and shame. Purefoy is Joe Carroll, a pretty-boy English professor who charmed students by blithering nonsense about Edgar Allan Poe’s “The Raven” before carving them up like Christmas geese. Consider him a sort of Lecter-lite, a hunter who doesn’t have the decency to eat what he shoots. (It will be interesting to see if NBC’s equally hyped Hannibal, debuting this spring, is more appealing.) We pick up the action in the present day, as Carroll skewers his way out of a supermax prison and back into the life of Ryan Hardy, the wizened FBI agent turned alcoholic true-crime writer who busted Carroll to begin with. Speaking of birds, the grim, sinewy Bacon plays Hardy like an old rooster bound for the stockpot. When he’s called back into service, Hardy is unemployed and alone, living out his days in the sort of spartan Brooklyn loft reserved on television for sensitive artists or the terminally ill. He’s drinking vodka out of water bottles like a college freshman and meaningfully fingering the scar Carroll’s knife left on him, located above — wait for it — his heart.

Hardy, as FBI Agent Basil Exposition helpfully informs us, “[doesn’t] play well with others,” which puts him even more at odds with Carroll, who, inexplicably, inspires a movement. It seems Joe’s behind-bars browser cache ranged far beyond law libraries and RateMyTeachers.com: He’s been stoking the flames of a nationwide movement only marginally worse than icing. The prison break, we learn, was merely the “inciting incident” of Carroll’s “next chapter” — to hear more show-offy literary terms tossed around you’d have to hit the open bar at an MLA conference. Now, Hardy and his dubious team must protect not only Carroll’s ex-wife (and Hardy’s own lost love), played by Justified‘s Natalie Zea, but also his only survivor, played with somber gravity by Lost‘s Maggie Grace. Complicating matters — and, indeed, fueling the series — is Carroll’s untold number of carefully curated, suitably psychotic acolytes, many of whom appear to be hiding in plain sight, ready and blankly eager to do their master’s homicidal bidding.

They also all appear to have watched lots of other movies and TV shows about serial killers. How else to explain the numbing monotony of all the crazy messages written in blood, the countless twitchy facial expressions, the untold stacks of photos with the eyes x-ed out? (It’s a bummer to note that all of this is the work of Kevin Williamson, the auteur responsible for the Scream franchise. Williamson’s descent from clever nitpicker/exploiter of genre tropes to humorless cliché merchant probably says something unfortunate about how we all eventually become what we mock.) Like a true fictional devil, Purefoy’s Carroll answers questions only in gassy, self-serving monologues about quivering bodies and “literati pretense.” He’s meant to be magnetic, with his Gothic theories about art and the Romantic period, but, at least as written, he’s as shallow as the undergrads he once whittled. Even worse is the psychobabble that spews from the mouth of Annie Parisse, woefully miscast yet again as Debra Parker, Hardy’s foil and the head of the FBI’s “alternative religion unit.” According to Parker, who debuts next week, Carroll’s appeal stems from “a pathology to today’s Internet-, techno-bred minds. He’s created a new vacancy in our humanity.” Oh, there’s a vacancy all right, but please leave us humans out of it.

The Following talks a good game about life and death, but it’s as empty as the eye sockets of Carroll’s victims. The show’s faux-concern trolling for the mental health of its many killers is galling, especially as it indulges their limp motives. It’s the same lurid cynicism on display when Siega’s shaky camera pretends to look away from the bodies stacked high as the books in a university library but manages to linger on the disposable carnage just the same. Future episodes ramp up the number of extras introduced only to be savagely killed. The living are of no interest here; they’re merely fossil fuel for the show’s merciless machinery. A slit throat here, an incinerated pedestrian there. It’s all the same to Williamson, in a sort of amoral showboating that might appeal to Carroll’s simplistic version of Poe, but surely not to audiences accustomed to the genuine character work and intricate emotional stakes of smarter shows like Breaking Bad and Game of Thrones. A generation of cable excellence has conditioned us to confront extremes of terror and violence and even, on occasion, feel for the bad guy. But by reducing murder to a meme, The Following makes even the banality of evil feel banal.