The Corrections’ Highbrow Supergroup Gets Rejected by HBO 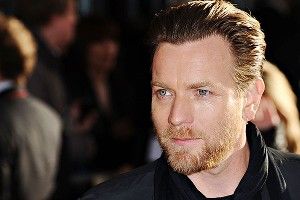 This should heal some wounds for a nation of aggrieved, turned-away television writers: Even Jonathan Franzen can’t get on the air. Against all outward signs of momentum, HBO has decided not to put in a series order for The Corrections, the adaptation of Franzen’s 2001 sad-family epic. The project was being helmed by Noah Baumbach, and you’d think the combo of Franzen and Baumbach — the sad-family master behind The Squid and the Whale and Greenberg — would have been enough to get a show about, I don’t know, the animatronic Chuck E. Cheese characters coming to life after everyone’s left for the day and playing Pop-a-Shot and eating all the pepperoni pizza onto the air. Then you take into consideration that Hollywood don Scott Rudin was producing, and that Baumbach had stuffed the cast with favorites from his movies, plus revered vets — Chris Cooper, Dianne Wiest, Ewan McGregor, Maggie Gyllenhaal, Rhys Ifans and Greta Gerwig were all on board — and it’s a straight-up shocker that this thing isn’t moving forward. Or, maybe it isn’t?

If you recall, before all the big names got attached, an adaptation of The Corrections — a prickly, elegantly constructed monster packed with parallel storylines, internal monologues, and feelings — was considered one hell of a TV adaptation to pull off. And, according to Deadline, that’s the conclusion the network came back to after all: “Word is HBO brass liked the performances but the decision came down to adapting the book’s challenging narrative, which moves through time and cuts forwards and back. While that works in the novel, it proved difficult to sustain in a series and challenging for viewers to follow, hampering the potential show’s accessibility.” So basically they said, thanks for coming out everyone, you’re all very talented and successful and attractive, but this was kind of a bad idea to begin with, our bad? A surprising move, to be sure, but commendable — admitting things aren’t quite working is certainly better than forcing the issue just because you got famous faces to put on posters. And don’t you kind of get the feeling that, at the end of the day, Franzen — cuddly curmudgeon and dedicated purist that he is — is going to be OK with the decision to leave his beloved book as just a beloved book? But, hey, Jon, listen: if you do feel like getting back on the TV horse, I got a really smart, really interesting Chuck E. Cheese-set sitcom idea I wanna talk to you about.

The ‘Dead Musician Hologram’ Debate Rages On: Hologram Dennis Wilson Is a ‘Not Right Now,’ Hologram Freddie Mercury Is a ‘No’