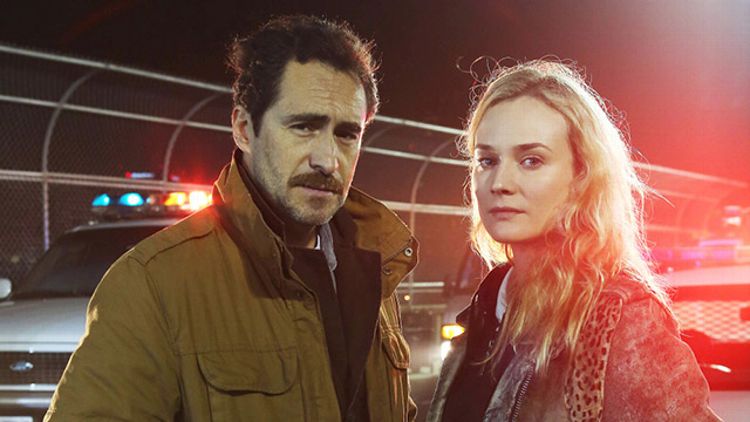 This week saw the publication of Difficult Men, GQ writer Brett Martin’s thorough investigation on the tough alpha dudes who fueled television’s recent Golden Age — both those in front of and behind the cameras. On Sunday, Showtime will debut Ray Donovan, which, despite being created by a woman (Southland’s Ann Biderman), would seemingly fit right into Martin’s narrative: It’s a bruised and brooding hour about a conflicted, violent antihero. But, as Mo Ryan deftly points out in her review, what once was fresh now feels tired and predictable, the reliance on a tanned and tormented lead an indication that the network “is not looking to the future … but to the testosterone-soaked past.” It’s yet another sign that Martin’s macho Golden Age is over and that we’ve moved on to a slightly more tarnished Silver Age. Ten years from now when someone space-publishes a laserbook about the spirit of cable’s current craze, it’ll most likely be called Dead Kids.

Yes, the era of charismatic killers is over — though someone forgot to send the broadcast networks that memo. In its place? A focus on the killed. Though it deserves very little credit for anything else, AMC’s The Killing jump-started this trend in 2011 when it built a first season (and, unfortunately, a second season) around the shocking death of a high school girl. This was a profound shift away from what had become the de facto mode for prestige storytelling, the decision to focus on the ripples caused by a violent event rather than on the boulder chucked into the water in the first place. (To continue the metaphor, the problem with The Killing was that it quickly lost sight of the ripples, slipped below the surface, and drowned any and all audience interest in a sinkhole of rainwater and crocodile tears. But I digress.)

It was also a clever pivot away from the audaciousness of the Golden Age and back toward the relative safety of something that has always worked on television: the police procedural. When a network invests big bucks in a show powered by an antihero, they immediately limit their potential audience (despite what Twitter tells you, not everyone is interested in watched a show about a murderer, or a meth dealer, or a Hershey Bar–addled impostor fueled by whiskey and self-loathing as well as their flexibility). When viewers rejected shows like Lights Out (troubled boxer) and Boss (troubled Frasier), there was no way for the network to successfully rejigger them in an attempt to recoup their investment. In contrast, The Killing — thanks to its law-enforcing, not breaking, leads — could just reboot with another case. (Season 3 ascribes to the Justin Timberlake–in–Social Network value system: You know what’s cooler than one dead girl? A ton of dead girls!) Both Justified and Breaking Bad are excellent in their own way, but it’ll always be easier — and potentially more profitable — to create a Raylan Givens than create a Walter White.

Young people in peril isn’t exactly my favorite genre (it’s not even in my top 2,000) and exploiting everyone’s discomfort with it could quickly lead to some deeply cynical television. But in terms of 2013? So far, so good, as the downgrade in ambition hasn’t yet translated into a similar decline in quality. Earlier in the year, Sundance Channel’s haunting Top of the Lake used a missing child as the inciting incident for a deeper — and more deeply moving — investigation of buried sins and permanent scars. And, this summer, viewers will have two equally strong options when it comes to juvenile corpses, shocked communities, and dogged, troubled investigators. The Bridge, premiering July 10 on FX, is an outstanding hour about the hunt for a serial killer on both sides of the U.S./Mexico border, written by Meredith Stiehm, the MVP of the Homeland writers’ room. (I’ll be writing much more on it soon.) And today BBC America announced it would be importing British ratings sensation Broadchurch beginning on August 7. Starring retired Doctor Who star David Tennant as a cop, Broadchurch tells the story of a small town rocked by the murder of, yes, a little boy (hey: diversity!). I’m not sure this murderous Silver Age will ever reach the villainous highs of the Golden Age we just left, but these three shows are a pretty good start. I guess the thing to remember is that classing up familiar TV crime scenarios is, in the end, not too dissimilar from murder: It’s all in the execution.

Welcome (Back) to Earth: What Roland Emmerich Can Learn From Independence Daysaster