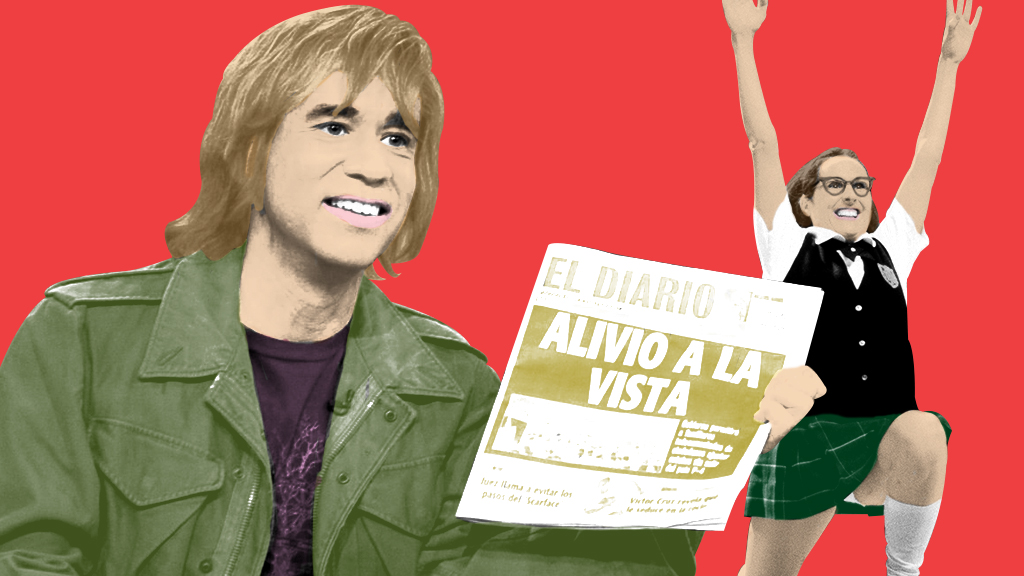 It’s very telling that thus far, the SNL bracket has featured only one true upset, 11-seed Rob Schneider knocking off 6-seed (and far less famous) Jan Hooks. As we get down to our Sweet 16, the results are just about what you’d imagine they would be, which goes to show how much the legacy of SNL is more or less fixed. There’s not much occasion these days to go back and reevaluate the SNL runs of most of the ’70s and ’80s cast, so we just assume certain things are true: “Little Chocolate Donuts” is a timeless treasure; Will Ferrell will probably win it all. The votes haven’t even been close; Adam Sandler creamed Chris Rock in Round 1, but there was very little doubt that he had to lose to Chris Farley in Round 2. The hierarchy is locked, it seems.

I wonder if anyone even bothered to watch the clips embedded for some of these matchups. If I was voting purely on the quality of the sample sketch provided, Fernando Lamas wins over Samurai Delicatessen every time. But the Belushi sketch is more of an accepted classic, and his legacy is helped by the fact that he never made My Giant or spent any time in blackface.

There were only two matchups that could even be called close, both involving idiosyncratic weirdos up against crowd-pleasing everydudes. Molly Shannon’s not-for-everyone absurdist theater-kid characters were bumped out by Jimmy Fallon, perhaps her polar opposite, a performer who always seemed to want to be liked more than he wanted to commit to a bit. That’s not a knock; it’s what made him so appealing on “Weekend Update” and a no-brainer for late night. But it’s interesting that Fallon — who has been far more visible post-SNL than Shannon’s mostly indie-comedy career (including Mike White’s excellent proto-Enlightened 2007 film, Year of the Dog) — had such a hard time beating Shannon. The most interesting thing this bracket has the potential to address is what has more weight in our SNL memory — personalities or characters? In other words, is Mary Katherine Gallagher worth more or less than Jay Leno’s old desk?

Last week Alex Pappademas predicted a narrow upset for Fred Armisen (4) over Jason Sudeikis (5), a not unreasonable guess based on the fact that this bracket exists on the Internet and the Internet loves Portlandia. I’m hard-pressed to think of a for-the-ages memorable character of Armisen’s aside from his elephant-in-the-room Barack Obama; while his sense of humor skews much more weird, he’s similar to Fallon in that we know him more as a personality, a cool guy associated with things we like. Sudeikis, on the other hand, is the kind of good-looking jock type who easily found a post-SNL Hollywood career — but who never slacked on his commitment to characters, whether it was tracksuit guy in “What Up With That?” or Mr. A-Hole. And it was Sudeikis who advanced.

I’m not saying this is a referendum on characters vs. comedians, or even The Tonight Show vs. Portlandia. But I do think as we near the finals, we’ll find that personality gets you far, but a memorable arsenal of characters is what secures your SNL legacy. It’s the one thing that is truly unique to this show, a skill set that many of its most successful alumni never get to explore with such variation after they leave. With that, as well as the inflexibility of the earlier generations in mind (check out the uniformity of those seedings!), I give you my Elite Eight predictions:

The Right Reasons Podcast: ‘Bachelor in Paradise’ and ‘The Singles Project’