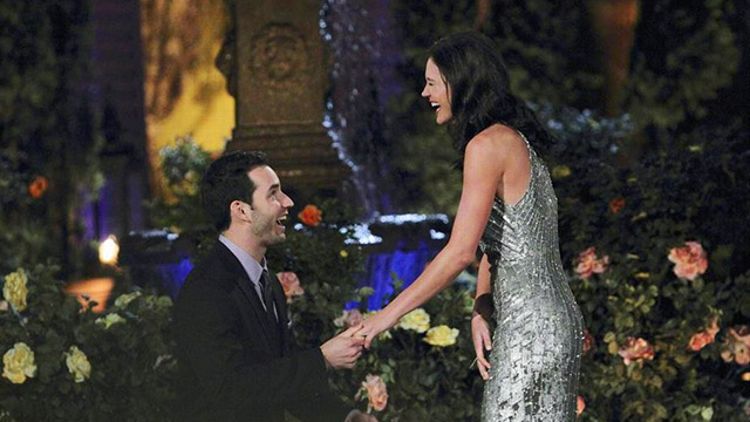 Some say that the end of May is a time for barbecues and outdoor activities and generally not the time for network television. These people are wrong. Memorial Day marks the premiere of The Bachelorette, and last night, Desiree Hartsock began her second televised journey to find love, which will hopefully feature her playboy-fearing brother and significantly fewer tears than we saw in the season premiere. If you haven’t spent the past two weeks studying the bios of the 26 dudes vying to present Des with a Neil Lane ring in a hotel courtyard one of Earth’s last Edens, you probably can only separate the shirtless guy (Zak W.) and the #IWantARoseGuy from the rest of the pack. Luckily, my unfounded-theory approach to The Bachelorette has expanded from podcast to written word. Here is your official Bachelorette scouting report: the potential winners to keep an eye on, the most likely sources of unintentional comedy, and the purely sensational guys that ABC wants us to talk about.

Reason he’ll win: As an Army veteran, Bryden already has a compelling narrative that includes befriending an Iraqi child. Unfortunately, he did not wear his uniform to the rose ceremony.

Misgivings: In their first sit-down together, Bryden tells Des that one of his best friends is his dog. So he has no friends.

Reason he’ll win: He has an adorable son, whom he used as a prop in his initial entrance. Ben got off to an auspicious start by winning the first rose.

Misgivings: Take a moment to watch Des ask Ben about his son’s mother.

“Oh, that’s nice.” Oh, that’s nice. Oh, that’s nice. Ben just admitted that there’s another woman in his life with whom he shares an inexorable bond that will last for their entire lives. Des does not like this. Ben will stick around for a while, but there’s no chance he will win while remaining on such amicable terms with his baby mama.

Reason he’ll win: Brooks dominates the “This Season On” trailer. He’s not a part of the drama that it advertises, but he makes it to a warm-weather climate — which is always a good sign. He might be this season’s Catherine, quiet at first but ready to come on strong once the field narrows.

Misgivings: He is a very awkward hugger.

Moment of lunacy: Because of Des’s wisdom and beauty, Will renames her Athena, after the Greek goddess. Well, according to Wikipedia, Athena is not only the goddess of wisdom, but also “courage, inspiration, civilization, law and justice, just warfare, mathematics, strength, strategy, the arts, crafts, and skill.” She’s the goddess of everything. Will may be technically correct, but he’s also wrong due to lack of specificity.

Moment of lunacy: Is Kasey with a K a doomed name on this show? Kasey speaks in #hashtags because he works in #socialmedia, so he introduces himself with a few: #PerfectBachelorette! #MarriageMaterial! #LetTheJourneyBegin!

His Twitter page casts doubt on his fluency in the language, though:

I guess Twitter deletes your account if you deactivate it for too long. Glad no one registered my name. #gladtobeback

Fine, maybe he went inactive while shooting the show. But shouldn’t he have considered that possibility?

Best moment: Michael G. takes Des over to the fountain to retrieve a penny she threw in there with Sean last season. In the process, he gets his sleeves wet. How did he get through the rest of the night with wet sleeves? And a corollary: Are wet sleeves worse than wet jeans on a rainy day? 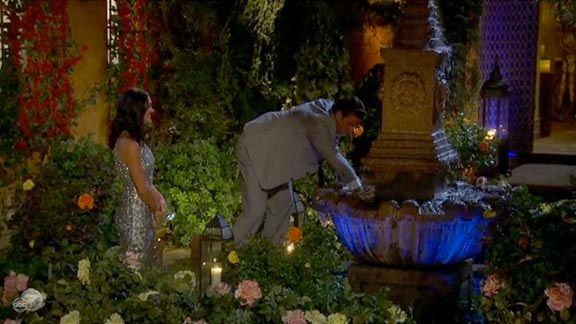 As it turns out, Michael G. appears to be a diabetic, and Kasey likes to make (now deleted) jokes about that. Guess what, Kasey? #DIABETESISREAL.

Best moment: Robert claims to be a pioneer in sign-spinning, which, without evidence to the contrary, is very impressive. Let’s hope he shows off those skills soon. Until then, his striking resemblance to Liam Hemsworth must be noted. 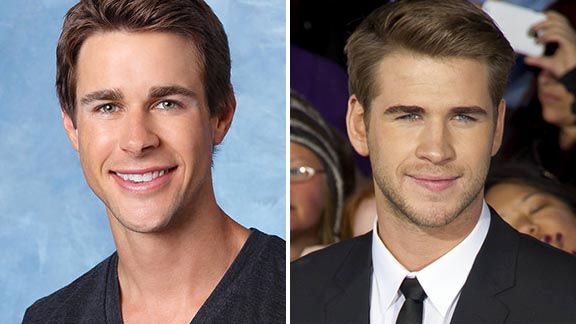 Oh, Zak. There are predecessors who perfected the “Let’s get naked and jump in the pool!” move. Ed Swidersky of Bachelor Pad fame was a master. His drunken confidence eclipsed the fact that he was drunk in the pool by himself. Unfortunately for shirtless Zak from Mico, Texas, he has not learned the ways of Ed.

I know very little about soccer, or as they say in Venezuela, football. But those moves did not really impress me. Why is a professional athlete on this show?

Jonathan references an impressive vertical leap on his official biography. I’m devastated that we’ll never find out how high he can jump, though his one-legged push-ups were a strong indication of his fitness.

There always has to be one contestant who cannot hold his liquor. Too bad for Larry, it was him. But if you caused the Bachelorette to rip her dress on the first night, you’d probably drink a lot, too. Though the rip didn’t appear to be visible, and the tear sound effect seemed enhanced.

This British-born dentist should have faked an English accent if he wanted to stay on the show longer.

In addition to these three, Des also eliminated Diogo, Nick R., and Micah on the first night, and another 11 guys who haven’t differentiated themselves much still remain. Bachelor fans were already won over by Des’s performance during Sean’s season, and despite the profusion of tears and Chris Harrison’s insistence that she is taking this seriously, she started out strong last night. Let’s all raise our glasses filled with questionable liquids of varying levels of alcohol to a new season of the summer’s best network show since Bachelor Pad was canceled.