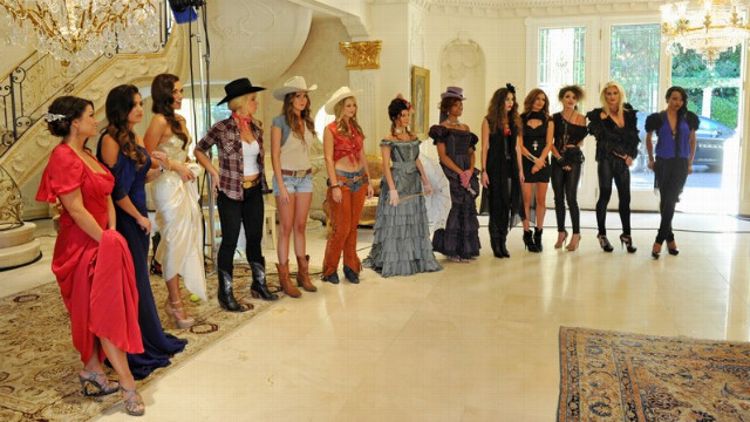 If you’re open to the possibility that every waking moment is an exciting Learnportunity™ just waiting to be ingested by a knowledge-thirsty mind and converted into actionable information, the two hours you expend watching The Bachelor each week suddenly transform from a chillingly effective exercise in brain-cell degeneration to one that actually grows new, stronger neurons in a part of the cerebral cortex once ravaged by reality-TV consumption. Indeed, these fresh cells are mostly useful to people who seek to become contestants on The Bachelor — and that’s what keeps the lights on at our main campus in downtown Los Angeles, nestled between a superb Rock’n Fish and a high-end bowling alley concept. But that’s no reason to close yourself off from the potential self-improvement value of any incidental life-lessons one might glean from the on-screen trials of a bikini-clad cosmetic consultant soaking in a hot tub, hoping to find the answers to the love-puzzle in a bottomless wine glass, should your (probably misguided) ambitions lie elsewhere. What we’re trying to communicate here is this: Those 120 minutes we collectively spent in the thrall of Sean Lowe and his 18 remaining temporary soul mates were not wasted, even if you’re not hoping to one day undertake a similar quest. At the moment. Plans change. Oh, how plans change! And when they do, you’ll thank us for the following lessons compiled from last night’s episode, and we’ll be happy to accept your enrollment deposit.

Helicopters are the limousines of the sky. What they might lack in some of the luxury amenities of your typical stretch Hummer — the minibar, the neon lighting, the DVD player stocked with tasteful, couples-oriented pornography — they more than make up for in the fact that you are hovering inside the belly of a steel angel above a breathtaking cityscape, a snow-capped mountaintop, or the landing pad of the only local hospital equipped to deal with the exotic, life-threatening injury you’ve just sustained on an extreme date. If your heart does not flutter at the very sight of whirring blades and an honorably discharged ex-Navy pilot wearing giant headphones, perhaps The Bachelor isn’t for you. You’re going to ride in a helicopter, and you’re going to like it. No, scratch that: You’re going to clutch your chest and realize something amazing is about to happen to you, probably involving a significant amount of personal danger. Enjoy the ride while you can, marveling at the beautiful world below; when you step off the copter, there’s either going to be a blanket and picnic basket waiting for you, or some kind of elaborate harness meant to prevent your untimely demise when you are hurled from the top of a skyscraper.

2. Face your fears, even if they’re not technically your fears.

The producers love nothing more than arranging dates where you are confronting, and then hopefully overcoming, your gravest fears. So if, say, a helicopter alights on the top of a very tall building, and someone asks you if you’re afraid of heights, don’t respond, “Kind of.” Put your hand across your gaping mouth, whisper something about how your favorite aunt tumbled to her death on a trip to the Eiffel Tower, and then immediately vomit in that hand. The entire point of the challenge before you is to chemically bond you to your Bachelor with the endorphins released during a life-threatening experience. If he doesn’t feel like he’s saving you and/or shepherding you through a gauntlet of personal triumph, the bonding will be weak. Get afraid. You’re about to be strapped into an apparatus that will allow you to free-fall 300 feet to your simulated near-death. The engineers who devised it are great at their jobs, and everything is rigorously tested, but realistically there’s still something like a 2 percent chance your last thought will be Aren’t we supposed to be slowing down now? Appreciate that fact and emote accordingly.

3. Address the elephant in the room.

Here is what we typed into our RoseLog app at the precise moment it was revealed that Sean had selected Sarah, the contestant born with one arm, for his first one-on-one date. “Address the elephant in the room.” And here is what Sarah said mere seconds later, as they were about to embark on their adventure: “We need to address the elephant in the room.” You now may say: “Why do we even need you, if the contestants themselves are precisely articulating the lessons you’re allegedly mining from the show?” Excellent question, hypothetical student. The answer, of course, is “Because while you were busy weeping at Sarah’s heartbreaking tale of discrimination at the hands of some filthy neo-carnies whose disgusting inability to glean the spirit of state-mandated safety regulations denied her a zip line ride beneath Las Vegas’s world-famous Fremont Street Viva Vision Electric Acid Canopy Experience, we were dispassionately transcribing her words for the betterment of all fellow knowledge-seekers.”

As it turns out, Sean’s OK with the one-arm thing, and the producers have no compunction about chucking her off that 37-story building. Elephant tranquilized, lesson recorded.

Fine, this is another direct quote from a contestant, but it bears repeating for both its obviousness and its wisdom. Thank you, Tierra, for letting us know that you are committed to antagonizing anyone (a winning Courtney Robertson strategy!) who might interfere with your attempts to fill in the blank parts of the stalker-collage of Sean you’ve been assembling ever since Emily made the terrible mistake of releasing him back into the Bachelor casting pool.

R.I.P., Katie the Yoga Instructor, 1/7/13–1/14/13. Best of luck in your future, downward-facing-dog-related endeavors. And don’t ever straighten your hair, you look exactly like the French girl from Better Off Dead right now, and it’s really working for you. Perhaps you can use this brief moment of notoriety to move to Los Angeles, open your own studio, and teach the “skiing on one ski” pose you’ve just invented? Untold riches await. Yoga people love that stuff.

See also: Amanda the Dark Cloud, who kept “bringing the mood down,” and was alternately described as “uncomfortable,” “nonresponsive,” “weird,” and “rude.” She survived the disapprobation of her more-bonded harem members to capture this week’s final rose, but she’s one pungent stink eye away from a group weave-yanking. Don’t be the one who “turns it on” only when your Bachelor is around, because soon you’ll be on the wrong end of a slur-whispered She’s Not Who She Seems heart-to-heart, a place where only the truly sociopathic thrive.

6. Give the first kiss of the season.

It’s still too early to put out.* However, only one lucky contestant has the opportunity to give the first official kiss of the season. Why not be that person? Soon, your Bachelor’s mouth with become community property. Plant your tongue-flag there as a warning to all who stumble upon it later. (This sounds exactly as unsavory as it is. No one said this was a sanitary competition.)

[*We’ll allow putting out next week.]

We were more than ready to retire this one, and then, wouldn’t you know it: The producers introduced a challenge seemingly tailor-made to Kristy the Ford Model’s skill set. With eight years of experience in the fashion trenches (including a stint in the aspiring Hometown Hottie salt mines), she easily triumphed over her less-prepared competitors, who flailed helplessly as they tried to lace up impossibly intricate harlot-bodices, insert stage-bloodied stunt-fangs, and operate 10-gallon hats while under the terrifying scrutiny of the camera’s unblinking eye. As her reward, Kristy will be featured on the cover of three Harlequin romances; one can only assume that with the huge exposure a platform like this show provides, the upcoming Every Rose Has Its Thorn, A Bachelor Unleashed, and Cowgirls vs. Vampires: Cosplay Orgy will be best sellers all.

8. Go ahead, bring up the race thing.

Your Bachelor has been fully prepped to deal with that question. Here’s a brief transcript from the relevant portion of a casting interview Sean referenced last night in answering Robyn’s queries about his racial preferences in a romantic partner:

“What kind of woman are you looking for?”
“You know, somebody who’s got a kind heart, a sweet disposition, and is fun.”
“That’s so great, Sean. But what are you looking for, you know, physically?”
“Let me just say —”
“Don’t say ‘only white girls.'”
“I wasn’t going to say that. I’m cool with all races. Really.”
“Look, we’ve had some trouble with lawsuits. Ugly, baseless stuff.”
“My last girlfriend was black.”
“Hold on. Can we use that on the show?”
“It’s not a thing with me, so I don’t see why you would need to —”
“Hey, no one’s saying we’re gonna make a thing out of it. Maybe it’ll just come up. Naturally. In the flow.”
“Whatever you need to do, man. I’m just telling the truth.”
“So you’re definitely not saying ‘only white girls’?”
“I never said that in the first place. You did.”
“I’m sorry, I didn’t have the recorder going the first time.”
“Are we finished?”
“Sure, sure. Anything else?”
“I do kind of like brunettes, though.”
“Don’t say ‘only white brunettes.'”
“I’m done here!”
“If it comes up! Naturally!”

Short version: Sean is cool with all races. Really.

You’re not Emily Maynard. Emily gets to have a kid. Emily could have had 14 kids by 14 different race-car drivers who died under tragic circumstances, and Sean would have loved them all as his own, had she not jackhammered his heart into a million tiny pieces of cardiac rubble. It’s still too painful. Go home to your kids, Diana. Or whoever. This is a lesson for everybody who’s not Emily Maynard.

They offer over 40 different varieties under 100 calories! They paid good money for those Oh! commercials. Help out a health-conscious soup company.