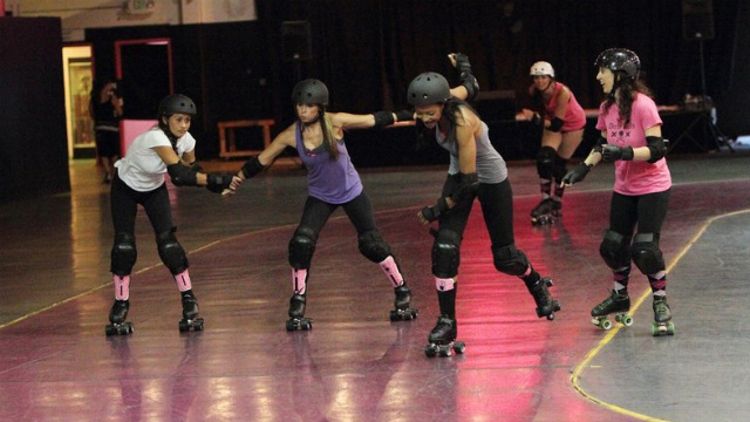 When new enrollees arrive for their first day of Bachelor School (this is, of course, assuming a full matriculation, and not participation in one of the 16 different tiers in our Online Curriculum), they each find a single manila envelope atop their desks. Inside that envelope is a mirror, because before we can truly begin to learn the most effective way to capture a Bachelor’s heart, we must know ourselves. Students spend the next eight hours staring into that mirror, a lesson that ends only when (a) they achieve a deep understanding about their essential beings, usually characterized by explosive weeping and/or a desperate tearing at their hair, or (b) they suffer a psychotic break, usually characterized by superficially similar weeping/tearing behavior — but don’t worry, our instructors are trained to recognize the subtle differences between these very different mental states, and always retrieve the mirrors before they can be shattered and turned into instruments of either self- or other-directed harm. Once these personal breakthroughs are experienced, students are finally ready to discard their previous selves and get down to the difficult work of reconstructing their identities in a way that maximizes their appeal to an individual who has entrusted a broadcast television network with his quest for romantic fulfillment.

Indeed, that first day is very hard. But those who stick with the program realize dramatic and immediate gains in the crucial area of ego-annihilation. And we let them keep the mirrors.

On to last night’s lessons. The episode was, as they say, a “doozy.”

1. A private jet ride does not necessarily indicate a luxurious destination.

It’s natural to expect that when your Bachelor escorts you to an idling G6 at the end of a runway you will soon be en route to a romantic paradise like Paris, or Morocco, or a heart-shaped hot tub at the center of a tiki-torch-ringed clearing in a Southeast Asian nation known for its high-quality sex tourism. But don’t let these expectations consume you, because there’s just as good a chance you’ll be landing at the base of a medium-size rock formation a mere 30 minutes later; the producers pride themselves on their ability to keep contestants off-balance. Greet any locale, no matter how initially disappointing, with enthusiasm: Every minute alone with the Bachelor is a precious gift, even if much of it will be spent clinging to the face of a cliff, paralyzed with fear that your last moments on Earth will be spent worrying about how your Spandex-wrapped ass looks dangling four feet in front of his face. (It looks great. That’s why he asked the producers to dangle it four feet from his face.)

2. Adapt to your surroundings when you’re taken out of your element.

Instead of saying, “I don’t do well in heat,” try something like, “I love to work up a good sweat.” When you want to say, “I’m more of an indoors type of girl,” go with, “It’s so great to get outside like this.” Have you forgotten the mirror already? Why did we spend all that money on mirrors if you’re not going to internalize the lesson about forgetting the old person staring back at you? That’s the You of an instant ago; in any present moment, there’s new and better a You who thrives in hot climates, who relishes the chance to scamper up some stupid rock if it means not having to guzzle Chardonnay around a pool with 15 other women all desperately trying to drag an overstimulated Bachelor to a quiet loveseat for up to 30 uninterrupted seconds of alone time. You (heat-loving, sporty you) and you alone are out there in the desert with the momentary object of your desire, atop a sweltering rock you defeated together. And soon you will be sitting by a campfire outside some painstakingly art-directed recreational vehicles, wrapped in a blanket, reveling in the feeling of a challenge mutually overcome.

So there you are, sitting by that campfire outside those painstakingly art-directed recreational vehicles, wrapped in that blanket, reveling in those feelings of that challenge mutually overcome, whispering to each other about all of your hopes, dreams, and fears. The obvious play here would be to allow him to kiss you, especially after he says, “I really want to kiss you right now,” and has spent the previous 15 minutes intermittently pressing his lips into the top of your skull. It would be so easy, in fact, to just slightly shift the position of your head in such a way that his next skull-kiss might finally connect with the front of your face, and then let nature take its course. (That important first makeout session, some light groping underneath the camera-shielding privacy of that blanket, and, a little further down the road, a more penetrative encounter in a Fantasy Suite, now that you’ve proven you’re in it to win it.) There is, however, a much higher-risk strategy available to you in this moment, one that’s probably tantamount to a suicide mission as soon as Episode 5: Making him wait. Explain how your traditionalist family will disown you if you’re caught kissing on national television, how their cultural conservatism means that you have to date “in secret,” but, you know, “not really in secret,” but yeah, “sort of in secret.” This MAY work, but (1) only once, (2) only if you communicate this information in seductive whispers that make it feel like your parents might be hiding in the RV 10 feet away to overhear the erotic conspiracy you’re planning, and (3) only if it’s clear you will, in the very near future, be willing to jettison whatever thousands-year-old cultural baggage is keeping you from physically consummating your relationship and allow the flames of your ardor to torch every familial bridge in your path.

Yeah, it’s dangerous. But it’s just crazy enough to work, at least until the pressure of the next rose ceremony suddenly converts the Bachelor Mansion into a desperation-powered putting-out factory. Snuggle chastely while you can, but know the risks.

Sometimes, the producers get tired of playing it coy with the boozy manipulations and the unsubtle beauty contests, preferring to turn the show into a more literal death match. Take these opportunities for what they are: an officially sanctioned chance to hurt somebody. And do it quickly: The situation’s likely to get out of hand fast, and what was supposed to be a winner-smash-all, bone-crushing roller derby will soon devolve into a touchy-feely disco-on-wheels. Do your damage before it’s too late. Once they call free-skate, a vicious elbow to the eye socket will be grounds for immediate removal from the show.

Anyone can take the go-along-to-get-along route, embracing the mansion-as-sorority-house model of survival, but only one contestant per season can seize the role of House Antagonist. As Courtney “The Model” Robertson so ably and ruthlessly demonstrated last season, forcing the other women to spend all their energy worrying about you takes them out of their own game, making them look insane/defensive/jealous when they inevitably bring their nebulous, easily rebutted complaints to the Bachelor in hopes of exposing “the real you.” As House Antagonist, many negative tactics are available to you, such as:

This is an incomplete list; the possibilities are limited only by the nagging of your conscience, which can always be muffled by a languid dip in the champagne whirlpool.

If your Bachelor is describing you as “an incredible person,” you’re about to be met at the nearest curb by the Limousine of Despair, where you will try to suppress your uncontrollable sobbing long enough to convince the viewing public that you just want him to be happy, that you’re still convinced he’s there for all the right reasons, that you’re sorry you couldn’t generate the proper “chemistry” from a scenario in which you were cast in the role of cinema’s most beloved prostitute. You’ll be fine, promise. There are no sharp objects in the back of the Limousine of Despair, just the unblinking eye of the camera reflecting back the barely suppressed pain of an ill-advised dream prematurely crushed.

The path to the Final Rose is littered with the broken, once-perfect bodies of Ford models, of fashion models, of fit models.

They are fresh out of models. All modeled out. They don’t expect any models in on the next shipment, but try calling again tomorrow; sometimes they find some on the truck.