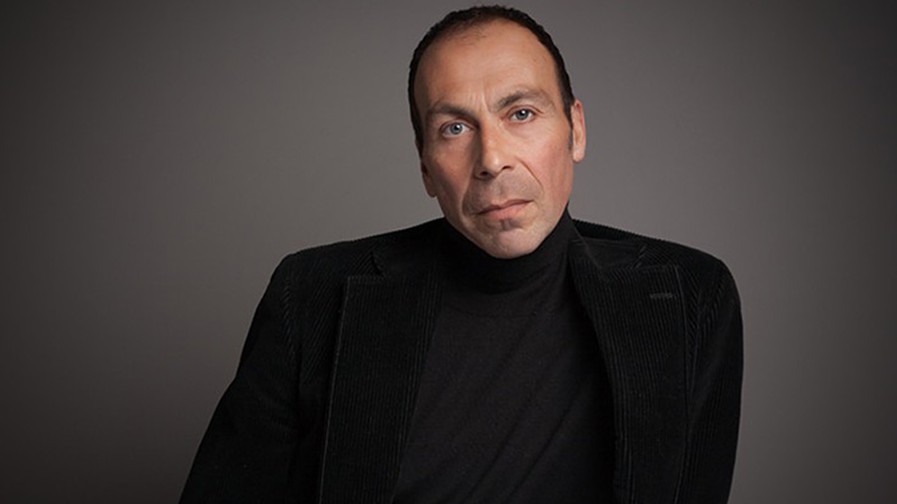 The comic and character actor Taylor Negron — who died Saturday, of liver cancer, at 57 — was never a household name. But he had a household face. If you went to movies or watched TV with any kind of dedication during the past 30 years, you probably felt like you knew him a little — that broad, odd smile, that droll dinner-music voice, the unreadable and sometimes off-putting feline sensuality he brought to roles that couldn’t possibly have called for it. He knew how to unlock the full potential of each of his moments near the spotlight; something about the way he moved and spoke imbued all of his mailmen and pizza guys and waiters with rich, possibly depraved inner lives, as if they’d just wandered into this situation from circumstances weirder than you could possibly imagine. As the comedian and Mystery Science Theater 3000 writer J. Elvis Weinstein said on Twitter the night Negron died, “He always seemed to me like he knew some really big secret that no one else did,” which was a perfect way of putting it. Negron’s passing had been announced on YouTube earlier that day by his cousin, Chuck Negron, who was once the lead singer of Three Dog Night, and this was also perfect: Even in death, Taylor wasn’t the most famous person in the room. He would probably have found this funny.

In the ’90s, Negron made rerun-immortality-ensuring appearances on Friends (as the Lebanese manager of the Italian restaurant Monica works at) and Seinfeld (as a stylist who recoils in horror from Elaine’s subway-stinky hair). By then, he’d already appeared on the big screen as the supermarket cashier who won’t sell Daniel Roebuck’s teenage murderer a can of Bud in Tim Hunter’s River’s Edge, a creepy AK-toting henchman in Tony Scott’s The Last Boy Scout (“You’re the bad guy, right?” Bruce Willis says to him when they meet, declining Negron’s offer of a formal introduction), a preening standup in Punchline (“AREA RUGGGGHHH”) and the delivery guy who brings Jeff Spicoli a double-cheese-and-sausage on Mr. Hand’s time in Fast Times at Ridgemont High, the role CNN put in the headline of his obituary. Those were a few of his good movies; he was also in many bad ones, like I Woke Up Early the Day I Died, with Billy Zane and a screenplay by deceased crap-maestro Edward D. Wood Jr., and Nothing But Trouble, which even Wood might have disavowed. Personally, I was up late Saturday digging in vain on YouTube for some record of Negron’s brief, inexplicable stint as the fledgling E! network’s promo-bumper “poster boy and priest-king.” I’ll forever associate him with those ads, and the more swinging, hey-why-not moment in basic-cable history they represented.

Years after E! phased out the priest-king position, I’d hear proto-podcast-ish recordings of Negron telling stories at live shows like Beth Lapides’s UnCabaret, about growing up in L.A. “when the palm trees were shorter and Tomorrowland was modern.” I spent most of my adolescence and early adulthood romanticizing Southern California from afar, and along with Bruce Wagner and Joan Didion and Henry Rollins and Richard Rayner and Joe Frank and the assortment of weirdos who wrote for zines like Ben Is Dead, Negron the nonfiction raconteur helped shape my concept of L.A. as a sympathetic environment for the kind of professional ironist and marginal cult figure I thought I wanted to be. Negron’s monologues suggested that Los Angeles was a place where you could let a warm breeze blow you sideways through a life in the arts and pick up a few truths of the universe along the way — or that was what it sounded like to me, anyway, because that was what I wanted to hear.

Negron was born Brad Stephen Negron in Glendale, California, to Puerto Rican parents he’d later describe as glamorous, cigarette-ad kind of people. (His father, Conrad Negron, went on to become the mayor of Indian Wells and self-published the 2010 book Religion: Is It Giving God a Bad Name? in which he notes that his son “is not a member of any congregation. However, he is very spiritually inclined and finds comfort with the Lord.”) His first brush with fame came early; as a teenager, he worked as a life model for Hanna-Barbera animators, who put a version of his giant head on a character in the 1974 cartoon Devlin, which led to Negron’s likeness appearing on lunch boxes and in coloring books. At 18, he played a clown at the opening of an Iranian supermarket in Hollywood, despite having no prior clowning experience; sometime after that, while working at the Sherwood Oaks Experimental College at the corner of Hollywood and Ivar, he met guest lecturer Lucille Ball, who sent him out for cookies, scotch, and unfiltered Pall Malls and later took him on as an acting-workshop student.

“Lucy gave me the best advice I’ve ever gotten in show business,” Negron once told the L.A. Times. “She said, ‘When playing drunk, speak slowly and clearly. And don’t ever produce a show about helicopters.’” He said this in 2001, on the set of a Fox Family series called So Little Time, in which he played a male nanny (named Manny, no less) looking after Malibu Colony tweens played by Mary-Kate and Ashley Olsen. He told the paper he’d modeled his performance on Hazel’s Shirley Booth, and spoke about the job with dignity: “I feel like I’m on ‘Gilligan’s Island’ or ‘The Beverly Hillbillies.’ You see people behaving nicely and being part of something that is overtly decent.” The show lasted two years; it was his last recurring TV gig. His first was in 1979, on ABC’s Detective School, starring Barney Miller’s James Gregory. “One other star did emerge in the person of newcomer Taylor Negron,” Pittsburgh Press TV critic Barbara Holsopple wrote when the show premiered. “He’s best described as a male Charo, but with a real flair for comedy.”

He managed to live down that compliment. He stuck around, worked consistently, established himself as a welcome and dependable presence in projects of widely varying quality, wrote plays on the side, and starred in one-man shows. He did well enough to own a second home in the south of France, where he went to paint, and where his neighbors included fellow comic turned actor Richard Belzer. (I’ll take “People You Wouldn’t Think Had Second Homes in the South of France” for $200.) It’s possible Negron would have traded it all away to become the Puerto Rican–Jewish-Iranian Paul Newman, if that had been an option. But maybe not; although his own career remained blissfully untroubled by superstardom, he spent enough time around famous people to understand the limits of celebrity. In a 2008 interview with Retrojunk, he talked about working with Rodney Dangerfield in 1983’s Easy Money. “He was kind of a mess,” Negron said. “Lots of drugs and people enabling him. Those eyes! I remember getting into his limo and in the back seat there was this pillow from his bed. All crumbled up. This pillow said volumes. I felt bad for him. Here he was, clutching his safety net in this long Town Car.”

I think Negron knew that by missing out on actual fame, he’d also dodged the panoply of psychic depredations visited upon the famous. It wasn’t a bad deal; he was a born storyteller whose life had provided him with a hundred great stories. I’m partial to the one he told onstage in New York at a Moth event in May, which went online in December, just a few weeks before he died. To say too much would ruin it, but it’s funny and life- and art-affirming and involves Jim Morrison and a monkey, and as epitaphs go, it’s as wonderfully strange as Negron himself.