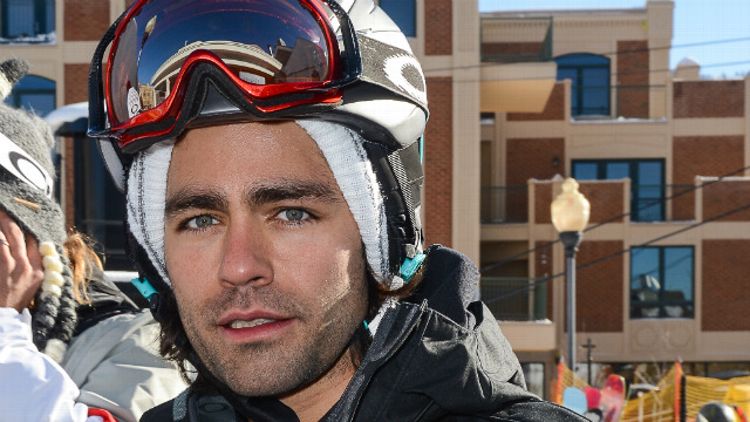 It’s Friday night, and we’re in a mansion high atop a mountain somewhere in nearby Deer Valley, the kind of place that doesn’t have an address. A cab driver takes me over. He reminisces about the old days at Sundance. “I’ve had some crazy times, man.” I ask him what he means. “Oh, you know: big parties, hot tubs, cougars.” He’s a local, remembers sending the yellow cabs that drive up from Salt Lake City during Sundance on wild goose chases around town. But GPS put an end to that, he says, sadly.

Which I’m grateful for tonight, actually: It’s all we can do to find the hotel at the base of the mountain, where in the lobby I give my name to a waiting factotum, who dispatches another factotum, who brings another car around. I get in and we drive for a while, heading up the hill. There is no address because this road is private: We pass through one gate manned by a security guard, and then another, pairs of leaping deer glinting off the ironwork. Up the mountain we go, making lefts and rights at seeming random, speeding up in the dark.

My editors were mostly pleased with my first dispatch from this town, but they had some advice, too. “Try to get to a late-night after-party one of these days,” one of them suggested. “Like one where you wind up in some crazy house in Deer Valley at 2 a.m.”

I am in Deer Valley. I am in the crazy house. It is a house in which no one could possibly live. The ersatz rock fireplaces all have flat-screen TVs above them. In the entryway, one of those branded paparazzi backdrops has been set up, an impromptu red carpet in a private home. There are trays of shots and complementary bottles of Core Power protein shakes and a four-person pod of blonde women in short dresses and high heels who are clearly being paid to talk to single male party guests. There is a super-friendly paid masseuse here. Her shift ends at midnight, but she stays for a while after to hang out. There’s a deck down below where you can see the stars.

A band is performing, chic women playing heavy metal. It sounds somehow familiar. “All these bad bitches, man, they want the …” Big Sean. It’s “Clique.” They are heavy-metal-covering “Clique.”

Adrian Grenier is bobbing his head. He’s surrounded by women. “Girls, they actually think he’s a celebrity, just because he played a celebrity on TV!” This is a new friend of mine talking, one of those guys you join forces with so you’ll be two awkward people standing in the corner, rather than just one. I begin to explain to him about Sundance in the post-Entourage era — that this is in fact what we’re here to see, Grenier after the fall — then think better of it and just nod. Adrian Grenier’s long hair is shaggy and resplendent. He looks like he just got back from a rewarding day on the mountain, high-fiving people in mid-air.

Earlier, I’d come about as close to death as I hope to come while in Park City. They have these big white tents outside the theaters, you queue up inside of them, 10 snaky lines of people separated by metal barricades. This particular line is for the world premiere of Kill Your Darlings, the feature debut of director John Krokidas, about the early days of Allen Ginsberg and Jack Kerouac and William Burroughs, when they all first became friends. Daniel Radcliffe plays Ginsberg; in a few minutes we’ll watch him have graphic onscreen missionary sex with another man and make out with Dane DeHaan, playing Ginsberg’s friend and muse Lucien Carr.

But first, the stampede.

It begins with a hissing noise and a plume of smoke from the far end of the tent. People start shouting, clambering over the barricades. A series of loud bangs like gunshots. Everyone is sprinting for the exits, faces showing pure neural terror. Somebody is yelling “Get down!” somebody else, “Run!” The assembled ticket-holders for Kill Your Darlings are doing both. There is white smoke in the tent, metal crashing to the ground, piles of people tripping over each other near the doors.

The culprit is revealed to be a rogue fire extinguisher. The screening proceeds as planned. The movie is pretty close to awful — “a period semi-epic multi-character movie with musical sequences,” as Krokidas describes it beforehand. It’s the kind of movie where Radcliffe’s Ginsberg writes beat poetry to an actual beat, hammering away at a typewriter in rhythm with the swing band playing on the soundtrack. Ginsberg and his friends go up to Harlem or down to the Village, and we know this because we can see their progress animated on an old-timey subway map. It’s all very on the nose: “We need new words, new rhythms,” DeHaan’s Carr says to Ginsberg. They trade writerly aphorisms and an appreciation for jazz. David Cross plays Ginsberg’s wounded poet dad; Jack Huston does a decent Kerouac; Ben Foster plays Burroughs.

Krokidas dedicates the film to his father, who died when he was 21. “It wasn’t the easiest relationship,” he says. “I never came out to him.” But he did make a movie about “being 21 and telling the world who you are.” They shot the film in just 24 working days, he notes.

Afterward the movie’s cast stands next to him onstage, taking questions. I’m far away but I’m pretty certain Radcliffe is wearing camouflage pants.

They herd celebrities like zoo animals here. They put them on display. At the Saturday-evening premiere party for Lynn Shelton’s Touchy Feely, Ellen Page sits in the VIP section, playing with her phone, looking bored, bathed in the ubiquitous blue light of Sundance sponsor Chase Sapphire. There are sweet potato, smoked mozzarella, and chive croquettes; chipotle cupcake muffins; Greek salad skewers; pinot grigio and Grey Goose. Stars Rosemarie DeWitt, Allison Janney, and Ron Livingston walk the red carpet outside. In front of me a girl on her phone is furiously Googling “John Livingston.”

Don Jon is meant to be a comedy — Scarlett Johansson plays a 10 whom Jon covets and ultimately seduces; Tony Danza, who Gordon-Levitt introduces beforehand as “Tony Fucking Danza,” plays Jon’s dad; Julianne Moore appears as a grieving woman who ultimately teaches Jon to value making love over casual, meaningless sex. The film doesn’t totally work, or really work at all — it’s a thin conceit stretched to feature length, though Johansson’s Jersey girl is fetchingly, hilariously acted. “Movies and pornos are different, Jon! They give awards for movies!” she says at one point. There is a gag involving a fake rom-com called Special Someone starring Anne Hathaway and Channing Tatum that I wished was real. Tatum weeps convincingly in his 20-second cameo.

I’m learning to handle the fear of missing out, but it is omnipresent. You try to make peace with the films you don’t see: James Ponsoldt’s The Spectacular Now, an apparently Say Anything–like teen romance film starring killer Descendants actress Shailene Woodley; Take Shelter director Jeff Nichols’s Mud, with the redeemed and revitalized Matthew McConaughey; Touchy Feely, one of several movies I’ve attended parties for without actually seeing. You eat granola bars while waiting on lines or shamefacedly at Pizza Hut between screenings or not at all. By 6:30 p.m. everyone is lightheaded.

Your friends are here but you’re never in the same place at once. It’s like New Year’s: Everybody is trying to figure out if they’re supposed to be where they are or somewhere else. While I ride in a car with a well-connected friend one night, she casually makes mention of The List. “Yeah but you have The List, right?”

Movie-wise, Saturday is better. I see Blue Caprice, walk out of Austenland after 40 minutes, live my dreams of seeing Rutger Hauer in person at the premiere of Il Futuro, an Italian/German/Spanish movie directed by Chilean Alicia Scherson and based on a Bolaño novel. Hauer plays a blind hermit bodybuilder and ex-movie star. He massages oil onto a nude Manuela Martelli, misses half the Q&A after because he’s in the bathroom. When he at last emerges, he’s wearing a jacket that appears to be printed with black-and-white satellite images from Google Earth. “I’m not afraid of you,” he tells the assembled crowd, staring balefully out at us. “I’ve learned not to be afraid of you.”

Blue Caprice is the first movie I see here that feels real, like it could exist somewhere besides an overheated film festival on the side of a mountain. It’s directed by Alexandre Moors, the Parisian who codirected Cruel Summer, the inscrutable short film by Kanye West that premiered at Cannes last year. Blue Caprice is based on the real-life D.C. sniper attacks of a decade ago, and stars Isaiah Washington and Tequan Richmond as the father-and-surrogate-son shooting team. It’s dreamy and horrifying, like a Gus Van Sant movie — beautifully composed and acted, quiet, elliptical, and then visceral and really unsettling. Washington plays a handsome and charismatic man who has been irredeemably broken somehow — he’s too angry to live. The film follows his gradual brutalization and corruption of the boy he adopted, played by Tequan Richmond. They wander upscale suburbs and supermarkets planning murder, America as paradise lost.

After the screening, both Washington and Richmond look stunned. Neither had seen the film before. “I thought I was making Bourne Identity,” Washington says. Instead he’d made a melancholy art film. Richmond, who is just 20, and whose career has mostly been spent so far on sitcoms, takes the microphone. “All the roles I’ve chosen so far have been pretty normal,” he says, trailing off. He says how happy he is that this one isn’t normal in the least.

Afterward, my well-connected friend invites me to a mansion party Franco is apparently throwing over in Deer Valley. We drive over, follow a dark road into the mountains, pass a gate that swings open to let us through. But it’s only when we arrive at the second gate, the one with the leaping deer on it, that I realize where we’re headed, for the second night in a row.

“I won’t go back up this mountain,” I say softly in the back seat. I’m sandwiched between two drunk women who proudly show me a photo they’d taken earlier that night, the two of them flanking The Wire’s Michael B. Jordan. “Where’s Wallace?!” they scream heedlessly out of the car’s open windows.

I go back up the mountain.