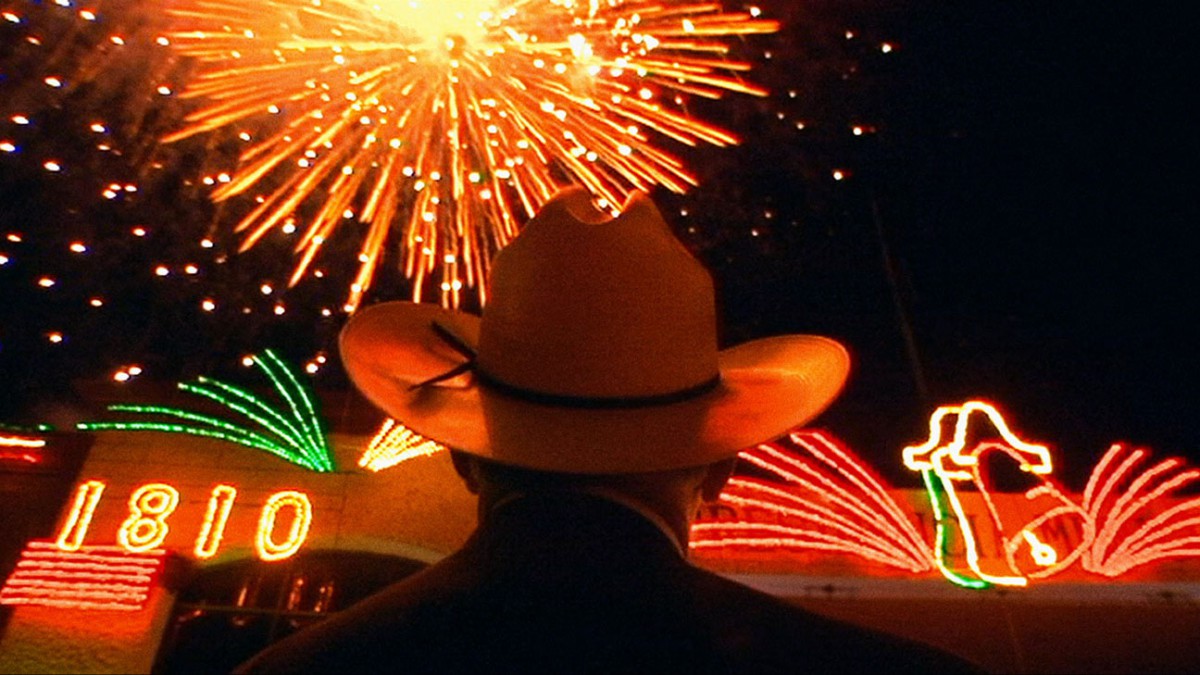 Among my favorite things about film festivals, especially this one, is walking in late to, say, a documentary about a pair of conjoined Tex-Mex border towns, and being unable to find a good seat. That is how it went Thursday evening for Western, a whisperingly observed account of the psychic and economic toll of the Mexican drug wars and the U.S. and Mexican government’s response to them.

The film, directed by brothers Turner and Bill Ross IV, is set in the twin cities of Eagle Pass and the relatively larger Piedras Negras. In 2008, the U.S. government sued Eagle Pass and won land access in order to erect a fence along the border. The filmmakers are on hand to provide snatches of the ugly iron gating being lifted into place. The movie follows an Eagle Pass cattle rancher named Martín Wall as he deliberates how to proceed with his family’s Mexico-dependent business after the U.S. government closes the border. There are also long, pleasurable stretches with Chad Foster, the amiable, long-looking, cowboy-hatted mayor of Eagle Pass, who objects to most of what the Department of Homeland Security intends for this small, handsome, arid town.

The fear of cartel violence spilling into Texas is real. During the Rosses’ filming, the mayor of Piedras Negras dies in a suspicious plane crash. And gradually a similar mortal threat cuts into Foster’s charisma. But the film comes by all of this impressionistically. The Rosses work in the same vérité style of their Tchoupitoulas, a more audio-visually intoxicating immersion in New Orleans. In Western, they don’t tell a story so much as show it. The politics become a backdrop against which the movie can look at certain aspects of life in a Texas border town: bull-riding, concerts, presumably rare thunderstorms. Wall’s small daughter rides in rodeos. Foster crosses between the towns and does whatever it is politicians do.

Western does what a good documentary should. It engages your sense of wonder, closes the gap between the foreign and the familiar. The film leaves the politics and violence as a backdrop. The situation comes through in snippets of Spanish-language news reports, call-in radio, conversations glimpsed from the street through diner windows, and shots of Foster, who died of cancer in 2012, reading, from hate mail, accounts of his treasonous ways. But the Rosses’ uninflected focus on daily life permits you to consider the ongoing upside of these so-called border wars. Eagle Pass is a town full of bilingual white Texans and Mexicans. The fence is meant to keep out illegal trespassers and make Americans feel safe. But the cultures feel irrevocably merged. There’s nothing a fence can do about that. 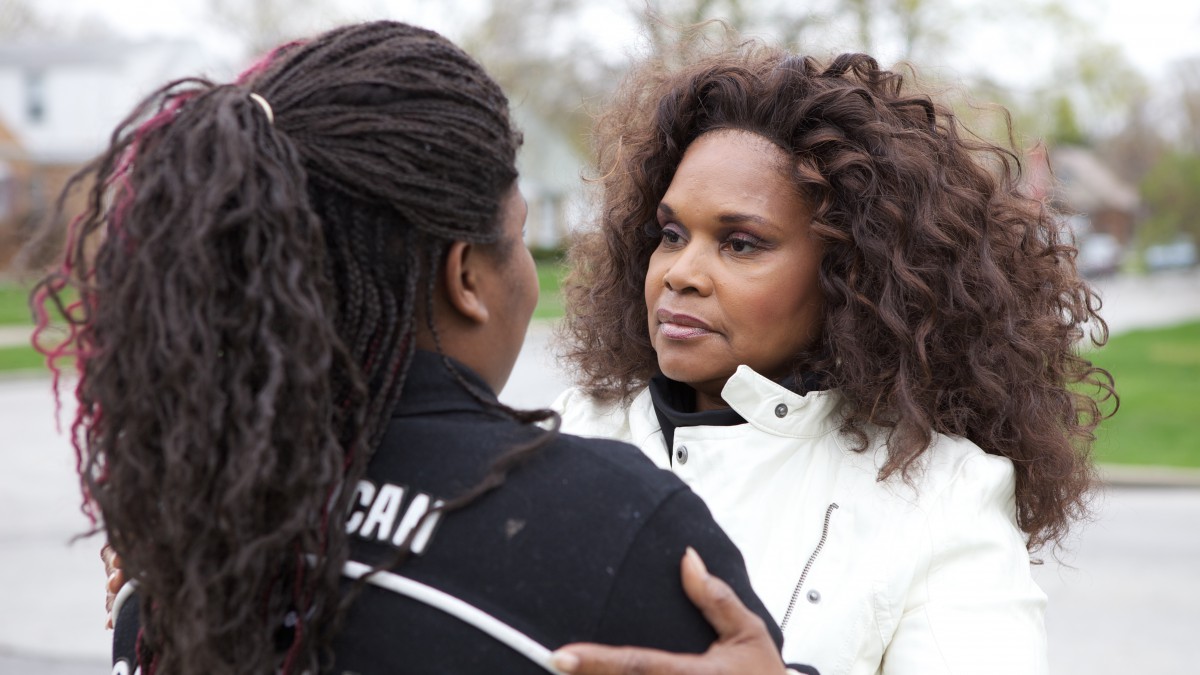 There might be an uptick in the number of vérité films at the festival this year. I hope it continues. These films seem harder to do because in some ways the filmmaker is looking for a movie on the spot. It’s a kind of photography in which the shutter stays open. The British filmmaker Kim Longinotto has been receding into the ether of her subjects and their travails since the mid-1970s. She’s back in the world documentary competition with Dreamcatcher, the best work of nonfiction artistry I’ve seen at this Sundance.

Longinotto follows Brenda Myers-Powell as her two-woman operation, the Dreamcatchers, does street-level outreach to Chicago prostitutes. She patrols neighborhoods talking to women in the hope they’re ready to leave “the life.” If so, she’ll find them a safe place for support and, if necessary, detox. Brenda has taken in her nephew to keep him away from her abusive brother and is working on getting her brother’s drug-addicted wife, Melanie, out of the house, too. She shares with these women (some on the streets, some in jail), as well as with a group of high school girls who attend an after-school program she runs, her escape from a life of prostitution, drug abuse, and self-preserving cruelty. Sometimes, a former pimp she knows, Fancy, speaks in class and recounts his bad behavior.

This is a scenario that’s made for vérité. Having Brenda sit before the camera and tell us the horrors and miracle of her story wouldn’t be nearly as powerful as seeing her tell it to strangers a different charismatic way every time. Longinotto operates her own camera, and she’s there when Brenda wakes up, when she goes to bed, when she can’t find the misplaced wig that best expresses how she’s feeling that day. She’s saintly, but she ails both psychologically and physically (impending knee surgery leaves her worried about how the girls will fare without her).

What emerges from all of this curiosity is a portrait of poverty and abuse that feels epidemic. The film’s first trip to Brenda’s after-school program features a young woman who tells the group that she’d been raped. Another girl follows her. Then another. I’ve never seen anything so casually devastating. The movie does so much emotional damage because Longinotto doesn’t make public service announcements. She’s an ingeniously perceptive storyteller whose magic trick is to allow the story to appear to tell itself. 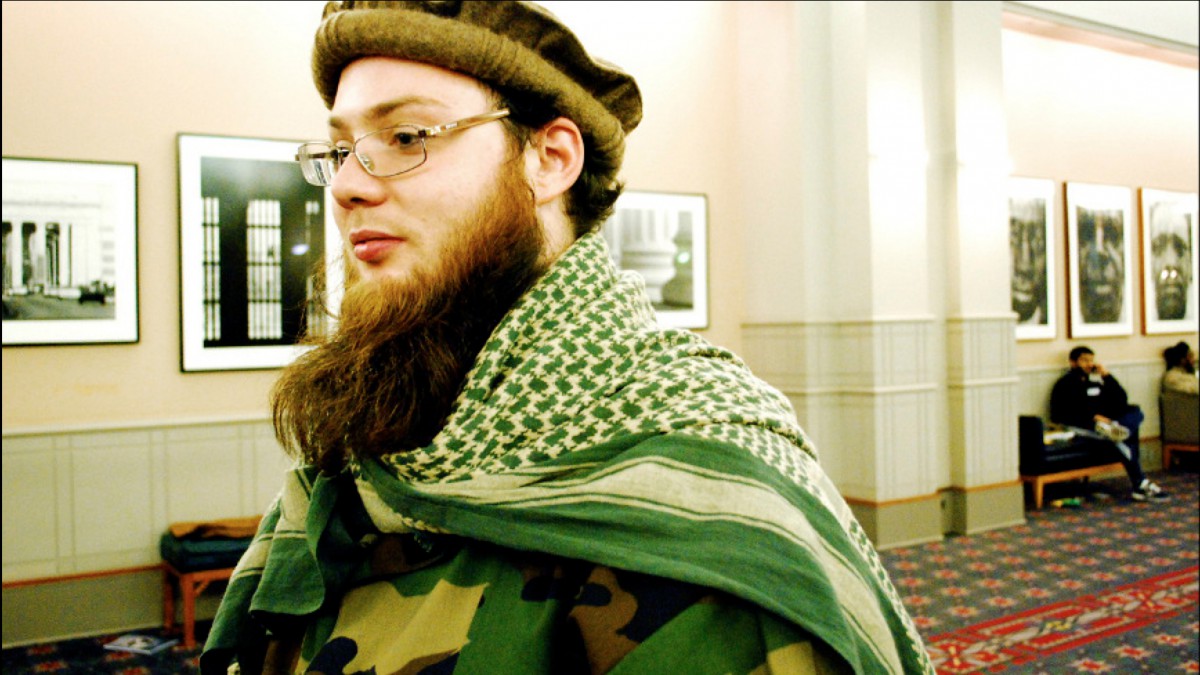 I went to the documentary (T)error on the strong recommendation of a couple of friends. And I see what they’re responding to. You think it’s telling the story of Saeed Torres, an ex-con and former member of the Black Panther Party who now works undercover as an FBI antiterrorism informant. But the filmmakers, Lyric R. Cabral and David Felix Sutcliffe, go through the looking glass once, then again, until the film opens into a three-way surveillance thriller that damns the FBI’s counterterrorism tactics. Torres seems poorly trained for such sensitive and dangerous work. He might also be underpaid. He is also getting old, is a chronic marijuana smoker, and is in poor health. It’s impossible to leave this movie without thinking the Bureau finds him, and probably other such low-level operatives, expendable. So do the filmmakers — it feels that way, at least.

There’s an ethical push and pull here that’s initially fascinating. When we meet Torres, he’s working in the school cafeteria at an undisclosed location, cheering at a basketball game. The first words we hear from him are basically, Don’t fucking film me. But they do, anyway, with his grudging consent. Mostly, what they wind up showing is Torres, pretending to be “Shariff,” sitting around, waiting, trading adolescent messages with his mark. Torres is fascinating. He had been a political militant but he was also a con artist and a thief. He made a deal in which he’d work for the FBI in exchange for 20 years off his prison sentence. As a Muslim, he wants to expose Muslims who abuse or exploit Islam. He bakes cakes.

But the directors might have arrived at the conclusion that, in the event, Torres isn’t that compelling to watch. If there’s one shot of him holding or smoking a blunt, there might be 20. The triangulation of the plot opens up the film and does result in the airing of some filthy FBI laundry. But all this amazing access feels somehow squandered (Laura Poitras is credited as creative consultant, and the movie sometimes feels as underwater as some of her early work). The movie seems less interested in clear, careful filmmaking than it is in information. So as a kind of activism, it’s an achievement. As a movie, it’s not enough. 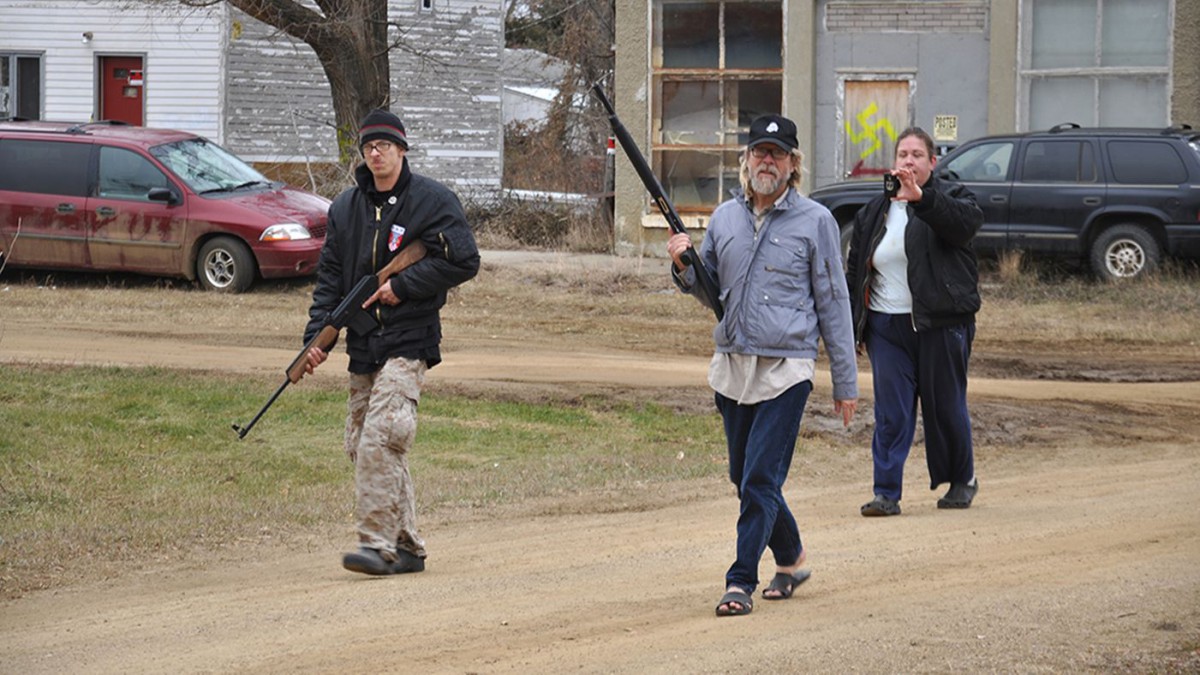 None of these films yet has a distributor, but the one about the white supremacists who attempt to take over a tiny North Dakota town — Welcome to Leith — is likely to get one. It takes only a sentence to explain and is made with enough dread and comedy to instill some relief about your neighbors. The directors Michael Beach Nichols and Christopher K. Walker are there when Craig Cobb, a storied white supremacist, is walking around his part of town confrontationally armed, with a reedy kid named Kynan Dutton as a sidekick. Cobb’s dream is for enough of his ilk to heed his call to come to Leith and form a voting bloc strong enough to take the town over and produce a white-power haven.

There might be one too many scenes of empty provocation, like when Dutton and his wife ask their son which n-words he’s learned. Still, the glib, sensationalist Vice-umentary I feared never comes to pass. The movie is merely Vice-ish; it’s following the lead of the anti-supremacist watchdogs at the Southern Poverty Law Center. Nichols and Walker watch events unfold and are legitimately curious about what makes a man like Cobb tick. There are mental health concerns; he doesn’t appear to be alone in that, either. But the film finds, in Leith, a community that bands together to expunge hate, and it’s a relief. The film’s humane. Cobb and Dutton are represented as life-size people with terrible beliefs. Dutton, like Torres, also fancies himself a baker, suggesting there might be room in the world for an extremist pastry shop. You don’t need to create monsters out of these men. Their ideas will do fine.