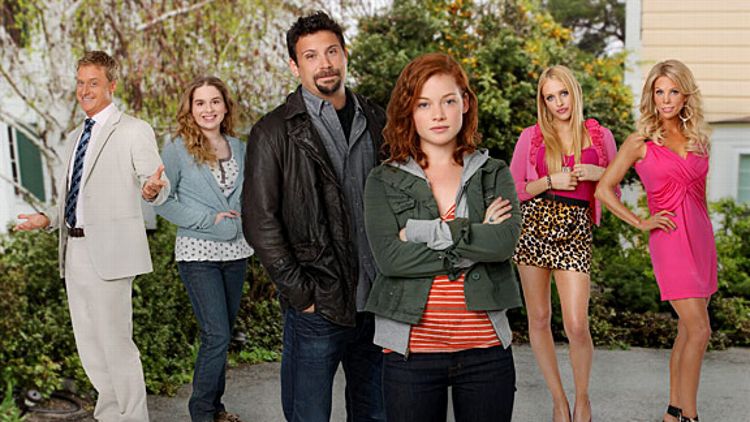 Tessa Altman is world-weary, snarky and wise. A cockeyed pessimist, she provides a withering running internal monologue to take stock of her unfortunate situation, trapped, as she is, in a ridiculous society that refuses to understand or value her. That Tessa is 16 years old is hardly relevant. The protagonist of ABC’s surprisingly funny Suburgatory, which premiered last night, is the latest in a long line of television “teenagers”: pert put-down machines who wear training bras but speak with the Merlot-stained voices of thirtysomething writers. Call them Sarcastic Picky Teen Girls (with apologies to Nathan Rabin) and they’re a small-screen institution, from My So-Called Life through Gilmore Girls, the short-lived Life Unexpected, and, most recently, MTV’s excellent Awkward. But familiarity doesn’t make them any less compelling — particularly when the SPDG in question is played by an actress as irresistably judgmental as Jane Levy.

The Emma Stone comparisons are there for the making (and they’ve been made!), but Levy is a gentler ginger, able to project weapons-grade negativity at her new surroundings while still seeming like a confused and hurt kid. (Less believable is when show creator Emily Kapnek has Levy engaging in extreme adult-hindsight behavior like eating lunch in the handicapped bathroom stall and getting back at her father through “passive aggressive reference books.”) The trick going forward will be allowing Tessa to actually like something without air-quotes around it, but we’re confident Levy has the necessary chops to ration the haterade or at least profit from it: Her school’s new “token minority” student is played by known snacks merchant Maestro Harrell, a.k.a. Randy from The Wire. Let’s hope the show puts these two into business together stat.

But back to those surroundings: In the pilot, Tessa and her amiable architect (paging Mindy Kaling!) single father trade the wilds of Manhattan for a new life in a plastic suburban wasteland that the credits pinpoint as Long Island but is really indistinguishable from the San Fernando Valley, thus achieving the Hollywood dream of reducing America to a manageable either/or between “hip” New York City and the sunbathing sprawl of Los Angeles-ish. The broad cartooniness of the setting allows for some killer jokes — imagining sugar-free Red Bull as the sticky fuel for an entire ZIP code; outfits accentuated by pink goggles — but also provides some cause for concern: How to laugh at Cheryl Hines’ absurdly drawn mega-MILF while still hewing to the sitcom code of eventual loving and learning? Last night’s initial attempt to answer that question — via some pink undergarments — didn’t exactly fly, but Suburgatory has earned some breathing room on the Dad Couch. Tone is easier to adjust than casting and, in addition to Hines and the solid Jeremy Sisto, future episodes promise greater contributions from proven cafeteria hams Alan Tudyk, Ana Gasteyer and, eventually, Chris Parnell. But, really, we’ll happily ride along with Levy’s Tessa (in an old-lady bike, natch) as she stomps her “vag-etarian” Doc Martens all over Suburgatory’s perfectly manicured lawns. We could listen to her wax ironic all day.

RazzieWatch: Why Human Centipede 2 Won't Be Nominated for Worst Picture