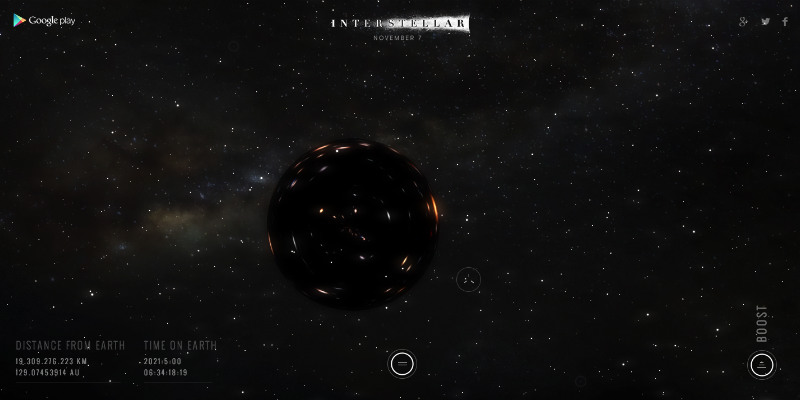 You can watch the final trailer for Christopher Nolan’s forthcoming space opus Interstellar on YouTube. But what’s the fun of that? Break out your Oculus and use all of your bandwidth by exploring “Space Hunt” at the new interactive Interstellar website.

First off, the trailer, which exists in the black hole I’m assuming Matthew McConaughey and Anne Hathaway enter at some point in the film, because if there’s an unexplored light-bending gravity suck somewhere in space, you just KNOW those two won’t be able to keep themselves away. 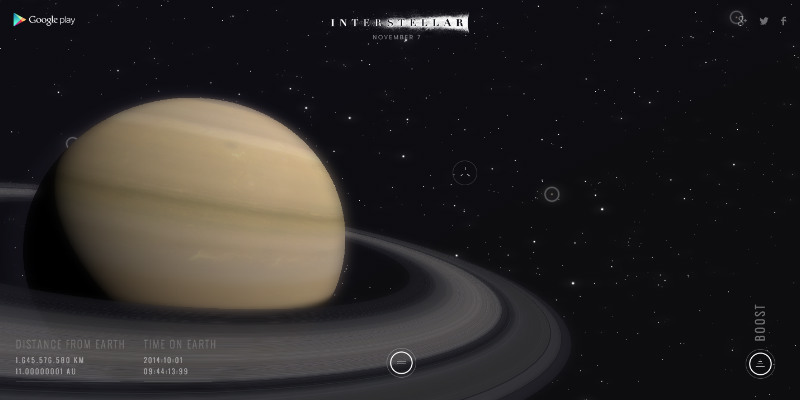 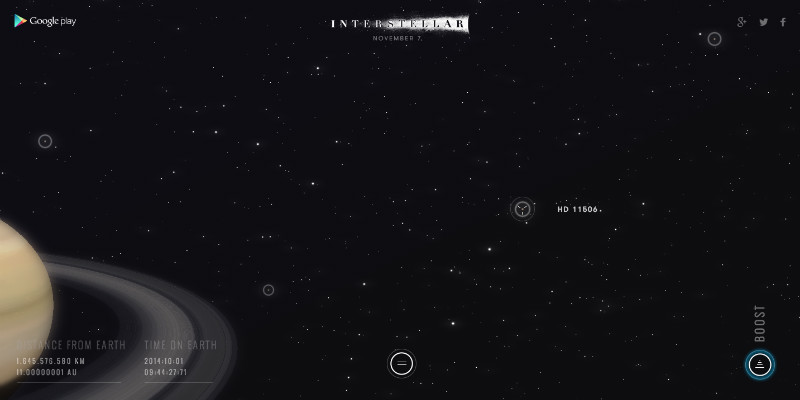 … an ad for Interstellar mobile wallpaper. The universe is always expanding, indeed. 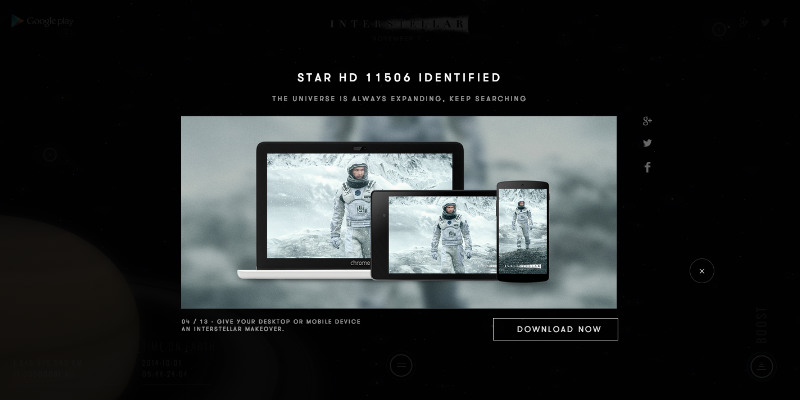 There’s this featurette with consulting physicist Kip Thorne, who talks about how time and space is represented in the film.

There’s Voyager 1, the first manmade object to leave our solar system, and a link to hear the Golden Record commissioned by Carl Sagan and Ann Druyan. 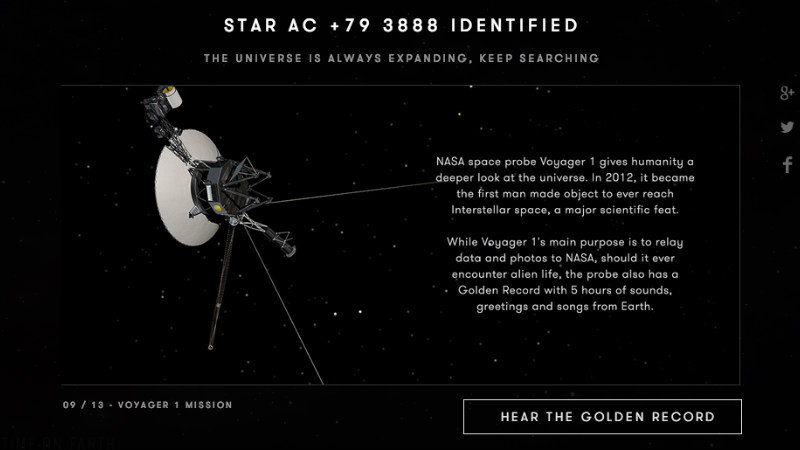 There’s this gorgeous lens flare, most likely coming from the Outer Rim Territories. 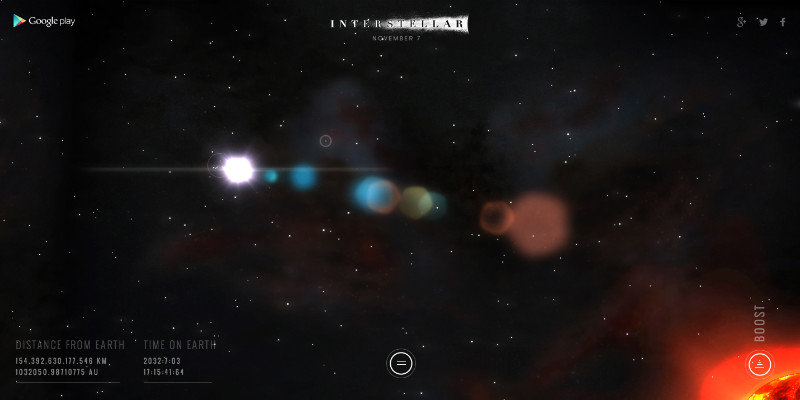 There’s Google Play, which I accidentally clicked on the link for at one point, perhaps the most unexplored, mysterious territory of all spacetime. 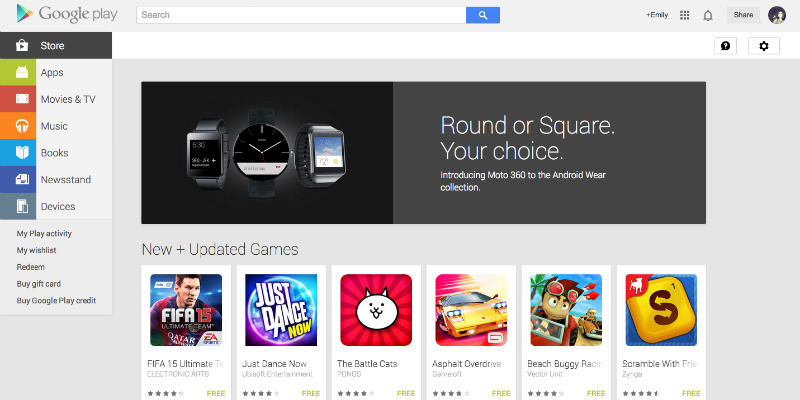