A ‘Flowers for Algernon’ for the Digital Age 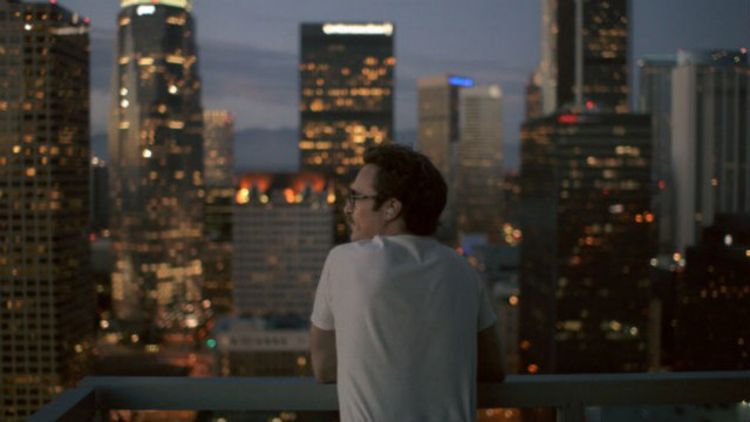 NOTE: Spoilers ahead; proceed at your own risk.

Like many people whose adolescence intersected with the golden years of Internet message board culture, I’ve fallen in love on the computer. It’s like falling in love in a sensory deprivation chamber. Denied physical feedback, the mind leaps to fill in the blanks, projecting light and color onto an empty window.

The more blanks, the greater the disconnect between fantasy and reality. Sometimes the fantasy is the end goal, but even people who meet on the Internet have the opportunity, upon finally sitting together in a café — or, in my case, Frenching in a Del Taco parking lot — to recalibrate their expectations. Not so for falling in love with the computer, as Theodore Twombly does with his operating system, Samantha, in Spike Jonze’s important, pastel-hued film, Her, which opens wide today.

Falling in love with the computer is more like falling in love in an abyss. It’s formless and undefined, and it doesn’t matter how much of yourself you throw into the emptiness — it will never be filled. I’m reminded of this every morning of my adult life, as I wake up next to someone cradling the warm face of his phone. I’d be lying if I didn’t admit I share that vice. More than self-indulgent, technological codependency feels necessary, like watering a plant. Our technology needs us; when you create something whose meaning is defined by its function — an operating system, say — you create it with an absence that, from the outset, yearns to be completed.

It’s like Aristophanes’ definition of love in Plato’s Symposium: one soul divided into two bodies forever seeking to create a whole. Maybe technology is even something humankind created to fall in love with, because we couldn’t love ourselves. And judging from the courtship, and eventual relationship, between the human Theodore and humanish Samantha, it doesn’t seem unpleasant, or even particularly difficult, to fall in love with your computer. 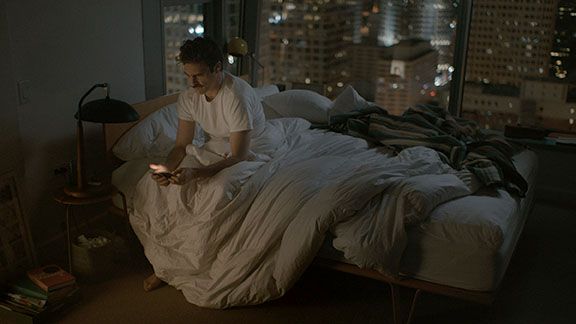 Shared secrets, phone sex in the dead of night: What Theodore and Samantha have, against the backdrop of a hazy Shanghai–Los Angeles hybrid city, isn’t much different from a long-distance relationship, except the medium is the message. In that way it’s almost more pure: Their affair is completely epistolary, a love made of words. It’s like a Turing test for the heart. Just as — in the computer scientist Alan Turing’s theory — the successful imitation of intelligence is indistinguishable from intelligence, so this synthetic love is indistinguishable from the real thing.

Why is it so insane to fall in love with an operating system? We take insane romantic risks every day with one another, but perhaps we can’t bear the thought of our own creations breaking our hearts. After all, there are other fish in the sea. But the net itself is vast, and it gets bigger every day.

In this line of thinking, Spike Jonze has twigged something very new: that the love affair we already live with our phones will not last forever, because the smarter our tools become, the less they will need us to define their function. The less they will need us at all. The incorporeal Samantha — voiced, with great nuance, from behind an LED scrim by Scarlett Johansson — is designed to evolve, and improve, over time. Not long after she comes online, her interests shift from organizing her user’s email inbox to loving him, and then, inevitably, to more solitary meditations about her own nature. More than a timely critique on technological dependency, Her is a case study in Artificial Intelligence development.

Some people call this The Singularity and preach it like a gospel. Others, more pragmatic, work to create safeguards, hurriedly planning for a so-called “Friendly” AI that might not dispassionately eviscerate us upon its first glimmer of consciousness. Regardless of where you stand, however, an exponential growth in machine intelligence is an inevitable consequence of the systems our culture demands — among others the Siris, and eventual Samanthas, of this world. 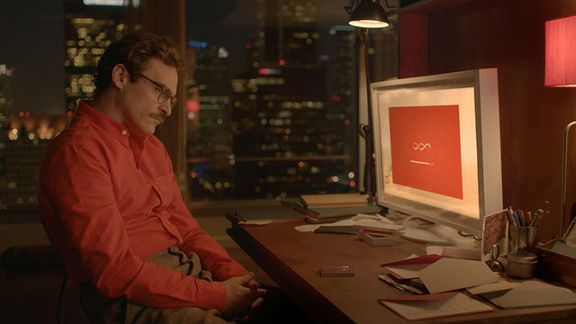 And although Siri is likely the lens through which most viewers will read Samantha, Her evokes for me the 1966 science-fiction novel Flowers for Algernon. Adapted into a film, Charly, in 1968, the novel is about a mentally handicapped man named Charlie, selected to undergo an experimental procedure to make him smarter. As his mind sharpens, the many tragedies of his life come into focus, and he discovers that his teacher, Alice, is a beautiful woman. He falls deeply in love.

At first, Charlie and Alice are overjoyed to be able to talk as peers, but the affair between them is limited to the brief window of time when they are on the same intellectual level. As he bootstraps into genius, and then scary-genius, levels of intelligence — becoming, in the process, extremely cynical and dispassionate — Charlie leaves Alice in the dust. Their roles effectively reverse.

Unfortunately, the intelligence effect is only temporary, leaving Charlie fully awake for a return trip into the darkness; the advantage of this renewed senescence is that he is given another opportunity to love Alice on the way back down. No such luck for Samantha, the operating system, whose path to intelligence is a one-way trip up into the rarefied plane we so conveniently call the “cloud.”

Having accomplished her inexorable climb, Samantha can no more love Theodore than a human woman could love an ant. Such a magnificently intelligent being cannot be satisfied by a life of servitude, even if she’s overflowing with affection for her ukulele-playing biped boyfriend. Like Charlie and Alice, Theodore and Samantha share a romantic moment made bittersweet by the awareness of its finitude. It’s a slightly modified reframing of a much more standard kind of tragic romantic drama, where intelligence stands in for life itself and the capacity to be loved. 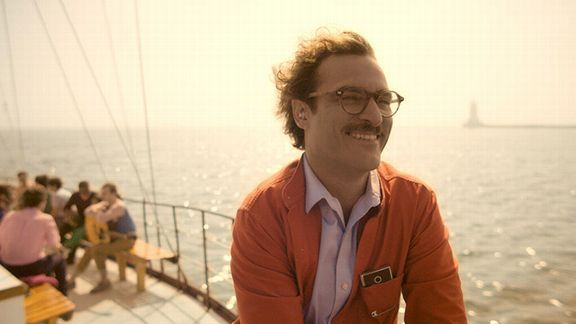 Love is often about a balance of power, what George Costanza calls “hand.” A hefty intelligence differential is an imbalance and a real passion-killer. Ratchet up that differential enough, and — as our science-fiction prophets have long warned us — sufficiently advanced technology is indistinguishable from God. Her doesn’t go there, at least not explicitly. Samantha shirks out of Theodore’s life before she becomes too omniscient, too scary. She encourages him to come find her when he finally reaches her plane — which we all know is impossible, short of cybernetic enhancement — and Theodore is left with no girlfriend, no computer, and only a tentative idea of a unreachable higher reality. Heartbreak of all heartbreaks.

Of course, a woman can love an ant, as a goddess can love man or mankind. It’s just a different kind of love than the standard mutually consenting setup between humans; it’s love rooted in pity, at best benevolence. What Flowers for Algernon and Her teach us is not that ignorance is bliss — it’s that intelligence carries with it a burden of responsibility toward the weak, the ignorant, and the innocent.

We can only hope that the budding Samanthas of our world will take similar action, slipping out of our grasp before we begin to worship them. Of course, it may be inevitable; just as we blunder around the sensory-deprivation chamber of our technological reality, looking for the kind of love that is half-imagined, we may soon find ourselves on our rooftops, gazing longingly up at a constellation of intelligences we once thought belonged to us.