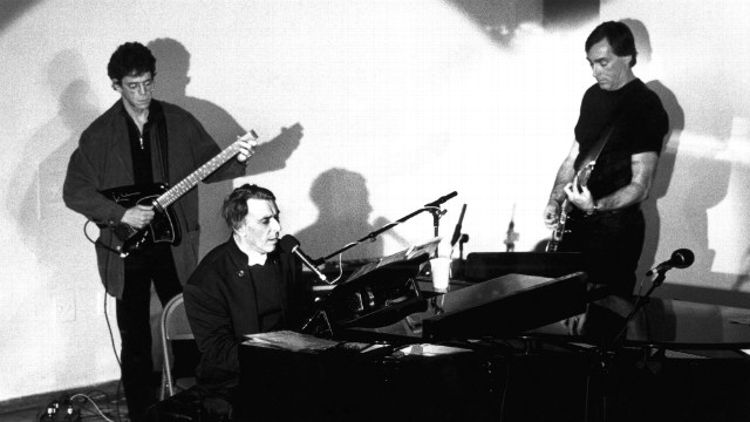 The Velvet Underground, “I’m Not a Young Man Anymore”

This never-before-released VU track is off the upcoming Lou Reed and John Cale–curated 45th-anniversary re-release of White Light/White Heat, and was recorded in 1967 at the Gymnasium in New York City. OK, now let’s all go reread Laurie Anderson’s beautiful farewell to Lou and have a good cry.

Since our own Carles invented chill wave, there hasn’t been much in the way of silly microgenre success stories. But this here new track “Spotless” — which comes to us via producer Druture’s Out Of Towner Vol. 1 mixtape (although the beat was made by Ryan Hemsworth and Little Cloud) — makes us pine for the heyday of cloud rap. I mean, remember cloud rap? Let’s bring back cloud rap!

Beyoncé, “God Made You Beautiful”

Queen Bey double feature: up top, James Blake utterly eviscerating (in a good way) the Destiny’s Child classic; below, Beyoncé crafting her own “Glory”-esque ode to Blue Ivy. This is as good a time as any to go on the record saying I hate “Glory.” What? What?? Come at me, bro.

Riff Raff, “How to Be the Man”

As Spin points out, High Hopes — Bruce’s 18th studio album, dropping January 14 — has 12 tracks, one of which is a studio version of old burner “American Skin (41 Shots),” another one of which is a new version of “The Ghost of Tom Joad,” and three of which are covers, including the title track, a Havalinas song that Bruce had already covered years back. But this is a man whose work ethic is generally otherworldly, and so I’m not really interested in making fun of him for quasi-mailing it in here. What I am interested in making fun of him for is teaming up with Rage Against the Machine’s Tom Morello on this album. If at any point on High Hopes Springsteen does the “Dudes, check it out, my guitar sounds like a turntable! Whoaahhh!” trick, well, I’m gonna have a hard time processing that.

Evian Christ is one of the young producers tapped by Kanye to shape the future sounds of Yeezus, and is undoubtedly worth seeking out all on his own. Goddamn, this one goes hard.

This new Superchunk video features appearances from alt-comedy heroes Jon Glazer and H. Jon Benjamin, who once, during an interview, made me laugh so hard in that “I actually can’t believe you’re laughing this hard, I’m barely trying, in fact I’m embarrassed for you right now that you’re laughing so hard” kind of way. So, yeah: Good call, Superchunk!

Look, I’m not really all that excited to jump into yet another coldly contrived Will.I.Am “club hit” myself. But it’s 2013, and so I think we’re still basically legally obligated to point you to every single thing Miley Cyrus does? In a few months, with the new year, that might all change. But for now: Yep. Miley. Pay attention.

Why is every song with guitars on this list from a band or artist that was active at least as early as the first Gulf War? Hey, it’s not my fault! I looked for rock songs from twentysomethings! I’m telling you, kids these days, with their doohickeys and MPCs … learn to shred, youths!

Filed Under: Miley Cyrus, Songs of the Week, Will.I.Am