Songs of the Week Surprise: Hey, Look, a New (and Free) Wilco Album 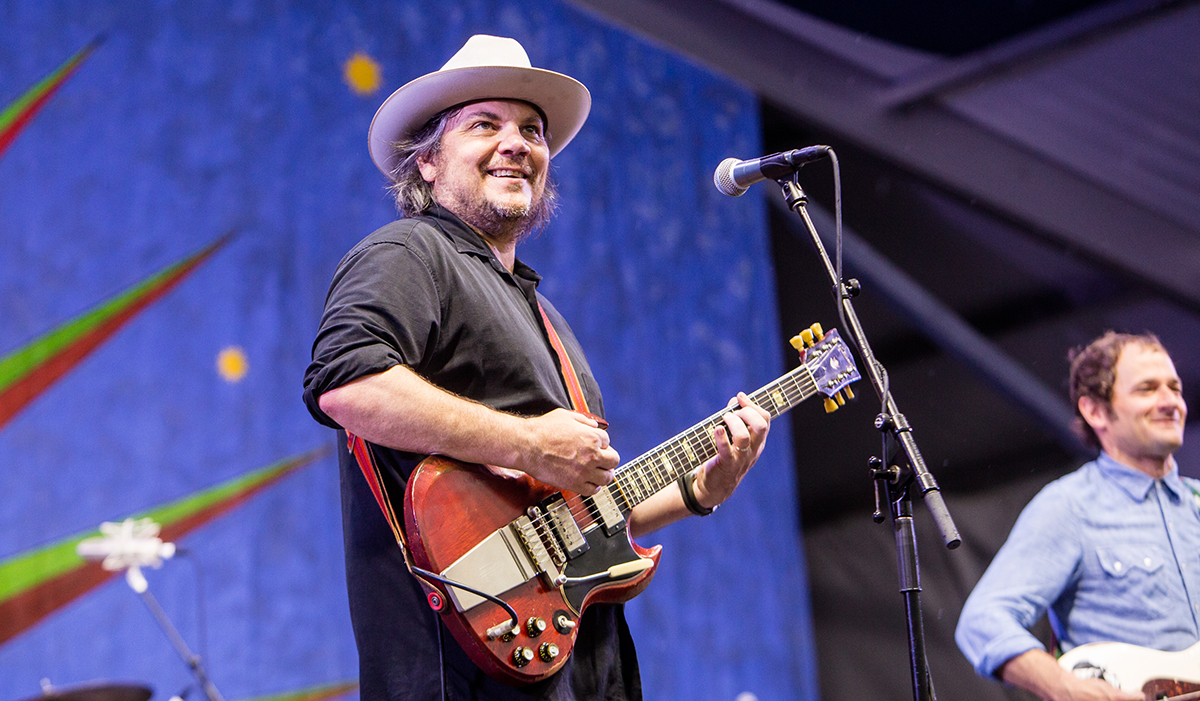 Wilco released a surprise free album on Thursday night. (You can grab it here.) It’s called Star Wars, and it has a cat on the cover — somehow, Ryan Adams didn’t think of this idea first. Snap judgment: This record reminds me a lot of Loose Fur, Jeff Tweedy’s experimental side project with Jim O’Rourke and Glenn Kotche — the guitars grind like candied gravel, the drums syncopate esoterically. Star Wars is likably tossed-off, shaking off any of the polish that’s come to define Wilco’s recent work. It sounds like the runoff of another, perhaps more fleshed-out LP that might still be forthcoming. But since we’re talking about Wilco, there are still plenty of well-crafted songs here. I suggest heading straight for the double-shot of “You Satellite” and “Taste the Ceiling,” the beauty and the beast at the heart of the record.

This has been my personal song of the summer ever since I first heard Currents back in April. Now that the album is finally out this week, I’m not as sure as some that Currents is Tame Impala’s best — the mind-shredding manic depression of Lonerism still feels like a more well-rounded meal. But Currents sure is a wonderful dessert, and “The Moment” is the delectable cherry on top.

Desaparecidos, “City on the Hill”

Just when it seemed that Conor Oberst was about to disappear into a middling Americana phase, he’s back with his delightfully rambunctious punk-rock project, Desaparecidos. I dig sensitive Conor, but pissed-off, anthems-spouting Conor is a welcome change of pace.

One of the most perfect songs I heard in the first half of 2015. Never has the phrase “our burned-out love” sounded so sweet.

Failure’s 1996 LP Fantastic Planet is perhaps the grunge era’s most unappreciated near masterpiece. It took 19 years for the L.A. band to make a follow-up, and yet the new The Heart Is a Monster somehow sounds like it could’ve come out in 1998. I mean that as a compliment — “Hot Traveler” is a fine excuse to reopen the Buzz Bin.

The Deslondes, “The Real Deal”

The way the Deslondes bridge garage rock, country, and bluegrass makes their self-titled debut a perfect soundtrack for soulful dirtbags and the people who clean them up in the morning.

This brainy Chicago band makes old-school indie rock of the best kind. “White Lodge” is a witty, nervy, and melodic dagger that exudes dread without completely giving up on the possibility of transcendence.

I’ve played Nervosas’s new self-titled LP every day for two weeks. Clocking in at about 25 minutes, Nervosas is loaded with goth-punk ragers that don’t skimp on the angst or sparkly guitars.

Protomartyr, “Why Does It Shake?”

This Detroit band crafts modern-day tales of urban noir better than anybody. This teaser from the forthcoming The Agent Intellect paints images of an upcoming apocalypse — false happiness rises, victims are piled high — that’s as unstoppable as the pounding drum pattern and buzz-saw guitar licks.

Have a good weekend, pals!