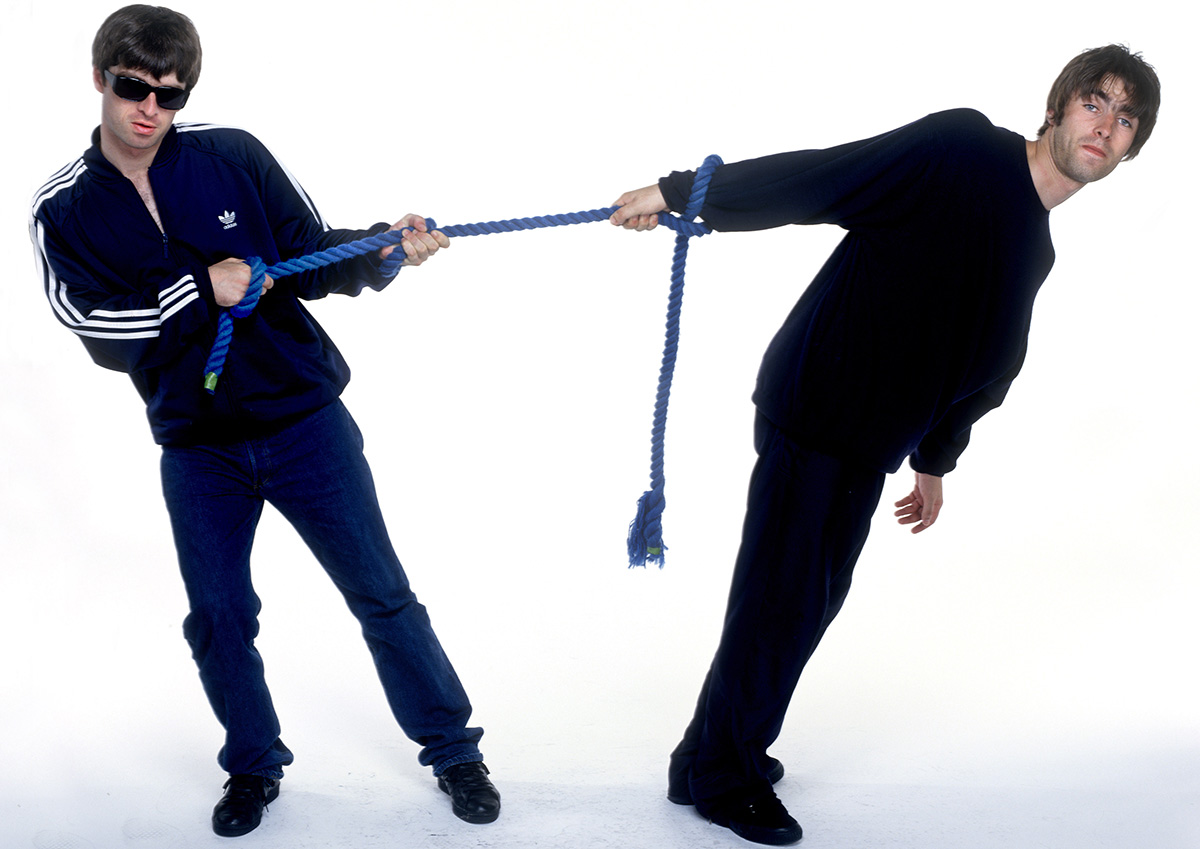 On Thursday, Blur announced The Magic Whip, the iconic Britpop band’s first album in 12 years, due out April 28. It’s actually been 16 years since Blur recorded with founding guitarist Graham Coxon, so if you’re a loyalist to ’90s rock that’s critical of American imperialism impinging on British culture, this is truly a momentous occasion. For everybody else, it might seem like another nostalgia cash-in, which to some degree it is. But this new song is pretty decent and maybe the album will be, too.

What makes a new Blur LP somewhat surprising is that Damon Albarn has been busy lately with a multitude of other projects — he’s talked about reviving Gorillaz and even doing another the Good, the Bad & the Queen record. And it’s still not even a year since he put out his first solo album, 2014’s well-received Everyday Robots.

I feel a pounding in my skull.

I have to stop for a moment.

Look, I’m trying to be fair-minded about this for professionalism’s sake, but I feel like a phony. Deep down, I think the new Blur song, like every other Blur song, sucks. This is not an informed, rational critical stance. It’s pure bias. I love Oasis, and therefore I hate Blur. Maybe you like both bands, which is a smart, reasonable, and totally gutless take. Or maybe you’re one of those people who say, “In the battle of Oasis vs. Blur, I choose Pulp,” because you also voted for Nader and argue that Six Feet Under is better than The Sopranos and The Wire. Whatever. The rest of the world only tolerates you, champ.

I’ve made my stand for 20 years. I’ve sort of made my peace with the silliness of it, but the Blur reunion news has unexpectedly refortified my resolve. My hate is indestructible!

As much as I understand intellectually that Oasis vs. Blur is an outdated dichotomy — Albarn and Noel Gallagher are practically BFFs at this point — my heart will not let it go. I am driven to wander the jungle, alone, fighting a war that has long since passed. It’s just the way it is.

Therefore, I am marking the Blur reunion news by passive-aggressively talking about Oasis. Did you know that Noel Gallagher’s High Flying Birds have a new album coming out March 3? This song is totally adequate!

And this song is totally adequate, too!

I have no idea what Liam Gallagher is up to. His post-Oasis group, Beady Eye, broke up in October, and Noel is now taunting him to “put his balls on the line” and make a solo record. Personally, I’d rather Noel wrote a song called “Put Your Balls on the Line,” but that’s just me.

Back to Liam: I was a little bummed by the Beady Eye breakup, which I’m sure is a sentiment never before voiced by anyone on the planet, including the members of Beady Eye. When I interviewed Liam in 2011, he uttered the phrase “Beady Eye music, mate” approximately 123 times in 15 minutes. He seemed committed to the project. He was building a brand, mate! I thought Beady Eye had a minimum of four indifferently received LPs in its system, but it had only two. Nevertheless, I always thought this song was kind of better than adequate.

Now, if I really wanted to slag Blur, I would mount an argument that in 2115, the only tune anyone will remember from the Britpop era is “Wonderwall.” (I guess it’s possible that “Song 2” will live on in history, but only as “the woo-hoo song.”) Oasis’s best songs are transcendent; Blur’s best songs are very much a product of their time, and while Blur is important to the history of ’90s rock, the relevance stops there.

You can’t tell me any Blur songs matters more in the culture than this. A hundred thousand people have never sung along to a Blur song at the same time.

But I’m not going to make that argument, because it’s too easy. Instead, I will wipe the floor with songs from second- and third-tier Oasis albums. I refer to the records not named Definitely Maybe or (What’s the Story) Morning Glory? or even Be Here Now, which lives on as “The Aristocrats” of rock-and-roll cocaine jokes. (It’s really long, it’s pretty tasteless, and the resolution is underwhelming.) I’m talking about the LPs that only deluded fanatics like me care about. Because even those records have songs that I wouldn’t trade for Blur’s entire discography.

I also love this Shoulder deep cut, because Noel obviously needed one more song, and maybe he was hanging out with some toddlers at the time, and he proceeded to just straight-up rip off a nursery rhyme.

When I was researching this article, I was shocked to learn that I actually owned 2002’s Heathen Chemistry, an album so inconsequential that you can’t see it when you hold it up to most mirrors. Regardless, I love this record, in part because Liam was starting to write good songs, an evolutionary leap akin to a monkey learning how to drive a forklift.

In case you can’t tell, I’m trying to drum up enthusiasm for an Oasis reunion. C’mon, Noel and Liam, you must rise up once again to meet Blur’s challenge! You don’t have to like each other. Get separate tour buses! Position your microphones at opposite ends of the stage! Sequester your groupies from the other guy’s groupies. But make sure you play this song.