Should You See It? A Curious Consumer’s Decision-Making Guide to Star Trek Into Darkness 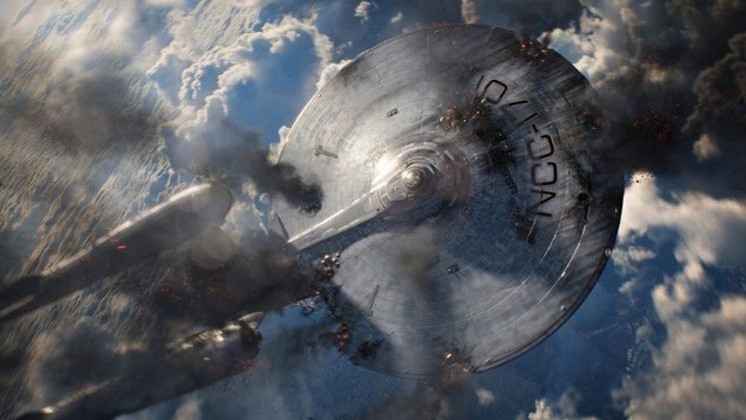 A little more than four years ago, the J.J. Abrams–directed, franchise-rebooting Star Trek arrived in theaters to the breathless anticipation of a millions-strong fan community simultaneously filled with the hope they’d found themselves an energized, engaged custodian willing to respect Gene Roddenberry’s sacrosanct vision, and the palpable fear that a big-timing Hollywood interloper was about to ruin everything they’d ever cared about, then escape through a wormhole made of money before they could exact their revenge for the appalling desecration. But Abrams said all the right things (except, you know, for letting it slip that he was always a Star Wars guy) and delivered blockbuster entertainment enjoyable by both the hard-core Trekker and the casual summer blow-’em-up-real-good moviegoer. The new, revitalized Star Trek opened to $75 million at the American box office and eventually finished its domestic run with a phaser-engorging $257 million. A franchise was reborn.

And so we fast-forward to stardate 05.16.2013 (note: not a valid stardate), four summers hence, and Abrams has returned to deliver the inevitable sequel, in fulfillment of the contractual prophecy etched into the wall of a Spock-sheltering ice cave by an advanced race of business-affairs aliens. Can Abrams once again pull off the massively profitable trick of satisfying both the core and summer audiences before tearing off his loosely affixed latex Vulcan ears, slipping into a Jedi robe, and taking stewardship of his childhood obsession? And, most important of all, should you support this latest Trek adventure with your ticket purchase? We’re here to answer some questions and help you make the best-informed decision possible.

Are you a Star Trek fan?

Take this to mean whatever you would like it to mean: fan of the original series, the original feature films, The Next Generation, Deep Space Nine, Voyager, the action figures, the metal lunchboxes covered in carcinogenic lead paint (with or without the “I’m a doctor, not a single mother who doesn’t have time to make a healthy meal for you every morning!” Bones thermos), that Star Trek Experience deal in Vegas you drunkenly stumbled into after losing a grand at craps, this video of the unique way that Commander Riker likes to sit down, the more ambitious Priceline commercials, whatever. We’ll even consider “I’m only into the J.J. Abrams movie, that was pretty OK” here, as personally distasteful as we might find such a Starfleet dilettante. Maybe you noticed that we referred to Star Trek fans as “Trekkers” and not “Trekkies” up top, or maybe you’re not even aware that such a distinction exists. Doesn’t matter. We’re big-tenting it here. Call everyone to the main deck, we’re separating the saucer and flying it directly to the multiplex on opening weekend.

You’re SEEING IT. That’s the way summer movies work. What are you going to do, stay home?

But what if you DID notice the Trekker reference, and you don’t want to be lumped in with people who like how Chris Pine’s bottomless cerulean eyes pop against his yellow-green shirt?

It’s Friday. The movie opened at midnight on Wednesday.

You ALREADY SAW IT.

And you’ve spent the past 36 hours working through some very complicated feelings about many of the things that happened on that IMAX screen.

You may have ALREADY SEEN IT TWICE.

What if you are very specifically only an Enterprise series fan?

Well, the Enterprise is in this one. That’s probably good enough? We’re not even sure you exist. We probably shouldn’t get this granular, to be honest.

SEE IT. But check out Behind the Candelabra on HBO, because SCOTT BAKULA IS TOTALLY IN THAT.

Do you like all the TV shows, but NONE of the movies?

What? Not even The Search for Spock? The Wrath of Khan? The one with the whales?

SKIP IT. Spend the weekend with Netflix.

Did you enjoy the first Abrams Star Trek reboot, even though you’d never self-identify as either a Trek or sci-fi fan?

Congratulations, you are precisely the person being targeted when the franchise was handed over to Abrams. You’re just looking for a fun time, and you don’t carry around all the burdensome fan baggage of crazy expectations. If this one’s good, cool. If it’s a letdown, whatever, Fast & Furious 6 is gonna be amazing. A car shoots out of the nose of an exploding plane!

Are you upset that Abrams is abandoning the Trek franchise in favor of Star Wars, which we all knew he always loved more from the very beginning, and are looking for a way to hurt him for this betrayal?

All your worst nightmares are coming true. Not only is the guy who annoyed you by explicitly stating he was trying to make Star Trek movies for people who aren’t Star Trek fans, but after he managed to win you over with his perfectly charming first attempt at a Star Trek movie, he’s running out for cigarettes right when you’re ready for him to dig in and really take the relationship to the next level.

Remember that time he said, “I didn’t love Kirk and Spock when I began this journey — but I love them now,” and you forgave him because he learned to love you? We mean, them?

You have power. Use it. He will ache like you ache. SKIP IT.

Do you have a giant list of “fan service” moments you require to fully enjoy your Star Trek Into Darkness experience?

You may want to bring one of those pens with a light on it into the theater with you. Because you are going to be checking off every single thing on that list. Neck pinches, mind melds, surprise cameos, callbacks, characters turning to the camera and delivering your favorite catchphrases directly to you with a wink and an arched, pointy eyebrow — it’s all in there. Some less-charitable people might call it “pandering,” but we’re calling it “giving the people what they want, until they choke on it and die in Caligula-level excessive bliss.”

Maybe BRING TWO PENS in case you RUN OUT OF INK.

Are you super into whatever Benedict Cumberbatch does, because he’s the effing best?

He’s in this! And he plays [Writer shot through temple by Bad Robot sniper fire] …

Are you worried that the movie has been pre-ruined for you because you mistakenly decided to look at the Internet at any point in the past six to 12 months, and may have been exposed to MASSIVE SPOILERS about, say, the identity of a certain character played by the aforementioned Mr. Cumberbatch?

Get over yourself and SEE IT. Because he plays [KLINGON WARBIRD CRASHES THROUGH NEARBY WINDOW, IMPALING INSOUCIANT BLOGGER] …

Oh, do you want Klingons to be in the movie?

We’re not saying one way or the other if Klingons are in the movie.

SEE IT and find out if there are Klingons in it, which there are. Oops.

Holy Q up in SpaceHeaven, you are in for a treat. You know how Abrams tends to lens flare it up like his life depends on constant incidents of lens flare, even when there’s no apparent light source to generate the effect?

It’s like he’s heard all the jokes about his lens-flaring proclivities and said, “You think you’ve seen lens flare before? Every single frame will intermittently glow as if lit by a million tiny laser-lighthouses. IN THREE GLORIOUS DIMENSIONS. Enjoy the scorched retinas, fuckers.”

Sounds like you should SEE IT. And WATCH THROUGH A PIECE OF SMOKED GLASS.

Uh-oh. This is a tough one. Two things:

1. This movie is in 3-D! Yay! You love 3-D. But:
2. It’s that awful kind of post-converted 3-D that’s added to make tickets more expensive and your headaches more severe.

SKIP IT … in 3-D. You will probably not vomit from motion sickness, though we MAKE NO GUARANTEES.

Have you ever wondered what it would look like if Robocop were stripped of his armor and reupholstered in sumptuous leather?

SEE IT. He’s like the WORLD’S BEST-CONDITIONED CATCHER’S MITT.

Do you want to watch Captain James T. Kirk copulate with a very attractive feminine humanoid life form? Or maybe even more than one?

You just know that Kirk’s getting his interspecies fuck on.

Do debates about the application of the Prime Directive get you just as hot and bothered as Kirk’s libertine sex life?

Who wouldn’t get worked up about that?

Don’t INTERFERE with the DEVELOPMENT of a PRIMITIVE ALIEN CULTURE. Unless you KIND OF HAVE TO.

Seriously, though. Is Cumberbatch playing who we think he’s playing?

Fine. We’ll spoil it for you. You asked for it.

He is an absolutely perfect Boba Fett.

Abrams really COULDN’T WAIT TO GET STARTED ON STAR WARS. He NEVER REALLY LOVED YOU.

The Baby Bachelor: Yeah, It's The Bachelor, But With Babies