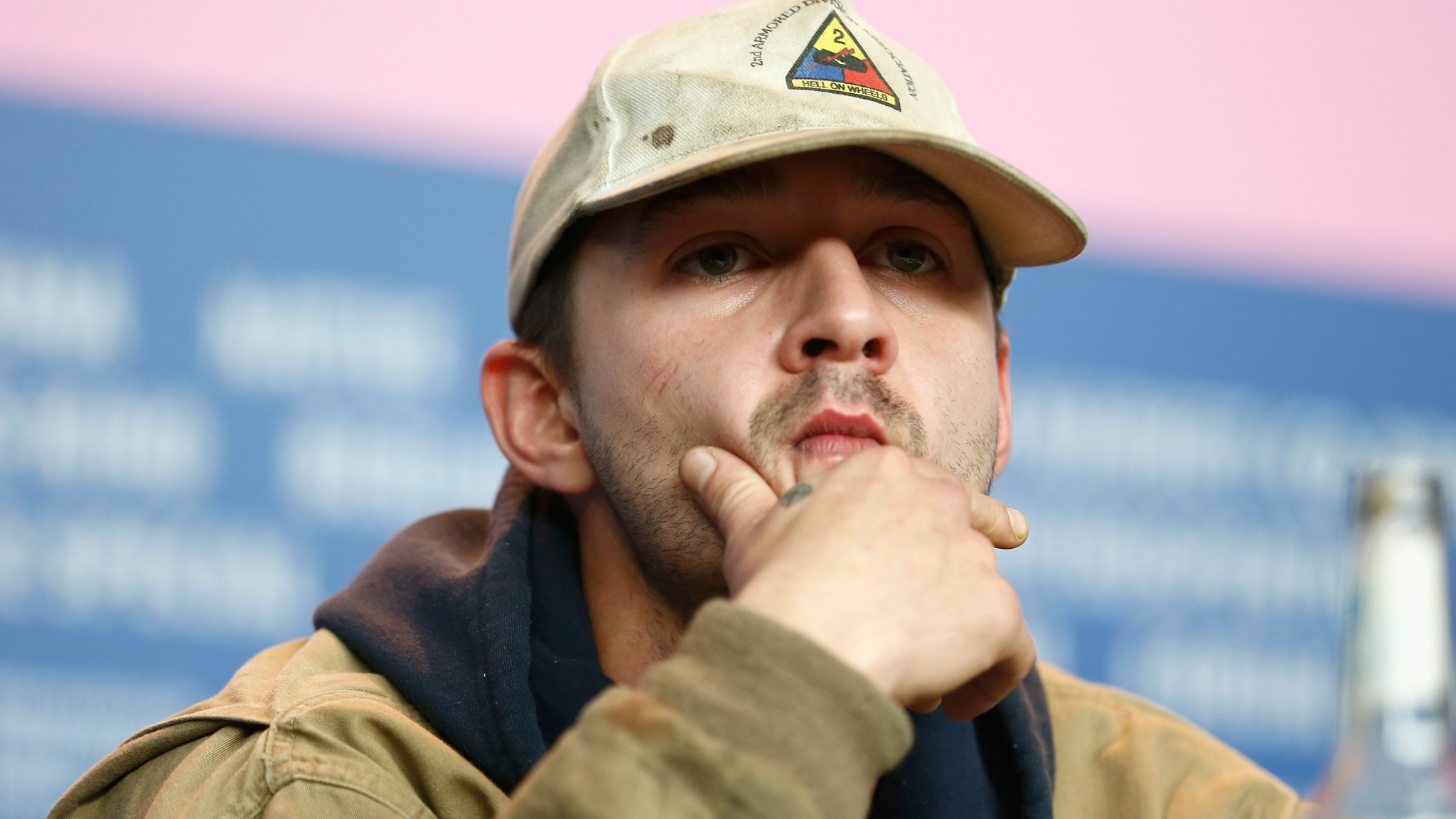 There are a number of articles about what happened with Shia LaBeouf last night in New York City. The basic word is that he was arrested for being disorderly during the first act of Broadway’s Cabaret, which stars Alan Cumming and Michelle Williams. But the really juicy reports are so, so much better — or worse, depending on whether you nurture a rooting interest for LaBeouf in June 2014. The New York Post has sources saying LaBeouf “went berserk in the audience” and was “hauled off in handcuffs to a station house — where he told cops, ‘I’ll fuck you up,’ called an officer a ‘f-g,’ and was muzzled with a face mask for spitting.”

So Shia has gone from wearing paper bags on his head and offering tearful apologies to strangers … to going feral on police. Should we have seen this coming? Does this behavior accelerate or decelerate the onetime Disney Channel star’s “I AM NOT FAMOUS ANYMORE” campaign? Do we even have time to wonder about these questions when there are more details being reported? No! I mean, “The Nymphomaniac star was slapping people on the behind and in the back of the head while smoking at around 9:30 p.m. in the Studio 54 theater, according to law-enforcement sources.” SHIAAAAAAAAA. What are you DOING, guy?!

It’s also being reported that LaBeouf was “incoherent” and “very agitated” when police confronted him. Another source says LaBeouf attempted to walk away from the officers, “but fell flat on his face.” At the station, he may or may not have said, “I have millions and millions of dollars and attorneys. I’m going to ruin your career.”

Was Shi-guy just wasted, maybe? Can we at least, uh, “hope” for that? “Honestly, I wasn’t thinking of drunk or drugs,” a witness told CBS. “I was thinking he was working on a role, because it was that extreme. If we didn’t know who he was, we’d assume he was a bum, literally, from how he looked and how he was acting.” Maybe he is a bum, even when you do know who he is? It’s either that or Shia’s now offering himself as the sneakiest/ickiest publicity generator of all time, for either Cabaret or the new trailer for Fury, a real movie featuring an actual role someone gave to this disaster of a man. And speaking of bums, more from CBS! “Two theatergoers [said] they saw LaBeouf in a ripped shirt a block away from the theater while they were walking to the show. They said LaBeouf was chasing after a man who appeared to be homeless.”

Until we get to the bottom of this rich debacle, you may go about your Friday telling your friends and family that Shia LaBeouf was arrested at a Broadway play — it happened, there’s a photo. Everything else could just be fairy-tale details, but LaBeouf was charged with criminal trespassing and two counts of disorderly conduct. That part’s real, too.