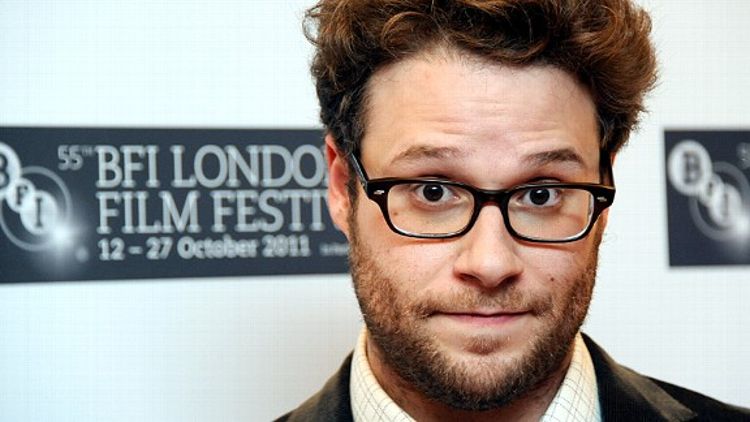 Seth Rogen will produce, and possibly star, in spy comedy The B Team. The plot revolves around the kidnapping of a secret agent, which leaves his crew of non-suave-gadget-inventor-types to rescue him. Unrelated, Rogen has just recently joined Twitter. His last tweet, as of publication: “Is there an episode of saved by the bell where screech pretends to be an alien. I vaguely remember one. Why the fuck was he doing that?” Grade: B [Showblitz]

Lady Gaga has announced plans to drop a new track on Christmas. The Tweet of note: “On Christmas Day I will leak to you an unreleased Song off Born This Way! It was recorded live, in one take, on the tour bus. Uncensored.” What’s that Lady Gaga? I can’t quite hear your far-away promises over the sound of the song Taylor Swift has already surprise-gifted us with (“Safe and Sound,” from the Hunger Games soundtrack). Ask yourself, America: Which relevant female pop star cares more about your holiday season? Grade: B [Billboard]

Timur Bekmambetov, the Russian director of Wanted and the upcoming Abraham Lincoln: Vampire Hunter, is teaming up with the Chinese director Eva Jin, on a Russian/Chinese adaptation of the Russian hit Yolki (Six Degrees of Celebration) which, terrifyingly, is a Russian New Year’s Eve. The remake, which will be an ensemble with segments directed by other producers, will be based around the Chinese New Year, and will be connected by a “young orphan girl who must deliver a message to the President and whose only hope is to use the theory of ‘six degrees of separation.'” Holy crap I hate this movie so much already. Grade: D [Deadline]

The Avengers will be released in 3D as well as 2D, Disney announced Thursday. It’s not out until May, so hopefully by then they’ll have figured out how to release it in 4D as well. Grade: B [HR]

Stromberg, a German version of The Office, is putting together a campaign to fund a movie version, and has already raised $1.3 million in a week of online crowd-sourced funding. People of Germany! May I also have some of your easily-given away money?! Grade: B [HR]

Filed Under: Grading the Trades, Lady Gaga, Seth Rogen, The Avengers, The office