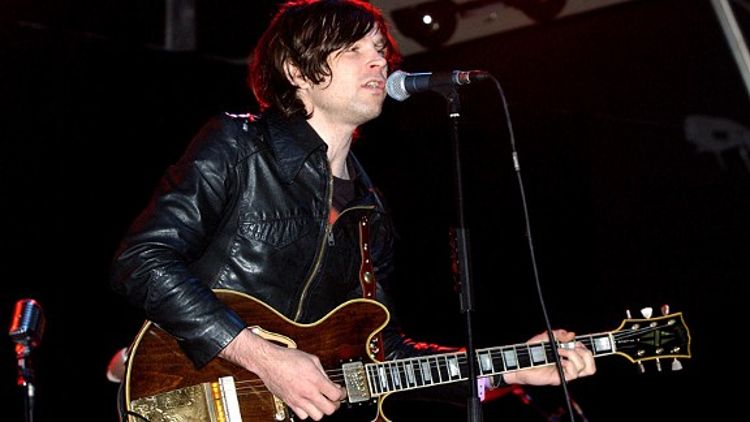 Ryan Adams is secretly one of the greatest musicians of our time. It’s difficult to make that case to those who never committed to any part of his troubled-yet-clichéd artistic journey. Mainly because his disjointed discography makes it impossible to judge based on the same criteria we’d use to judge a more traditional artist’s trajectory. Those who know what he is capable of are willing to give all of the new iterations of his artistic struggle a chance, just to see if he can return to his former greatness.

Ryan Adams’ latest album Ashes & Fire is out this week, and it’s been marketed as his ‘most traditional’ release in a while. Although the album is ‘fine’ and certainly ‘has its moments,’ it still feels a little too coherent. That’s a quality we’d praise in any other artist or band. The new album flows well, touching upon the usual themes of love, loss, and relationship-based epiphanies. Part of the fans’ agreement with Ryan Adams is that he has free reign to experiment, just as long as he reveals his innermost thoughts to us. Ashes & Fire feels alarmingly traditional — an album we knew he could write in his sleep, but also could have skipped in favor of something more ambitious, even if it fell short.

We’ve followed Ryan Adams’ struggle to decide whether or not it was worth it to put together a commercially coherent album, ever since he made Rock N Roll as a joke because record execs said Love Is Hell was too dark and unapproachable. Now that he has delivered a very uniform album experience, we miss his mixtapes of emotions and imperfections.

It probably doesn’t matter, though, because we have all already made up our minds about Ryan Adams.

I have always found it troubling that many of the people I know who are ‘really into music’ never gave Ryan Adams a chance. It’s probably because he sort of melted down in the era when he was supposed to just ‘go mainstream’ and ensure that he had one ‘song on the radio’ per album for the rest of his career. Ryan Adams could have easily had a different career where he was a honky staple of the ‘pop country’ market. His innovative spirit probably guided him in the right direction and saved him from complete self-destruction, but we are just now learning how to process his body of work.

Attempting to talk to someone about Ryan Adams usually means a discussion about a small subset of his albums. Most people were into the early stuff because he was pure and instantly appealing. Others appreciate the structure that the Cardinals gave him. Some of us are dark enough to identify with the rawness of the Love Is Hell and Rock N Roll era. I’m not sure what to say about anyone who is into his most recent work (after Easy Tiger). Probably that they should listen to his other albums so they can really ‘get’ why they are supposed to like him.

Ryan Adams fans aren’t just tapping their feet to a band and singing along to catchy lyrics. He has become a trusted friend whose songs are loaded with emotional resonance. It’s unclear if we are waiting for him to write a masterpiece or just continue to release a consistent stream of likable ditties. The last decade of his career is filled with a prolific output of quality records and songs, but a middle American might still know him better as ‘the guy who is married to Mandy Moore.’ He never had massive mainstream success, but he was certainly never a critical darling. Now that Adams can produce a ‘coherent’ album, it feels like we are entering an ‘era of historical readjustment.’

It’s a bit easier for a critic to justify his product now that they don’t have to sort through the emotions of a troubled man’s abstract space. It’s also easier for a standard consumer to see this ‘normal-looking and -sounding album’ in a banner ad on a relevant website and purchase the album on iTunes.

Ryan Adams won people over because his songs have always felt so genuinely vulnerable, making him one of the only modern artists capable of creating songs worth empathizing with. Maybe part of the Ryan Adams experience was rooting for him to win his battles with loneliness, disenfranchisement, and substance abuse. Without the aid of his random blog posts and tweets, I am still unable to tell if he is completely comfortable because this is the artist that he wants to be, or if he finally just started ‘playing by the rules’ to avoid future problems. Now that he is ‘put together,’ I’m not sure if I really know him anymore. I’m just holding on to a very fond memory that has left me with no complaints.

Ashes & Fire ends up feeling like most other Ryan Adams albums. Charming, well-intentioned, and flawed in the best possible ways. If it’s supposed to normalize Ryan Adams so he can reach new markets, I don’t think the coherency of the album experience paints an accurate picture of the Ryan Adams we’ve befriended over the past decade. People never believe you when you tell them how great your friends are, anyways.