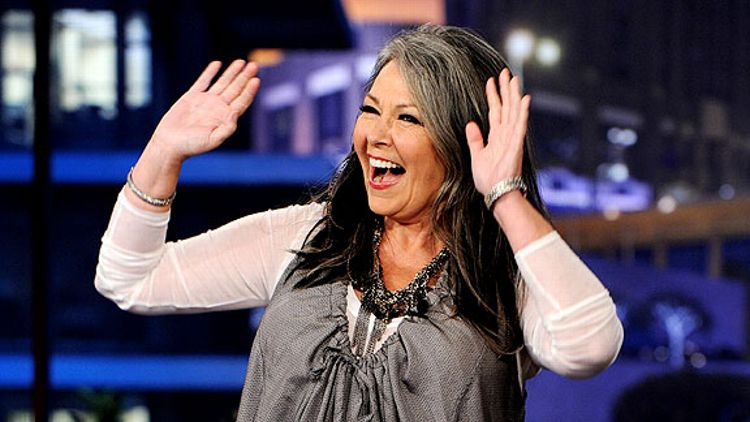 Following Tim Allen and Martin Lawrence back to TV will be Roseanne Barr, who just signed a script deal with 20th Century Fox TV to write Downwardly Mobile, a sitcom about an “an optimistic blue-collar family living in hard times.” Casting is underway for a third Becky. Grade: B+ [Deadline]

Mark Wahlberg will broaden his horizons with a role as a law-enforcement official in 2 Guns, an adaptation of Steven Grant’s graphic novel about a DEA agent and an undercover naval officer who waste tax dollars by investigating each other as each steals money from the mob in the line of duty. Exiting the project, which has been kicking around for a while, are Vince Vaughn and David O. Russell, who must have just realized there’s no law that says he has to direct only Mark Wahlberg movies. Grade B [HR]

That beeping sound is coming from your nepotis-o-meter: Ava Sambora, daughter of Heather Locklear and Richie Sambora, will join Judd Apatow‘s untitled Knocked Up spinoff as the best friend of a character played by Maude Apatow. Grade: C [Variety]

Morgan Freeman will join Jesse Eisenberg, Melanie Laurent, Mark Ruffalo, and Amanda Seyfried in Now You See Me as a jerk magician who makes a career out of exposing other illusionists’ secrets. Grade: B+ [Variety]