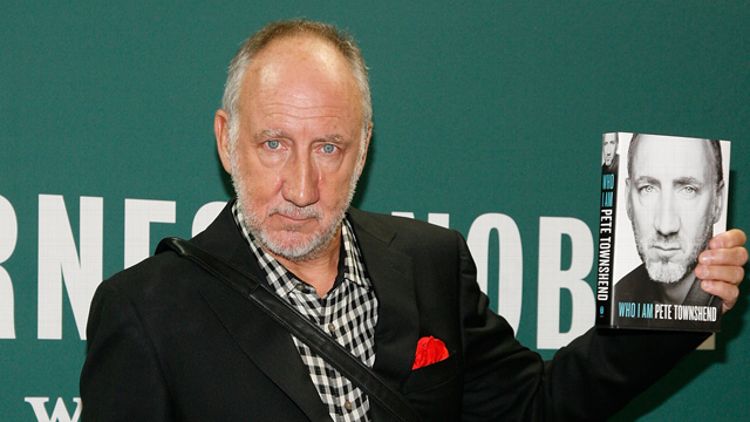 Welcome to the first installment of Rock Memoir Book Club! This is where I read rock memoirs — because, post–Keith Richards’s Life, there are suddenly a lot of rock memoirs — and encourage all of you readers out there to follow along. It’s perfect for people who like to read but are ambivalent about books written by actual writers. I’ll be focusing on newly released rock memoirs, though eventually I’ll branch out to classics of the form — take heart, Crazy From the Heat fans — so don’t be shy about making requests. In my more pretentious moments I like to think of this feature as a prolonged examination into the ways that rock stars attempt to manipulate their personae in the twilight of their careers, and how and why they succeed or fail. But mostly I think it’ll be fun to discuss books about drug overdoses and sexual humiliation.

My goal is for this to be a true book club. (I’ve never been a member of an actual book club, so I pulled my discussion questions from a website I found in a Google search.) In the future, I’ll be giving advance notice for the next book, so you can read along with me and be ready to hunker down with the discussion questions in the comments section. Or, if you fall behind, you can always revisit these posts and have your own Rock Memoir Book Club with friends. Or you don’t have to read the books at all, though any jokey references I make to The Long Hard Road Out of Hell will be lost on you.

OK, let’s get down to some rock reading!

Who I Am by The Who’s Pete Townshend

Discussion question no. 1: Did you feel that the book fulfilled your expectations? Were you disappointed?

In short, yeah, I was disappointed. Pete Townshend is on the short list for my favorite rock stars ever. As a budding classic-rock fan in high school, I considered him my guy; along with Kurt Cobain and Elvis Costello, he represented an “angry nerd” archetype that radiated strength and intelligence through a prism of outer gawkiness and severe insecurity. And I related pretty intensely to that. Unfortunately, the Pete Townshend of Who I Am does not project much in the way of power; instead, he oscillates between aloofness and recrimination. He spends many pages expressing remorse for cheating repeatedly on his long-suffering ex-wife, Karen, and drinking and drugging himself into a stupor during his child-rearing years. But he also glosses over the drug-related deaths of bandmates Keith Moon and John Entwistle without much comment (aside from calling Entwistle “an alkie, an addict, and an obsessive compulsive”), admitting that “throughout my life I haven’t been able to feel any great emotion when someone close to me dies.” Which is absolutely true, and not just when it comes to dead people. Who I Am is a dispiritingly cold book when it comes to the living as well.

Follow-up question: Based on several passing references to Moon and Entwistle’s hilariously fucked-up antics, does Who I Am have the unintended consequence of making Townshend seem like the least interesting member of The Who?

Discussion question no. 2: Would you want to meet the subject? Did you like him?

I’ve never subscribed to the idea that rock stars should be “likable.” Most interesting celebrities would not be likable if you knew them in real life. The problem with how Townshend comes off in Who I Am is that he’s not any fun. Take the following passage:

I took Krissy out to a trendy club in Baker Street where I was having a very good time — until I woke up in a Chelsea hospital with a six-inch Adrenalin needle sticking out of my chest. Apparently I had been found unconscious in the club toilets, having overdosed on cocaine. I was technically dead, but luckily for me I’d been resuscitated in time.

Let’s be honest: Anecdotes like this are why we read rock memoirs. Unfortunately, this sort of thing is in short supply in Who I Am, which dwells more on the aftermath of rock-star behavior than on the behavior itself. (This story is capped off a few paragraphs later by Townshend’s wife Karen hitting him over the head with a wooden spoon.) This probably makes Pete Townshend a good person, but it makes Who I Am a dull memoir.

(By the way, the best tale of rock-star ribaldry in Who I Am has nothing to do with Pete Townshend and everything to do with Peter Noone, the cherub-faced “Herman” from bad oldies-station staple Herman’s Hermits. When Noone’s band was touring America with The Who in 1967, the singer “had sex with a pretty young fan and her pretty young mother at the same time,” Townshend writes. “When the two females emerged from his room together, we gazed in stupefaction.” I know this barely qualifies as dirt since all parties involved in this illicit encounter are now a combined 350 years old, but I’m desperate here.)

Follow-up questions: Do you like Who’s Next less after reading Who I Am? Do you like Psychoderelict more? How does this change the meaning of “Mrs. Brown, You’ve Got a Lovely Daughter,” if that is a song you’re aware of existing?

Discussion question no. 3: What are some of the book’s themes? How important were they?

The narrative thread in Who I Am is a series of allusions to sexual abuse in Townshend’s childhood that he never really delves into with great detail. This is the MacGuffin driving Who I Am to its concluding chapters on the pedophilia accusations that nearly derailed Townshend’s career in the early ’00s. The degree to which this still haunts him is hard to quantify: The Who did perform a few years ago at the Super Bowl, though as Townshend writes, this appearance drew protests from child-abuse protesters. Even though Townshend has long since escaped legal punishment for his dubious “research” project, Who I Am seems at least partially motivated by his desire to defend himself. Which is pretty depressing if you’re a Who fan.

Follow-up question: Do you still think about Townshend accessing kiddie-porn sites when you watch the opening credits of CSI?

Discussion question no. 4: What was your favorite part of the book?

I’ll tell you what is not my favorite part of the book: Mick Jagger’s “long and plump” penis. Look, Townshend has long been open about his bisexuality; More than 20 years ago, he famously said “I know how it feels to be a woman,” so the “revelation” that he wanted to “fuck” Mick Jagger isn’t really news. What I object to is the use of the word “plump” in the same sentence as “Jagger” and “cock.” “Plump” is way too evocative in this context. I can’t read “plump” without Mick Jagger’s wang instantly appearing in my head. And now it’s in yours. Sorry.

Discussion question no. 5: Would you recommend this book to other readers?

If the reader is a Who completist, yes. But I think there’s an obvious truism when it comes to most rock memoirs: The more respected a rock star is, the less readable his or her book will be. There’s little in Who I Am that a well-read Who fan doesn’t already know.  But Townshend has nothing to gain by sharing the sorts of shady details that make rock memoirs sing.

Follow-up question: Which member of W.A.S.P. would write the best book?

In the next Rock Memoir Book Club: Peter Criss’s Makeup to Breakup: My Life In and Out of Kiss