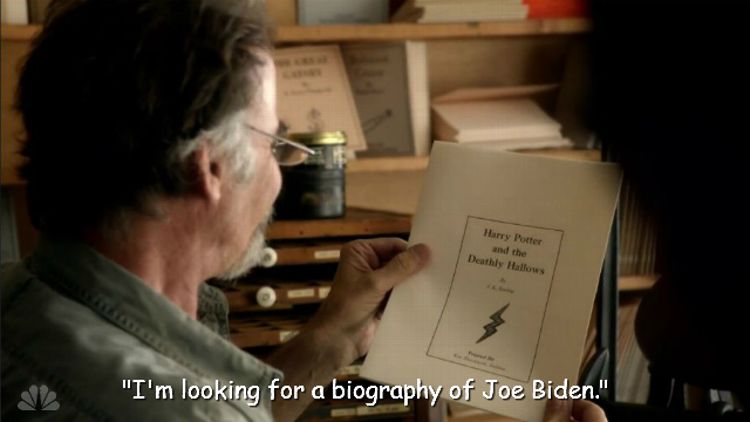 Yes, it’s true: The power-starved future of Revolution is a miserable shit-slog of an existence, one ruled by murder-thirsty militiamen who would disembowel you with a rusty scimitar for just one more sweet minute of iPhone time, even if there is the occasional surge of magical electricity to remind you of a less dire, more Marvin Gaye–blessed era. But this civilization, as hopeless as it is, has yet to totally collapse: Some brave souls are committed to preserving the best of our cultural heritage, even if they have to stave off the seemingly inevitable encroachment of the New Dark Ages with ancient tools. The children of Noblesville may not have Xboxes, or even those tiny remote control helicopters toy-carnies sell at every mall kiosk (we assume the mall has been overrun by hungry panthers), but they have at least one hand-pressed copy of the last Harry Potter.

And trains! They have trains. Glorious, steam-powered trains. To take them to Philadelphia. Blessings in the world of Revolution are always, at best, mixed.

(They actually don’t have a biography of Joe Biden. That was just some Resistance code for “Show me your flag tattoo and I’ll show you a real flag. And then we shall plot to destroy the train!”)

(They do not destroy the train.) 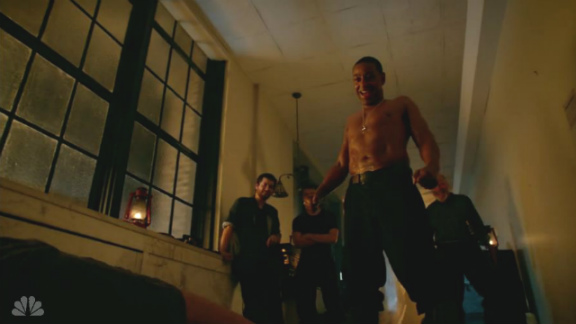 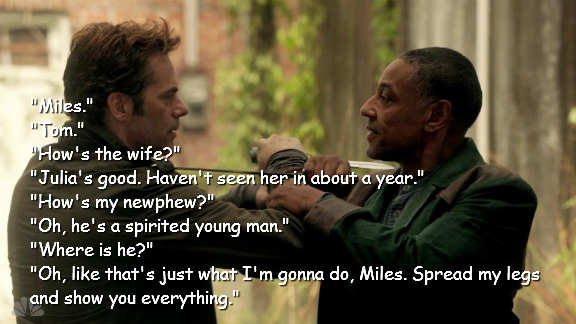 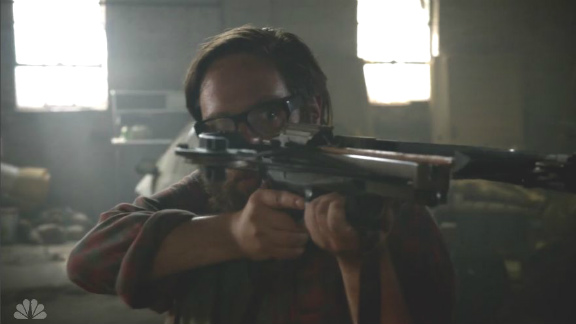 Come on, we are not buying for a single minute that Captain Googles knows how to operate a crossbow.

Oh, Yeah, This Episode Was Called ‘Soul Train,’ Because They Still Have Steam-Powered Transportation Technology, and at Some Point You Knew Some Fucking Horses Were Going to Chase a Locomotive 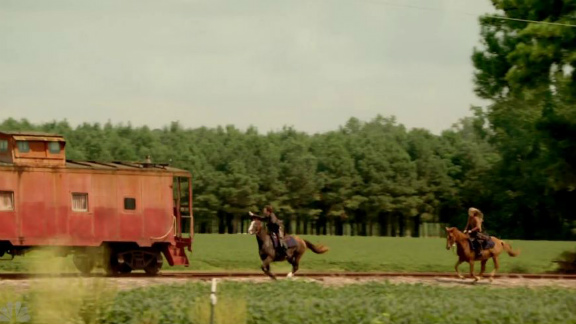 Too $hort Attempts to Make Microsoft Cool for First Time Ever