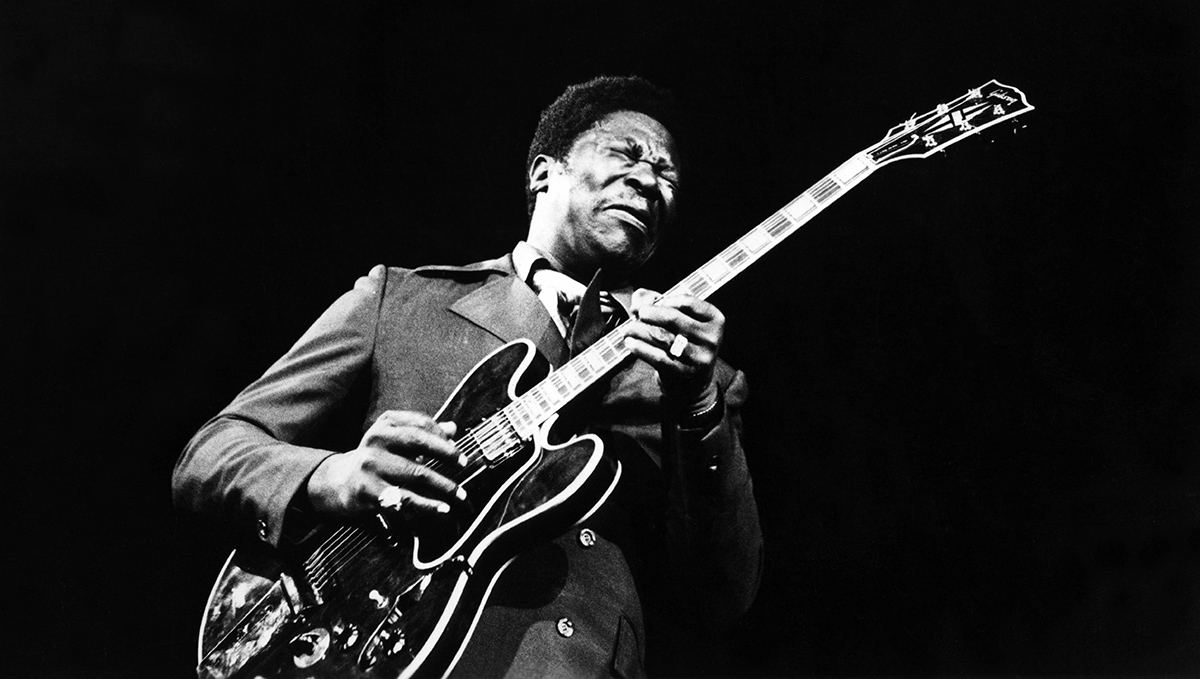 The news that B.B. King died Thursday night at 89 wasn’t surprising. Once one of the busiest live performers in popular music, King canceled eight shows in October after falling ill with exhaustion and dehydration, and he hadn’t returned to the road since. Two weeks ago, King entered hospice care. Like two other music legends who recently died, Percy Sledge and Ben E. King, B.B. King was a fragile human who created indestructible art. His time had come.

What’s amazing to contemplate now is that B.B. King’s music wasn’t always an elemental part of the world. King’s instantly recognizable sound, which contrasted his roaring, force-of-nature vocals with stinging, single-note guitar licks, didn’t come out of the ground or the sea. Rather, this music had to be created, then honed, then integrated into the very fabric of this country’s shared heritage. If we measure legends by how difficult it is to imagine a world before they existed, B.B. King takes a backseat to no one.

It’s weird to think of King as a pop star, but that’s what he was. In the ’50s and early ’60s, he played primarily for black audiences, learning his trade from teachers like his cousin Bukka White and his former patron Sonny Boy Williamson, who featured King on his late ’40s Memphis radio show back when King was known by his birth name, Riley. Later, on the Memphis black-run station WDIA, King was dubbed the Beale Street Blues Boy, subsequently shortened to B.B.

For the next 60 (!) years, King was a constant presence in music. He had his first R&B hit in 1951 with “Three O’Clock Blues”; six years later, he entered the pop chart for the first time with “Be Careful With a Fool.” He lodged another 34 pop hits after that, culminating with 1988’s U2 duet “When Love Comes to Town.” In 2000, King’s joint album with Eric Clapton, Riding With the King, became his highest-charting LP.

But King’s real focus was always on playing live. At his peak, he played hundreds of shows per year for an increasingly diverse crowd. By the end of the ’60s, white audiences finally started catching up, thanks in part to the efforts of bluesmen like Clapton and Steve Miller, who repped King in interviews and invited him to perform on their bills. This was where King began to transition from working musician to living myth. His reputation was that of a man whose singular guitar tone was widely emulated but never replicated. King’s Gibson hollow-body electric guitar, famously nicknamed Lucille, took on a mystique not unlike the sword Excalibur.

Here is King playing for an audience of exceedingly groovy white people in the late ’60s, around the time he scored his biggest pop hit, “The Thrill Is Gone,” a classic anthem of romantic ennui that King’s fire-and-brimstone vocal turns into an Old Testament sermon about desire and regret. King was in his mid-forties by then, a man of experience and gravitas. As far as the mainstream is concerned, there is no “young and frivolous” era of King’s career. He arrived with a past, as a guy who had seen and done some things.

King’s style was smoother than contemporaries like Muddy Waters and Howlin’ Wolf, so he translated easier to a pop context. But crossing over didn’t undermine King’s core blues bona fides. He didn’t dilute the blues — his proficiency was so calm and persuasive that it instantly disarmed people. King’s professionalism was reassuring in the way it is for Cadillac cars or Joe Montana leading the two-minute offense. For all of his smiles and easygoing charm, B.B. King at heart was a highly trained killer, and he knew it.

In the clip above, King doesn’t play much. That’s something his young, white admirers apparently never noticed — in spite of his guitar god status, King never showboated. When it was time to play a solo, King gently wrapped his left hand around Lucille’s neck and with his right stroked out several perfectly wrought notes, letting each drop of honey hit the ground below at just the right medium-slow velocity. Otherwise, it’s King’s power as a singer that’s overwhelming. A product of the Famous St. John Gospel Singers, which he joined as a young man in Mississippi in 1943, King’s ability to be expressive and yet also present such a cool and casual façade is Sinatra-level. B.B. King was a vocal god, too.

I didn’t see King play until 2010, when he was no longer the B.B. King you see in that video. It was at an outdoor music festival, and because King had taken to sitting on a chair during his concerts, I only saw the top of his head. That’s all I remember about the gig — not the music, just seeing the top of King’s head. But I remember it nonetheless. Like most of the people in the crowd, I was there to see the Grand Canyon, and I’m glad I did, because unlike the Grand Canyon, B.B. King only seemed immortal.