Rembert Explains the ’90s: Will Smith, ‘Gettin’ Jiggy Wit It’ 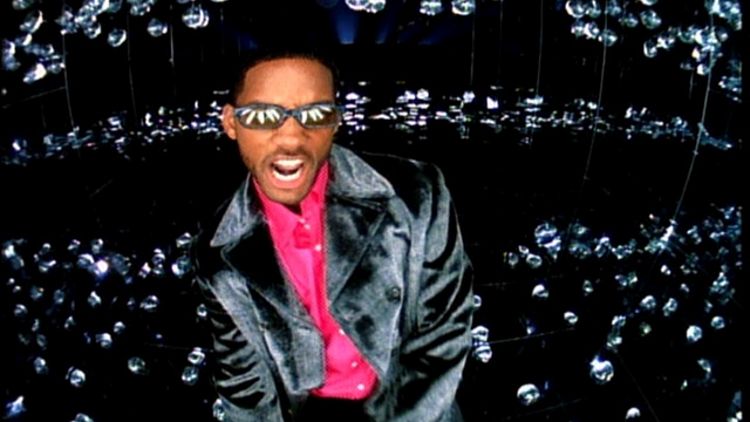 Welcome to our series Rembert Explains the ’90s. Unlike the source material for our previous, ’80s-themed series, these videos have been seen countless times, with the result being an unparalleled, almost embarrassing level of expertise. Rembert will write down his thoughts as he’s watching the video, then we’ll post those thoughts here. This week’s installment, selected by Hollywood Prospectus editor Mark Lisanti, is “Gettin’ Jiggy Wit It” by Will Smith (1998).

[Note: Rembert Explains the ’90s will be on hiatus until after the summer.]

Before beginning this short film of a music video, a few unfortunate realities about attempting to watch “Gettin’ Jiggy Wit It” on the Internet:

“Sorry about that.” That’s all you have to say? Also, who knew this video contained content from every possible entity that involves itself with content? What’s the big hangup, that three-piece flower getup, or the King Tut hats?

“TRY ANOTHER VIDEO.” You have to be kidding me, VEVO. Why is there an obvious conspiracy against Will Smith’s 1998 classic? Is this some sort of punishment for After Earth doing first-week Kreayshawn numbers, or is this Will’s doing, not wanting to subject his kids to a past world in which he was the coolest human alive?

Will is nowhere near the Michael Jordan level of “once the coolest, now the exact opposite and there’s no turning back,” but sometimes it seems as if he’s got the potential. Because he’s beginning to go off the deep end, and 15-20 years ago he was in a class of his own.

0:16 He’s just making noises and spinning around in shiny clothes, and it’s already better than every music video of 2013.

If you think you wanted this blue bubble Adidas tracksuit more than I did, you’re wrong.

0:20 HE BEGINS A VERSE WITH “ON YOUR MARK, READY, SET, LET’S GO.” Do you understand how charismatic you have to be to get away with that line as your point of entry into a verse?

Make sure you fully understand that before continuing with this video.

0:33 Disregard what I said about the “on your mark, ready, set, let’s go” line. The real sign that you’re on top of the world is:

And rapping it in all seriousness:

0:41 The background dancers with the one pant leg rolled up.

This “tough” look is in hilarious contrast to Mr. Smith’s next line:

When you unpack that statement, it really teaches you two things: (1) putting bad things in your body is unhealthy, and (2) do whatever you can to look cool in front of your peers. It’s like a section from Chicken Soup for the Teenage Soul.

0:51 “Yo, my car-di-o is in-fin-ite” is very above-average syllable phrasing.

“YOU WANNA BALL WITH THE KID?”

1:14 Will is 2-for-2 at beginning verses. Also, it’s startling how not a single word of this song has left my brain. Disturbing, even.

1:29 The “met Ali, he told me ‘I’m the greatest'” line seemed unlikely and slightly blasphemous in 1998. But then a few years later, Will played Ali. My point in bringing this up: Do we think Muhammad bought Big Willie Style?

1:34 This Egyptian-Sphinx-Pyramid-Tut scene is very “Remember the Time.”

Obviously not as good, but still entertaining.

1:51 Do we think Will gained Illuminati admittance before or after this video? The argument for before is that the Illuminati provided Will with King Tut’s actual headdress, the argument for after is that they witnessed his dedication to the organization through the imagery in the video and ultimately ruled that he and his future offspring were necessary for the future of the organization.

But I guess we’ll never know …

2:07 I don’t care what the rest of his career looks like, this man was in The Fresh Prince of Bel-Air, Independence Day, and pulled off the best fashion reveal in music video history:

This is the best.

2:19 Not to completely belabor a point, but just look at him, mid–”George and Weezy.”

2:21 I wonder if this guy and Will stayed friends after the video:

2:28 The following is still one of the more puzzling, indecisive rap lyrics:

“Never see Will attacking ’em
Rather play ball with Shaq and ’em
Flatten ’em
Psych
Kidding
You thought I took a spill
But I didn’t.”

2:42 An incredible transition, from “You trying to flex on me? Don’t be silly.”

The thing I learned from this lyric at an early age was, when attempting to defuse a potentially violent altercation, simply say “gettin’ jiggy wit it.”

3:18 Whoa, completely forgot about these two unexplained cameos at the end:

The only answer to their inclusion is “Why not?” It’s better that way.

Filed Under: Rembert Explains, Will Smith