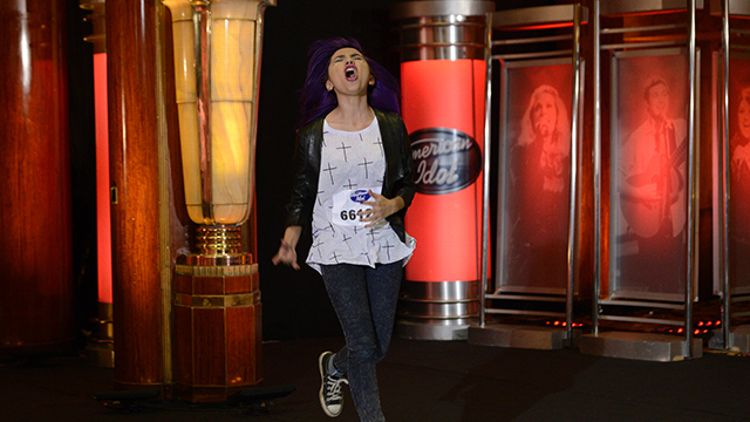 Welcome back to our series Rembert Explains the ’80s. Every so often, we’ll e-mail 25-year-old Rembert Browne a video from the 1980s that he hasn’t seen. Rembert will write down his thoughts as he’s watching the video, then we’ll post those thoughts here. This week’s installment was selected by Grantland editor Rafe Bartholomew: The Los Angeles Rams’ 1986 promotional video “Ram It.” If you have an idea for a future episode of Rembert Explains the ’80s, e-mail us at hollywood@grantland.com.

0:25 I sense high comedy in the near future.

The L.A. Rams seem to have just run off their team bus and are in the mood to do some cheerleader call-and-response. This can’t go anywhere but up.

0:28 These are the types of clips I’m glad haven’t been converted to high definition. This should always be viewed as blurrily as possible.

0:58 It’s a simple story, one of nonstop ramming. I wonder if we’re getting six minutes of this, or possibly some variation by minute four.

“I’m Big Bad Jackie and I’m starting us off …” For all the young rappers out there, know that there’s no better way to start a posse cut than by telling everyone (1) who you are, and (2) that you are starting it off. A true talent, that Big Bad. Sincerest apologies for asking who you were. That’s ignorance, not disrespect. Never again.

1:10 “We can’t sing and our dance is not pretty.” YOU LOCK IT UP, BBJ, THAT DANCE IS EVERYTHING, DON’T BE SO MODEST. YOU CHAMPION.

1:15 Worth noting: 75 percent of time the phrase “ram it” is uttered, it is accompanied by a thrust. Didn’t know if that was made clear.

Nicknames-wise, if Big Bad Jackie was an 8, Hollywood Hanson is a 4.5.

1:22 This Hollywood Hanson line is worth noting: “I like to ram it, as you can see, nobody likes ramming any more than me.”

1:28 This was said, aloud, then videotaped and shown to others: “I come from the end, looking for the sack, I don’t stop coming until I put them on their back.”

1:29 Are these the dads of the Seventh Floor Crew? Just trying to figure out if playing football and rapping about this subject matter with your teammates is nature or nurture.

1:31 Up next, someone who I think called himself “Limousine Willie.” I think?

He’s got some incredible neck and shoulder work going on. Never seen anything like it.

The next four images of the moves that go with the lyrics “when I pull the trigger, I’ll knock you dead,” might be our (America’s) finest hour.

This is my first NFL diva body roll. I hope it’s not my last.

What are your thoughts on ramming it, no. 60, also known as “Herc”?

1:44 “I learned long ago to ram it just right, you can ram it all day and ram it all night.” Not one for subtlety, that West VA mountain man.

2:11 After a 15-second pan of all the Rams ramming it against a guard rail, we’re back to business:

A few interesting things to note before we go on. First off, it’s clear only the realest rappers get their names in lights before they begin. So, shout-out to Mr. Hill. And secondly, nothing’s better than putting “Big Daddy” in quotation marks, but not “Big Bad,” the assumed nickname for Jackie. Due to this inconsistency, I’m forced to believe his actual first name is Big Bad and his last name is Jackie.

Or maybe his last name is Bad Jackie, and his first name is simply Big. Unclear for now.

2:14 “Big Daddy” just did a box step without lifting his feet. That’s talent.

“If you run at me, you’ll have a bad day.” Decent line, Babyface, but you should have gone with “If you ram on me, I’ll ram on you, harder, twice.” Or something like that.

2:32 It just hit me that every one of these dudes is getting a verse. Even “Speedball Brown, the fastest man in the whole damn town.”

Great front diagonal hair part, but this verse was WACK. I don’t believe his tales of ramming it. Not even for a second.

“WITH SHADES ON, I CAN CATCH A BB IN THE DARK.”

This video seems like an HR nightmare. You can’t undo this. Wait, is this why there are no Rams in Los Angeles? DID THEY RAM THEMSELVES OUT OF TOWN? ONCE EVERYONE WAS RAMMED BY RAMMERS, WAS IT NATURAL TO MOVE ON TO A NEW ENVIRONMENT, ONE PREVIOUSLY FILLED WITH LITTLE TO NO RAM?

2:53 The big hair on these cheerleaders is something I will always acknowledge as important:

3:06 Equally important: There’s a rogue saxophone in the background of the song that chimes in whenever it so pleases. You’ve got to hold out hope that one of the players will be the SAX MAN culprit. YOU HAVE TO.

Between rapping, saxing, and ramming, is there anything this man can’t do?

3:13 He’s all alone, because no one can step to his greatness:

We all just got rammed. What an honor.

3:33 I still can’t believe BBJackie just busted out that sax. I’ll never get past that, which shouldn’t be hard, seeing as HE’S STILL GOING:

I wonder, when Big Bad Jackie walks into a room, assumedly with sax in tow (and ramming it), do people immediately stand up, as if he were the President? I would.

3:45 We’re back to individual rappers. While I’m not upset, the song most certainly should have ended with the spirit of BBJackie hitting the SAX MAN high note, and then fading out. Because there’s no topping that, especially with this guy:

3:53 Actually, from a different angle, my respect skyrockets for this guy.

Also, for the kids, thank you, no. 55, for the self-censoring of “I’ll knock you on your a–.” The kids appreciate you.

I forgot Eric Dickerson was on this team. Throwing him in this late in the game is very 2 Chainzian of them. Big power move.

This is great to know. Begins to clarify Big Daddy’s line earlier, “I don’t want dick running over me.” Only slightly, though.

“But enough about me, we’re here to ram it you see, if you ram it just right, you can ram it all night.”

This song isn’t about football.

4:53 Now that the song is, hopefully, wrapping up, back to the biggest question: “Ram” It or Ram “It”? I think the gentlemen in this video have made it very clear what it is that is being rammed (a.k.a. the “it”), but there may be some variation as to how you ram. If that is the case, which I think is, then it would be “Ram” It. I think.

5:04 With that said, at least this collective spirit of ram has brought the team together:

5:34 At least they got to freestyle dance at the end. Seems like a great reward for five minutes of ramming side by side, all in the name of “it.”

Trailers of the Week: Upside Down, Somebody Up There Likes Me, Super Bowl Teasers, and More