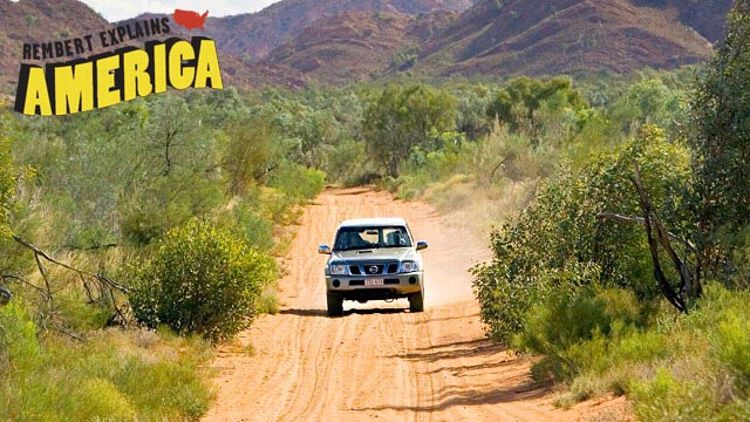 I couldn’t stop patting my weave. And that’s when it all made sense.

Driving through Tennessee, finishing my fourth listen of Yeezus the afternoon it leaked, I realized I needed a break. I was floored by the magic Kanye was delivering, but with the exception of the final track, “Bound 2,” it was putting me in a bad mood. With two hours remaining in my drive, as I wove through side streets, I threw on some Beyoncé.

The first song: the extended mix of “Get Me Bodied.” This is a phenomenal song, one that some have argued is her sixth-best track. Halfway through, Beyoncé begins instructing the listener to dance and behave in certain ways, and you, the listener, would be rude not to comply. No stranger to these moves, and taking the liberty to treat “ladies on the floor” as universally as “all men are created equal,” I obliged.

When you’re driving, it’s really hard to drop down low and sweep the floor with it. The shoulder-heavy “Uh-oh,” however, is highly conducive to small-town driving. In the middle of this sequence, with the windows down, I approached a red light, positioning myself next to a full car of people.

I should reiterate that I love this song, and pausing it at this point is no easy feat.

Understanding what was coming next, I rolled up my windows and took my hands off the wheel to follow Beyoncé’s lead:

Briefly looking over at the other car, I noticed the passengers were about to erupt with laughter. As the light turned green, I floored my accelerator, escaping their mockery.

I love this song. And at that point in this trip, after two straight weeks alone in a car, I knew that for better or worse, this was me at my most authentic.

It’s the safest space. There’s only one person who can laugh at you, who can tell you to stop singing off-key, who can tell you that that story you just told was stupid, and who can wince in disgust at the fast-food items you just put in your body. And that’s you.

It’s a balance of losing yourself in the moment and occasionally catching yourself behaving in such a way that makes you realize this is your truest self.

It’s the feeling of having no one around to call you out, but still feeling as if you have to act responsibly. So, in a throwback to wanting your gay friends to feel comfortable, you still quickly turn down the volume knob, even at the height of your “I Really Mean It” anthemic raps, when Jim Jones says “faggot.” But then, when no one is around to judge, the feeling of letting something “slip” seems empowering. Or worthy of relief, as in the majority of the time “nigga” appears in a rap song.

It’s knowing you’re not the best dancer but fully disregarding that fact while seated in the captain’s chair. And it’s, even while pushing 90 down the freeway, still attempting the high-difficulty Jackson 5 ankle work while narrowly escaping tangling your feet with the brake and accelerator pedals.

It’s being a perfectionist even when there’s no one to grade you on your performance. Like the time, while fully engrossed in a Jeffrey Osborne impression, you mix up when he sings “We both deserve each other’s love” and “Deserving one another’s love,” so you rewind the hook and try again until you get it right. Or looping A$AP Ferg’s verse on the “Work (Remix)” until you nail not only all the words, but also what sounds like a spot-on impression of Ferg’s vocal pitch.

It’s sitting in silence for hours at a time and writing your first book in your head. And then your second.

It’s feeling religion during a two-hour night drive soundtracked by Aretha Franklin’s Amazing Grace. And, due to the angelic nature of Aretha’s voice, questioning your relationship with organized religion. It’s a feeling that only intensifies as you become an active participant in the 41-year-old live recording.

It’s looking down and noticing a new development: your newish mid-twenties belly folding over your seat belt. And then looking at the handful of fries in your hand and stuffing them back in the bag. And then taking one fry out of the bag and eating it. And then, eventually, finishing the rest of the fries and saying aloud, “Last fries.”

It’s treating the steering wheel like an all-purpose instrument, one so versatile it masks the fact that you have not one musical talent, and allowing yourself permission to air-piano on guitar parts, air-drum on trumpet parts, and air-organ on organ parts.

It’s turning into your mother. Remembering rides after you’d graduated from the backseat to the passenger seat to the driver’s seat, and studying the way she reacted to her songs. The way she mimicked Otis and overenunciated “shaggy dress” in “Try a Little Tenderness” while slapping her knee and then 20 years later finding yourself doing it the same way. Or the side-to-side rock in Luther’s “Power of Love” and observing the notable switch to a front-to-back sway for “Love Power.” Noticing how she seemed to forget I was in the car when her songs came on, falling into this passionate dance, and the way it becomes the only way you know how to respond to those same songs.

It’s blasting the Allman Brothers’ “Whipping Post” or Pastor Troy’s “Vice Versa” and turning up the volume knob every 30 seconds or so, even though you’re fully aware that max volume has been reached, partially as a way of further losing yourself in the songs and partially as a way of satisfying your knob-savvy inner DJ.

It’s embracing egotistical masculinity in Kanye’s “Runaway” and self-conscious femininity in TLC’s “Unpretty”; it’s acknowledging your development by finally struggling to rap along with The Marshall Mathers LP and your endless immaturity in screaming the lyrics to Ludacris’s “Ho.”

It’s hearing a Drake song and then dancing like Drake.

It’s almost tearing up. And then, five minutes later, mean-mugging a family of four while passing them on the right.

It’s the unapologetic go-to dance moves. And the brazen vocal runs. And the unwavering allegiance to pop-punk. And the realization that you know the lyrics and ad-libs to thousands of songs and how that’s the thing about yourself you’re proudest of.

This was my June, a wonderfully lonely month that never got boring. Because, while alone, I wasn’t exactly by myself. Because, in addition to me, there was me. And then me. And, of course, ME.

With July comes a rotation of copilots; people whom, thankfully, I know well enough that I can continue to be myself.

But not my truest self. Behind the wheel alone, that’s when you’re at your best. And, potentially, worst. But definitely truest.

Or maybe it’s just me.