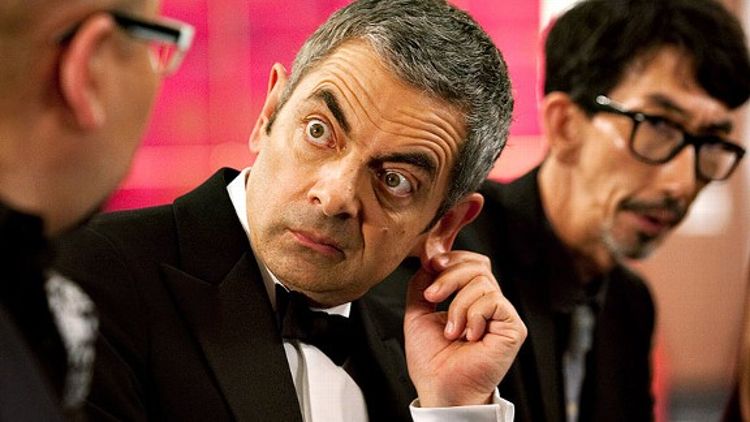 This Friday, Universal will release a movie that bears all the hallmarks of a Razzie contender. It’s a sequel to a movie that no one particularly liked the first time around. Its trailer features multiple crotch shots, wan jokes, and scenes of characters being hit in the face. It even has its fair share of respected thespians (Gillian Anderson, Dominic West, Rosamund Pike) debasing themselves for, presumably, of a paycheck. Its Tomatometer currently stands at 37%.

Sounds perfect, right? Sadly, though, we can personally guarantee that this film will not be nominated for Worst Picture. Why? Because the movie is Johnny English Reborn, it’s from a foreign country (Britain), and Razzie voters still haven’t gotten over their bias against “snooty” foreign films.

Just look at the numbers! In the past 15 years, only three foreign films have been nominated for Worst Picture: Spice World (British) in 1998, and Swept Away (British) and Pinocchio (Italian) in 2002. (The films of Uwe Boll, whose funding comes from countries around the world including the United States, are too muddled to assign to one nation.)

In this foolish xenophobia, Razzie voters are desperately behind the times. Perhaps once, American critics and audiences believed that a foreign film was de facto a good film. Movies like L’avventura and Four Weddings and a Funeral represented the cream of world cinema, and the very fact that they made it to American shores informed audiences that they were the work of important filmmakers and deserved attention. But that’s no longer the case! It’s 2011, and the explosion of viewing outlets for motion pictures means that a foreign film can be just as bad or unsuccessful as an American one.

So what accounts for the Razzies’ antipathy towards accents? Hard to say, since the demographics of Razzie voters is a closely held secret. But whatever its cause, it’s this kind of bias that leaves terrible films like Doogal, The Bridge of San Luis Rey, Modigliani, and Merci Docteur Rey without even a hint of Razzie glory. Get sophisticated, Razzies! The world is flat, or haven’t you heard? Stop ignoring worthy movies like Johnny English Reborn just because they’re from faraway lands where they speak a different language (British) from us!

This is quite a week for Razzie aficionados! In addition to Johnny English, Friday sees the release of the third in the “found footage” horror series Paranormal Activity. And many Razzie observers have long had high hopes for The Three Musketeers, which looks to be flouncy and wiggy and swordplayey enough to wow Razzie voters. It’s jam-packed with the kind of semi-anonymous young studs — Matthew MacFayden? Logan Lerman? Luke MacLermayden? — who regularly score Razzie nods (as Jackson Rathbone did last year). Consider Musketeers a contender in the Prequel/Remake category, as well as the likely winner should the Razzie administration reinstate last year’s one-off award for Worst Eye-Gouging Misuse of 3D. If the reviews are brutal, Musketeers could be a contender in all categories.

We had considered Anonymous (October 28), the was-Shakespeare-real? drama directed by Roland Emmerich, to be a possible player as awards season heats up. But then the unthinkable happened — it started collecting some terrific reviews. Were these good notices a fluke? If it turns out Anonymous is actually good, Emmerich may curse the heavens for his bad luck — he’s still never won a Razzie — but as Shakespeare wrote in All’s Well That Ends Well:

“Our remedies oft in ourselves do lie,
Which we ascribe to Heaven.”

Dan Kois is a longtime Razzie guru whose deeply personal memoir I’m No Flake: One Man’s Heroic Battle With Eczema will be released in November. Check out Razziewatch’s Twitter website page thing!