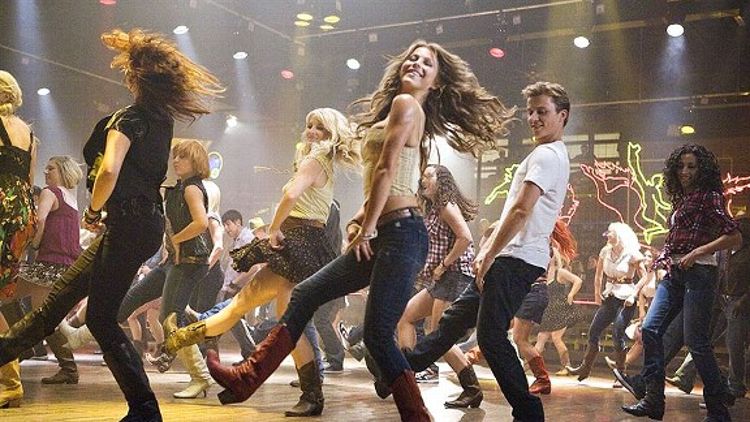 You know, awards seasons are difficult. Sometimes a movie comes down the pike that seems, for one reason or another, like Razzie bait. Maybe its premise is so stupid that one can only assume the movie was made as part of an elaborate Producers-type scheme. Maybe it’s a remake of a fondly remembered film from our youths. Maybe it was so beset with post-production problems that it seemed snakebit — and Razzie-bit — long before it ever saw a theater.

The point is, it’s the kind of movie that clearly exists for one reason: to win Razzies. Maybe it’ll be a hit; maybe it’ll lose some money. But everyone involved is mostly onboard for purposes of prestige. Directors know that winning a Razzie ups their rate instantly on the straight-to-video market. Actors and actresses have been dreaming of the day their names would join the roster of stars honored by the Golden Raspberries.

But you know what? It doesn’t always work out. Sometimes that movie you barely phoned it in for — the movie your agent promised you was a Razzie contender — turns out to be (gasp!) pretty good. Audiences aren’t repulsed as you hoped they would be. The reviews range from mediocre to mildly enthusiastic. What have you got on your hands? A Razzie disappointment.

Here’s a look at five 2011 movies whose Razzie hopes have been knocked out faster than a robot boxer facing Hugh Jackman (or whatever).

Footloose. Craig Brewer’s Footloose remake doesn’t open until Friday, and already it’s seen its Razzie hopes plummet. Why? Critics like it! Its Tomatometer is a disastrous 73 percent. Lisa Schwarzbaum may have dealt the movie its Razzie death blow with a flat-out rave (an A-??????) in which she calls it “energized” and “thoroughly winning.” Oof! Sorry, Craig Brewer, maybe next time!

Captain America: The First Avenger. A retro superhero movie set in the 1940s, with a star whose previous career high point was making the foolish mistake of not kissing Edith Zimmerman? Pshaw! Unfortunately, Captain America turned out to be the best, not the worst, of this summer’s superhero spectaculars — and a box-office hit to boot — casting a shadow on not only its own Razzie hopes, but those of next year’s The Avengers as well.

Real Steel. My own Hollywood spies had this one tipped off as a real Razzie contender, but as RazzieWatch Twitter fan urban_fervor pointed out, it’s suffering from a severe case of low-expectations syndrome. That’s right, just like Transformers: Dark of the Moon, Real Steel seemed so unpromising that most every reviewer pointed out that it Coulda Been Worse. The chief culprit? NPR’s Linda Holmes (“Loosed from expectations and sobriety, it has a sort of freewheeling good cheer”), whose photo should be printed out and taped to the wall by every Razzie PR maven under the headline, “DREAM KILLER.”

Rise of the Planet of the Apes. It’s hard to remember, $175 million later, just how unlikely a success this movie seemed. Another Apes movie? Starring the totally overbooked, overexposed James Franco? With apes just killing people like crazy? And presumably it would end with the apes in charge and burying the Statue of Liberty in sand? Nevertheless, audiences (and critics) got behind this prequel, dashing its hopes in every category, except for Worst Supporting Actress, because Freida Pinto is legit terrible.

Margaret. This one particularly hurts, I don’t mind telling you. I was primed to name Margaret my Razzie Dark Horse of the Year — in fact, the only reason it didn’t lead the dark horse list on the very first RazzieWatch post is because, at that point, no one even believed it would ever be released. Kenneth Lonergan’s follow-up to You Can Count on Me had five years of delays, editing battles, and lawsuits hinting that it might be a real fiasco for the ages — plus a name-brand cast (Anna Paquin, Matt Damon, Mark Ruffalo) sure to attract Razzie attention. And then? It turns out to be not only good but a kind of messy modern masterpiece, rapidly gaining a cult following among New York critics like Richard Brody, Matt Singer, and Keith Uhlich. What a disappointment! Fox Searchlight is doing its best to quell the praise, pulling it from all theaters in New York City as of this Friday and not even opening it in Washington, D.C., and many other major markets, but the damage may be done. Margaret can kiss her Razzie hopes good-bye.

Thank goodness there are still movies like Trespass that turn out exactly as bad as they look! This Nicolas Cage/Nicole Kidman thriller, directed by crapteur Joel Schumacher, is currently sporting a dismal 29 percent Tomatometer rating, and should muscle its way into the front-runners for Worst Actor, Worst Actress, and Worst Director.

The news that Universal has backed off a plan to offer the Ben Stiller-headlining comedy Tower Heist on video-on-demand just weeks after its theatrical release doesn’t necessarily mean it’s bad. It doesn’t even necessarily mean that the planned sixty-dollar ticket price might have been a bit outrageous. But it does mean that Razzie fans — always alert for any sign of trouble in a movie’s release, especially a comedy starring such Razzie pros as Eddie Murphy and Brett Ratner — have perked up their ears, ready to hear more. Stay vigilant, RazzieWatchers!