Q&A With The Canyons’ Paul Schrader: ‘I Said, “They Have Your Obit on Speed Dial, Lindsay!”’ 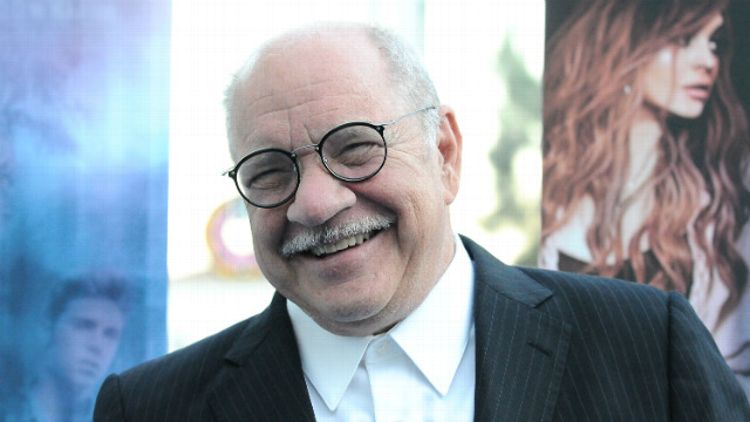 In a 2005 interview with Venice, Paul Schrader discussed cementing his legacy with just his second produced screenplay. “People have actually said to me ‘It must be terrible when one of your first scripts becomes a classic. How do you live up to that?’” said Schrader — who’d enjoy a long and healthy career both writing (Raging Bull, The Last Temptation of Christ) and directing (American Gigolo, Affliction). “And my response to that is, ‘Don’t you understand that it’s a wonderful film?’ … I know full well that in my obituary, the first line will mention Taxi Driver, unless I kill the president or something.” Well, OK, no, he didn’t go Travis Bickle on anyone — but it still might be time to update that obituary.

Hey Paul. Thanks for taking the time.

No problem. What else do I have to do with my life?

Can you tell me about the first time you read Bret’s script for The Canyons? Were you immediately drawn in?

Click here for all of our interviews with fascinating people from the worlds of sports and pop culture.
It didn’t happen that way. A year and a half ago, I was gonna do a film that Bret had written called Bait, kind of a shark movie, with Spanish money. And the money fell through, and it was the second time in a row that I’d had a film fall through, and Bret had also had stuff fall through. And so I just wrote him an e-mail and I said, “You know, fuck it, Bret. Enough of this. Film economics are changing: You write a script, I’ll direct it, we’ll pay for it ourselves. We’ll make cinema for the post-theatrical era.” So it began as a partnership. And in the end we each put in $30,000 and we got money from Kickstarter. I thought Bret was gonna rework some of the characters he already had, but he had a new idea. I liked his script, I liked his voice, I liked his cadence. I changed relatively little of it.

Did you connect with it on a personal level? Do you know people like these characters?

Well, you seem to have caught on easily.

It doesn’t feel like an old guy movie, does it? It is hard to kind of make a film that’s of the moment when 40 years separate you from the moment.

When you have Lindsay and James, are you directing consciously off their public perceptions? Or are you still hoping that the viewers get sucked in to the movie completely?

With Lindsay, we offered her a bit part at first because we were worried about her reliability. Something she could have done in a day. She read the script and said, “I want the lead.” So this notion of getting these two boldface names from outré cultures — one from the world of celebrity and one from the world of adult films — became almost irresistible to me. It was putting together elements to create a curiosity. Just putting me and Bret together was a start, and then putting us together with them carried us forward.

But its not a meta movie. You’re hoping, you’re trying to make a movie about [the characters] Christian and Tara, and not about James and Lindsay. With Lindsay not really being onscreen in a number of years, all people associate with her is her celebrity image, so it’s hard to get rid of. She would have to do three or four more films back-to-back to where they’d forget about that part of her life like they did with Robert Downey.

Do you think she can pull it off?

She’s not hirable because she has a bad track record of irreliability. And she has to do something about that. I had hoped this film would do that, and that’s why I brought in the New York Times. I said, “This is going to be great. The New York Times is going to be on set every day and see how punctual and reliable you are.” But that never happened! She’s gotta do it again. Be responsible and on time and the work will come.

You’ve talked publicly about her Adderall addiction. She just got out of rehab. Have you had a chance to see how she’s doing?

I’ve been in touch with her. I just got a text from her this morning. And you know, its not a magic wand situation — the old cliché is one day at a time. She has a lot of people rooting for her, and she also has a lot of people who hate her and who really wanna her to join The 27 Club. And that headline is already in type. I told her, I said, “They have your obit on speed dial, Lindsay!” But there’s a real support system for her if she can accept it. We’re all going to the Venice Film Festival and what she now has, is a sober, I don’t know what you would call it, friend, partner, handler. And when we go to Venice, she’ll be traveling [with that person].

Have you been keeping up with the flood of reactions to the movie?

There’s more out there than I could possibly read. It is a tsunami of social media. It’s sort of amazing, and truly exhausting, and a lot of that is genuinely mean-spirited, with a goal to getting hits and gotcha quotes, and an attempt to melt some publicity out of being mean to Lindsay. She has lived in that world for several years now, and in some ways she plays a part with her relationship with TMZ.

What do you mean?

Well, she gets paid. I don’t know how much she gets per call. It’s a real love-hate relationship there. She calls in information and they pay her, and then they trash her! The unleashing of all this control, where the performers become their own publicists — it’s the kind of anarchy in the world of the media of now.

The idea of behind-the-scenes drama enhancing, or augmenting, a reaction to a movie isn’t new. But does the particular reaction to The Canyons feel like something you’d never seen before?

Nothing I did on this film is like I did before. It was conceived and cast and made and promoted and now distributed through digital media. It was part of the attraction, seeing if such a thing could be done. Whether I could go into this terra incognita and start forging inland and see how far I can get. It was a lot more work than I’d imagined. But it was a very rewarding experience.