Q&A: Superchunk’s Mac McCaughan on I Hate Music, Not Breaking Up, and Keeping Things Fresh 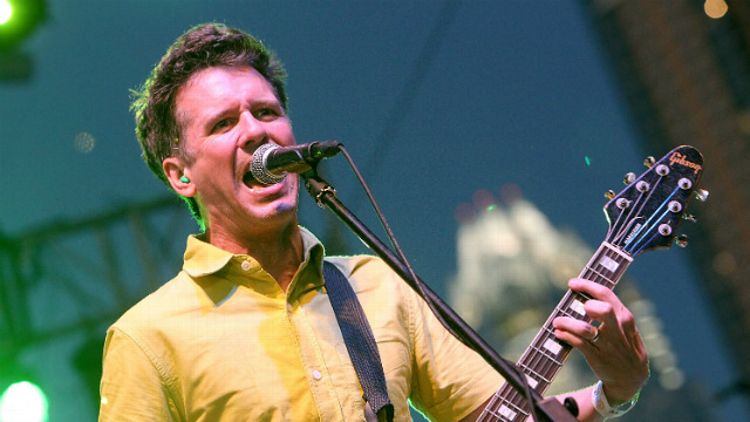 Next Tuesday, Superchunk will release its 10th studio album, I Hate Music. The record arrives with relative quickness after 2010’s “comeback” LP, Majesty Shredding, which ended a nine-year hiatus for the beloved indie institution. During the break, guitarist Mac McCaughan and bassist Laura Ballance built the record label they founded in 1989 to put out Superchunk records into one of the top independents in the music business. Today, Merge Records is home to Arcade Fire, Spoon, She & Him, the Mountain Goats, and many other great bands. But, thankfully, McCaughan and Ballance (along with guitarist Jim Wilbur and drummer Jon Wurster) still find time to assemble the sort of perfectly constructed, three-minute punk-pop songs that made records like 1991’s No Pocky for Kitty and ’94’s Foolish classics of passionate, no-frills, golden-era indie rock.

As Majesty previously demonstrated, I Hate Music shows that Superchunk can still make this kind of music as well as anyone. Last month, Grantland called up McCaughan to talk about the album, his most hated indie trends, and why Superchunk never broke up.

I Hate Music is a great title. It also rings true for people of a certain age. I’m in my mid-thirties and most people I know care more about Breaking Bad than new bands. Do you find that it’s harder to care about new music as you get older?

I think that music is something that’s easier to be casually engaged with when you’re younger because there are fewer other things that are pressing, you know what I mean? And I think the older you get, the more you have to work to stay engaged, but if it’s something you love, it’s not really work. For me, obviously, I have a record label and a band, so it’s not like I have to try to be engaged with music; it’s what I do with my life. But even for me, I have a family, and I can’t go see as many bands as I used to go see. So if it’s hard for someone like me to do as much musical activities that I used to do, then I can imagine, if it’s not something that’s part of your work, it’ll be even harder.

Click here for all of our interviews with fascinating people from the worlds of sports and pop culture.
But, you know, that’s obviously different than hating music. I mean, that’s just more like a choice, because there are only so many hours in the day, and for one thing, I think the way people buy or experience or listen to music now is not as good. I mean, stuff sounds shitty on a computer. MP3s sound terrible. Have you ever gone shopping for music in iTunes? Not really. You know what you want and it’s awesome that you can go find it when you want to, but it’s not like listening to records, or even CDs, in a store. It makes it easier to drift away from that as the focus of your life. Whereas if you’re watching your favorite TV show, that hasn’t really changed over the years, except for the itch to watch 10 episodes in a row.

So I think that has something to do with it, but like I said, it’s different than hating music, and I feel that song title is kind of a joke, obviously. It has double meanings in the context of the record. The line “I hate music, what is it worth,” it’s like it maybe doesn’t do for you what it used to do. You’re not 18; you can’t just go put on a record when something is bumming you out. The other time when I actually do have that feeling is when I hear something that somebody is pushing us or I’ve read a lot about, and I just go, like, “Oh my gosh, if this is what everyone loves now, I’m in the wrong place.”

Is there a particular band or trend whose popularity is especially confounding for you? Feel free to name names!

No, there’s just too many to name, you know? Trends come and go so fast. If you look through the records that Merge puts out, you know, we’re putting out Lambchop records, we’re putting out Mikal Cronin — which could’ve been a Merge record in 1990 — but we’re also putting out records that do have elements that peg it to being something more modern. So it’s not like we’re musical Luddites, it’s just that if you hear something and you have this feeling that no one is going to care about this in two years, but everyone seems to care about it now, it’s kind of a bummer. I feel like one of the things that we’ve always been attracted to is artists who are doing stuff that you feel is going to stand the test of time. The other day I listened to a Butterglory album, and that still sounds really good to me, which made me feel good.

Indie rock seems to be trending away from guitar-centric bands and more toward artists influenced by R&B, dance, and chart pop. Indie sites like Pitchfork are now devoting as much coverage to artists that “mainstream” publications focus on, like Beyoncé or Justin Timberlake, as they are underground bands. Given your perspective as an indie-rock guy going back 25 years, how do you feel about this?

In some ways I really like that idea in that a place like Pitchfork, which a lot of people read, isn’t covering just one kind of music. I mean, I’m always up for a good R&B song if it’s a good song, if it’s an interesting record. I’m not averse to stuff that sells a million records. I think that places that cover a broad spectrum of things are interesting and introduce you to things that you wouldn’t otherwise hear. But I guess, to your point, does Jay Z need any more press? If you’re reading a website that supposedly covers a broad spectrum of stuff, is something that everyone kind of knows about already the thing that you need to spend your column inches on? So maybe that’s what you’re talking about. But I don’t worry about indie rock as an endangered species. There have been terrible indie rock bands for as long as people have been calling it indie rock, so it’s not as though there are some genres that are good that we need to protect and some aren’t. It’s just finding the stuff that you like.

The records you’ve made since coming back from the hiatus have sounded — for lack of a better term — very Superchunk-y. It’s as if you consciously set out to make music that fans of your most iconic work would like. How aware are you of writing “classic” Superchunk songs?

I’m not trying to write songs that sound like Superchunk. I don’t have to try. It just sounds like that. But when you’re making a record every couple of years, you’re really looking for ways to make the process interesting for yourselves. What can we do that’s going to be different this time? On Here’s to Shutting Up, for instance, we would just start everyone on a different instrument than they normally played, like, “Jim, you play keyboard. Jon, you play guitar,” that kind of thing. I think it results in different kinds of songs, which is cool, but in some ways, it’s born of, well, we don’t want to repeat ourselves because we just made a record two years ago. I think with that big gap between albums, we just weren’t overthinking it so much. We were thinking, Let’s make a record that we want to make. Being able to step away from it for a few years, you get some perspective on what your strengths are. Whereas in the ’90s, we tried to play against type a little bit just to keep people on their toes. With these last couple of records, it’s like, “It’s more fun to play these songs in a way that we’ll be good at playing them, and in a way that people will like to hear, so why not do it that way?’”

You guys were very deliberate during the hiatus about not calling it a breakup. Why was it important for you to make that distinction clear for people?

I just think that we took a break for a while — and we were still playing a couple shows every year, so it wasn’t a total break. I think we all knew that we probably wanted to do something again at some point, so why put out a statement announcing something that we’d have to go back on? That’s just weird to me. I mean, the obvious thing is that we didn’t break up. No one stormed out of practice. No one said, “You can all go to hell, I’m never seeing you again.” There was no incident that screamed, “Wow, we’re never going to do this again.” It was just more like, “We’re exhausted, let’s take a break.” We didn’t want to get into the whole “Now we’re broken up! Now we’re back together! Reunion tour!” thing. I think there are bands that do that, that are very genuine. When they break up, they really didn’t think they were going to get back together again. But for us, that wasn’t really the case. It just didn’t seem to apply to us.

It seems like we’re in a period now where no band is ever really broken up. As a music fan yourself, when you hear about a band coming back, either to play a show or to put on a new record, does that make you feel excited, or is there a sense of wariness to that?

I mean, I guess that all depends. Part of me is wary, for sure. But at the same time, how can you begrudge someone for doing what they want to do? Who says that just because it’s indie rock, that it has some kind of expiration date? I’d go see Irma Thomas play, you know what I mean? I would never say, “Oh, Irma Thomas was great in 1973.” I went and saw Solomon Burke a couple years before he died; he was amazing. I don’t think there’s an expiration date for performing your songs, but there are definitely bands that, if I saw them the first time, I don’t need to see them again at Coachella. Like, I loved the Pixies, and I saw the Pixies a few times — I mean, I saw the Pixies before I even knew who they were, and I was like, “Wow. This blew me away.” They’re back and playing these huge venues, and I’m sure they’re awesome, but I don’t feel like I need to see it now. But that doesn’t mean — if I was 18 now, I’d be so excited that I got a chance to see the Pixies. So I feel like it certainly serves a purpose.

Really, it’s a lot of work, especially as you get older. It is a lot of work to put together a tour and do what you used to do when you were 22. I don’t think anyone is doing it because it’s, like, easy money. So, it’s really hard to begrudge anyone doing that.