Q&A: Inside Llewyn Davis and Oldboy’s Max Casella on the Coens, Spike Lee, Woody Allen, and Surviving The Sopranos and Child Acting 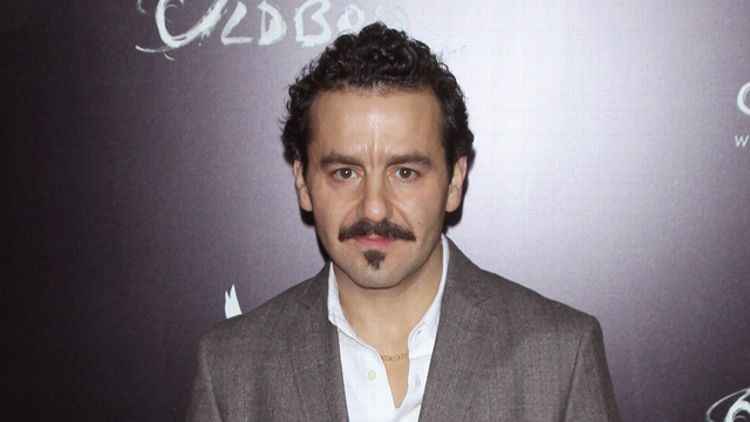 Almost 30 years into his acting career, Max Casella has had a pretty fantastic 2013. November saw him playing the host of a true crime show in Spike Lee’s Oldboy remake, and as of last Friday you can see his memorable turn as Pappi Corsicato, owner of the New York City folk music club the Gaslight Café, in the Coen brothers’ Inside Llewyn Davis. Earlier this year he played Eddie, a friend of Bobby Cannavale’s character in Woody Allen’s Blue Jasmine. He’s currently playing Bottom in the staging of A Midsummer Night’s Dream at Brooklyn’s Theatre for a New Audience, reteaming him with director Julie Taymor, with whom he previously worked when he portrayed Timon in the original cast of the Broadway production of The Lion King.

Of course, Casella’s been grinding it out for years. His first major role was as Vinnie Delpino, the wisenheimer best buddy on the late-1980s/early-1990s sitcom Doogie Howser, M.D. From there he played one of Ed Wood’s comparatively less colorful crew members in Tim Burton’s biopic on the trash-cinema director. Casella’s credits in the ensuing decades include film, television, voice-over, and theater work. In 2001 he joined the cast of The Sopranos in the show’s third season as Benny Fazio, and in the first season of Boardwalk Empire, he was Leo D’Alessio of the rival D’Alessio Brothers gang.

In this interview, we discuss how he got to where he is now.

With Inside Llewyn Davis, Oldboy, and Blue Jasmine, the directors behind them are all modern iconic New York filmmakers. This was your first time working with each of them on a movie. How was the experience different for each one?

My introduction to Woody Allen and to Ethan Coen was at the same time. On Broadway I starred in a play called Relatively Speaking, which was three one-act comedies, one of which was written by Ethan and one of which was by Woody. I was in both of those; the third one was by Elaine May, but I wasn’t in that. As soon as I finished that play, Woody called me in about a role in his untitled film that turned out to be Blue Jasmine. My audition with him was lovely, and he brought me in a couple of times to read for different things, and he gave me the part of Eddie. Filming with him was just a dream. He’s very helpful when he needs to be. He doesn’t like to talk about the characters that he’s written; he likes actors to come in and do a good job and not ask a lot of annoying actor-y questions. It’s not true that he doesn’t like to talk to actors; he gives direction in a very blunt and direct way. He doesn’t always look at you when he talks to you, but he reminds me a lot of my family and looks like my dad, who’s a Jew from the Bronx. There’s something very familiar about working with Woody. His writing is at such a high level that you don’t really need to ask him anything. I’m doing a Shakespeare play right now — I’m doing A Midsummer Night’s Dream with Julie Taymor. The writing is so great; it’s just right there for the actor. It’s like that. You just have to feel the lines and believe them and say them and fill them out.

The work’s already been done for you.

Click here for all of our interviews with fascinating people from the worlds of sports and pop culture.
Reading great dialogue as an actor is such a rare privilege. Likewise for Joel and Ethan Coen — their dialogue is just a joy to speak. Right after we finished Relatively Speaking [in 2012], we filmed Inside Llewyn Davis in February. Then in the summer I went to San Francisco and shot with Woody. Then in the fall I went to New Orleans with Spike for Oldboy.

Spike is another one. He has a very strong sense of what he wants. I felt very at home with him. He’s very much a neighborhood, New York guy. He’s very warm. He’s very supportive. He welcomed me with a hug. At the premiere I introduced him to my mom and he gave her a big kiss. He didn’t have to do that. He’s a real mensch.

I heard that Spike Lee’s original cut of Oldboy was much longer. Did you do more, or is what’s in there what you did?

I really liked your performance in Inside Llewyn Davis. The role you have reminded me of something they would have given Steve Buscemi 20 years ago.

Exactly. In their films, there are no throwaway characters. Even the superintendent of the building when Llewyn tries to get into Justin Timberlake’s [character’s] apartment, he’s got like one line, but every character is given a beautiful moment. They’re never like, He’s just a super, he just opens the door. If you think back, even the elevator operator in Barton Fink, he’s got that one great line, where Barton asks him, “You ever read the Bible?” And he goes, “I think so. Anyway, I heard about it.” It’s a fucking unforgettable moment, man, and their films are filled with those things. Every character is important. Even the peripheral characters are vitally important. That’s why their movies are so good.

Obviously, they do their research when creating a world, especially in this new movie. But how much of that do they share with you as an actor going into it?

They like to rehearse. I rehearsed with Oscar [Isaac] before we started. I got to see all of their vast research material, which was extremely helpful to me — photographs of the scene and Greenwich Village in the early 1960s. My guy is the owner of the Gaslight, so I was able to see all that stuff. They do talk to you a lot about the character and how they envision the guy. My character is not exactly based on anybody in particular, but it’s probably an amalgam of the actual guy who ran the Gaslight at the time and maybe another guy who owned a different club.

Before you made the movie, how familiar were you with that New York City folk music world?

I actually didn’t grow up in New York. I grew up in Cambridge, Massachusetts. Growing up, I didn’t really like folk music — I wasn’t a fan of Bob Dylan, I grew up mostly listening to rap and hip-hop; it was this new form of music. I discovered rock and roll a little later after that. It wasn’t until later on that I got my appreciation of folk music and Bob Dylan’s music.

My parents are from New York, and the period of time in the movie is when they were there — although my parents were jazz aficionados; they were jazz snobs. The jazz guys looked down on the folk music guys. They just looked at folk music as noise, a lesser form.

John Goodman’s character in the movie is basically giving that perspective.

That’s right. That’s exactly what he’s saying: “Folk songs, I thought you said you were a musician.” My parents were of that ilk.

Sorry to get sidetracked a little bit, but it’s interesting to hear you grew up in Cambridge, because I think audiences see you as this New York guy.

Even when I lived in Cambridge as a kid, I was told by my parents, “We aren’t really from here and we won’t be staying here for long, and furthermore, if you start to speak with a Boston accent, you’ll get slapped.” My mom was taken there by my dad under duress. He wrote for the Boston Globe; he was a newspaperman back then. Neither one of them liked Boston particularly, but because of them, I grew up there.

What type of stuff was your dad writing for the Globe?

He wrote a column on the economy. He was a big, big lefty. He ended up getting fired for being too lefty. There was actually a huge demonstration to rehire him, and they eventually did rehire him, but they made his life so miserable there that he ended up quitting. This was in 1972 or something.

What was his name?

So Casella is your mom’s last name?

Yeah. I haven’t seen my dad in 15 or 16 years. He’s now living in France for some reason. He was never someone that I was that close to. My mom really raised me, so I took her name before I ever thought about having a career. It was for personal reasons. My birth name is actually Max Deitch.

You’ve had a long career that’s included films, TV, and theater. When you’re out in public, what do people recognize you for?

It’s different. Doogie Howser was the first thing that I did that kind of broke me into the business, but that was such a long time ago. Not only was it a long time ago, but I was practically a kid, and I looked like a kid. I don’t even look that way anymore. Most people won’t recognize me for that anymore. But now I guess Boardwalk Empire or The Sopranos. Now I’m recognized for Blue Jasmine because everybody saw it here in New York. To be recognized for Woody Allen is so great, because sometimes you’re recognized for something stupid you did.

When you were on The Sopranos, you made it to the end, which is pretty impressive.

Some characters are more memorable if they do die off, but for stability I’m sure it’s nicer to make it to the end.

Yeah, it’s nicer so you can pay your mortgage if you get to stay to the end.

Looking back at Doogie Howser, you and Neil Patrick Harris have made careers for yourselves in acting as you’ve grown into men. A lot of times that doesn’t happen with child stars, though you’ve each taken very different career paths. When you were on that show, did you envision yourself becoming a character actor as you got older?

First of all, by the time I did Doogie Howser, I had been acting for 10 years. I already knew I wanted to be an artist and emulate Dustin Hoffman, Robert De Niro, Al Pacino, Jon Voight … I wanted to be a serious actor. I started very young, I started acting around 12 years old doing plays. My background is the theater, and I studied acting seriously. Throughout my career I’ve gone back to study. So when I got Doogie, I was not a child. I was already college-age, out-of-college-age. When you see child actors who don’t go on to have careers, it’s because they weren’t actors. They were kids who were cute and had a charisma about them, but they didn’t really want to do the work. The show ended, and they wanted to go back to their lives, because they weren’t really actors. Neil and I were actors to begin with.