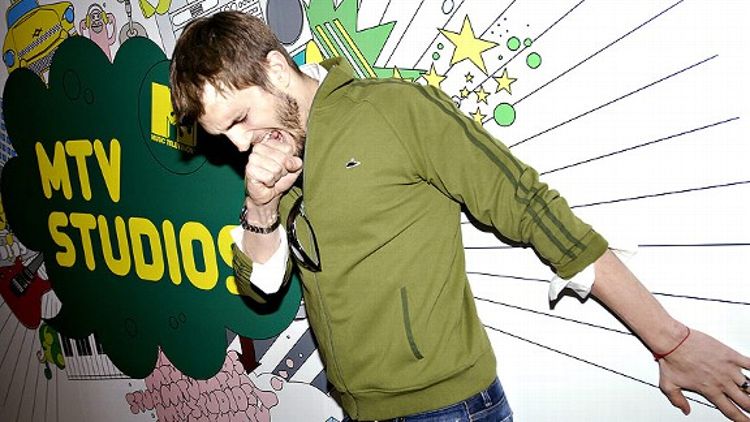 It had already been reported that MTV was bringing back Punk’d, its seminal hidden-camera celebrity prank show, but now it’s confirmed. With original puppetmasters, producers Jason Goldberg and Ashton Kutcher, on board, Punk’d 2.0 will launch sometime next year. A sneak peek will air during MTV’s New Year’s Eve special, in which the new host will be revealed. Originally, Justin Bieber was attached as said host, but there’s no official word on that. Is it possible our dude has gotten too famous to host a dumb T.V. show since this plan was hatched? If so: Cody Simpson, this is your big chance! Grade: D [Deadline]

It looks like Steve Jones, the host of The X Factor, has not sufficiently charmed his corporate overlords at Fox, and will not be invited back for the next season of the show. Also, Deadline clues us in on a funny story: Originally, High School Musical’s Corbin Bleu had Jones job, but was booted after Nicole Scherzinger, at the time booked as a co-host, wasn’t feeling their chemistry. Hilariously, she eventually moved to the judge’s table, rendering Bleu’s exile cruel and unnecessary. Wow, Nicole Scherzinger sounds like somewhat of a terrible person! In solidarity, I vow to completely boycott the Pussycat Dolls’ “Don’t Cha” for the rest of the afternoon. Grade: C [Deadline]

Dick Clark Productions is bringing back Bloopers, originally known as TV Bloopers when Clark himself hosted it a few decades back. It’s a syndicated program that already has clearance in a bunch of big markets, and it will feature “new bloopers, hidden camera gags and user-generated videos.” Yes. Perfect. I mean, is there a man, woman, or child alive who doesn’t love bloopers? This is such a no-brainer that the first blooper should be the footage of whatever T.V. executive is in charge being pitched this show and then immediately falling backwards out of his chair because of how obviously great the idea is. Grade: A+ [Deadline]

Joel and Ethan Coen’s folk music ensemble Inside Llewyn Davis has picked up Jeanine Serralles, a veteran theater actress who popped up in Two Lovers and Across the Universe. Never heard of her? Me neither! And, somewhere, upon reading of our ignorance, the Coen Brothers are all like “SMH.” Grade: B [Showblitz]

Braxton Family Values has birthed a spinoff, with eight episodes of Tamar & Vince set for fall 2012. Oh, man! Just wait until [famously outrageous Braxton Family Values character] hears about this! She’s totally going to [react in the manner for which she has become known and beloved]! Grade: C [Variety]

Filed Under: Grading the Trades, Inside Llewyn Davis