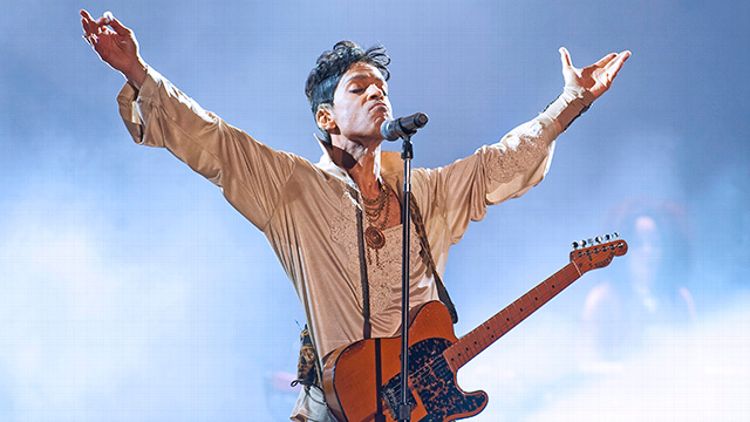 Last night … it was pretty weird, man. My Packers lost to the Seahawks due to one of the worst calls in NFL history. Meanwhile, I was in Chicago to see Prince launch a three-night residency at the United Center. Around the time that my team became the unwitting martyr in the league’s destructive game of chicken with its referees, I was sitting in a dark arena with about 20,000 people waiting for Prince to come out for his second encore. He had already played for two hours — it was, shall we say, an eccentric playlist that was long on music and short on hits. It was even shorter on his hits; throughout the night, Prince repeatedly pointed out that he had “too many hits” to possibly play them all, and yet he still found time to perform jammy versions of popular favorites by Aretha Franklin (“I Never Loved a Man”), Michael Jackson (“Don’t Stop Til You Get Enough”), James Brown (“I Don’t Want Nobody to Give Me Nothing”), Curtis Mayfield (“We’re a Winner”), The Time (“Jungle Love,” co-written by Prince), and Sarah McLachlan (“Angel”).

(Rarely has the national anthem of battered kittens sounded so uplifting, and yet so inadequate as compensation for the absence of “Let’s Go Crazy” or “Delirious.”)

The highest concentration of gotta-hear songs came at the very beginning — when the show kicked off with a killer one-two punch of “D.M.S.R.” and “Pop Life” — and at the very end, when the band was suddenly abandoned and Prince sang over casually selected and rapidly discarded pre-recorded backing tracks. (“I Would Die 4 U” came and went in seconds; “If I Was Your Girlfriend” slinked brilliantly in its aftermath.) All the while, Prince looked excellent in a black-and-white suit split down the middle, like his character Gemini in the “Batdance” video. “Chicago, who’s the best?” he asked before singing one minute of “When Doves Cry.” But even one minute was enough to make the answer to his question seem self-evident.

I waited 25 minutes for Prince to re-emerge. I’ve been to a lot of concerts in my life, and I’d never seen anything like this — it was as if Prince were conducting a psychological experiment on us, seeing how long he could keep the house lights off and not show up and keep us there on the chance that he might show up. Finally I walked out. Ten minutes later a friend texted and said the lights finally had been turned on to an angry chorus of boos. Then, after I got home, I read on Twitter that Prince came back on stage a half hour after that, when all but the most insanely patient people in the audience skulked out. Apparently he played “Little Red Corvette” and “1999.” I bet it was good.

My first Prince live experience and the Packers-Seahawks debacle will forever be linked in my mind, and not just because they happened the same night. To me, they both represent the reality of not being able to fully understand or control what you love, and this is what makes it fragile and unpredictable and human, if not necessarily enjoyable.

During the walk back to the car, my show buddy and I discussed that famous scene in Purple Rain when Prince persuades Apollonia to purify herself in the waters of Lake Minnetonka, only the lake she jumps into ain’t Lake Minnetonka. This scene was a metaphor for the entire evening, which made numerous promises for transcendent moments that Prince didn’t seem interested in delivering. At the end of an otherwise moving, churchy version of “Purple Rain,” Prince stepped up to play what’s supposed to be one of the most gorgeous guitar solos in rock history. Instead, he played just a few scattered notes and then set the guitar back down, as if he were shopping at a Guitar Center rather than performing for thousands of people who paid good money to see him do remarkable things like play the solo on “Purple Rain.”

In a profile written by Greg Kot that appeared this weekend in the Chicago Tribune, Prince says his current band is his favorite instrument. During last night’s show, at least, he preferred to use that instrument on pop and soul classics rather than his own catalog. Whenever he deigned to play stuff like “Raspberry Beret” or “Kiss,” he frequently passed the microphone to the audience to sing the words, a sure sign of boredom if there ever were one. But when it came to jamming Jackson’s “Don’t Stop Til You Get Enough,” he let the vamping by his band go on and on for seemingly days on end. Most musicians start in wedding bands and can only dream of one day achieving the creative autonomy that Prince has earned. Prince, in turn, has used that autonomy to assemble the finest wedding band known to mankind.

I have no idea what tonight and Wednesday’s concerts will be like. There’s a part of me that hopes they are as weird and unsatisfying and yet totally unforgettable as the concert I saw. Seeing Prince, I imagine, is like visiting the Grand Canyon. The Grand Canyon can neither be good nor bad on any given day; it just is. In the end, it’s probably enough to say you were there.

Filed Under: Live Music, Prince, We Went there

Hollywood Prospectus Podcast: The Emmys, the Return of The Office and Parks and Recreation, and More